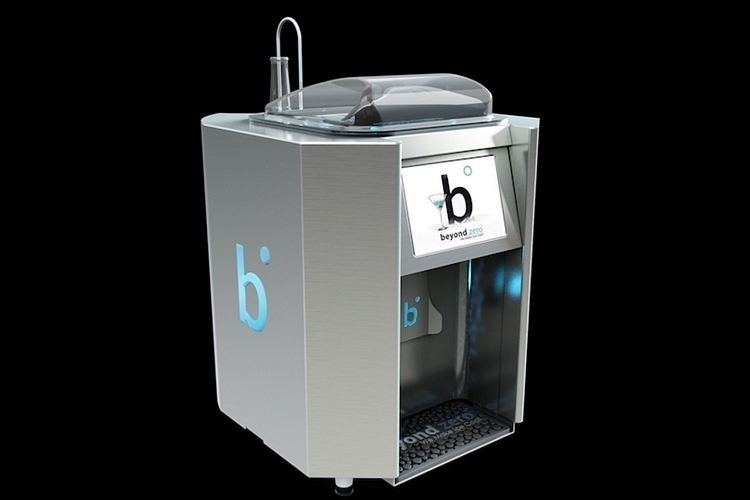 Yes, you can totally freeze alcohol. Problem is, home freezers can’t get cold enough to push alcohol into a frozen state, which is why you can leave a bottle of whiskey in a freezer for months on end and it will remain liquid the entire time. If you want to turn alcohol into ice, you’ll need something special. That’s where Beyond Zero’s Liquor Ice Maker comes in.

Billed as a “turbo ice machine,” the dedicated device’s sole mission in is to transform alcohol into its icy form. Whether you want ice cubes made of gin, tequila, or whiskey, this thing lets you get them in mere minutes.

In order to freeze alcohol, the Beyond Zero Liquor Ice Maker achieves temperatures as low as -112 degrees Celsius, ensuring it goes past ethanol’s -114-degree melting point. You can pour the alcohol from the top straight into the chamber, although they also have a facility that sucks it through a tethered tube, likely for bars and restaurants who will need to produce iced liquor in greater quantities. It can make up to four quarter-ounce cubes at a time, which it spits out in as little as three minutes (the higher the alcohol content, the longer the freezing time is).

According to the outfit, using iced alcohol in your drinks in place of traditional ice cubes ensures there’s no dilution in taste, so your drink never gets watery, no matter how long it’s nursed. Since the cubes also froze at lower temperatures, the drinks are also way colder, ensuring they’re a lot more enjoyable to drink.

No pricing yet, but the Beyond Zero Liquor Ice Maker is slated to come out later in the year.