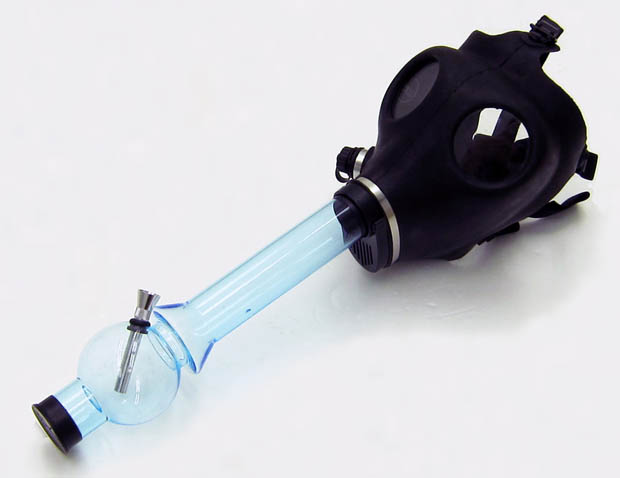 Tired of holding your bong every time you want to smoke?  We agree, keeping your claws busy is absolutely unnecessary.  Free up your hands while engaging in medicinal smoking sessions with the Bong Mask, a gas mask with a bong installed right on the snout.

Sold by Thanko, it’s definitely a new twist to the bizarre gadgets category the Japanese company specializes in.  Not that we’re complaining, since, let’s face it, a wearable bong sounds like a definite breakthrough for humanity.

The mask part of the Bong Mask looks like a regular issue gas helmet that can strap around your face.  Except, instead of some sort of filter on the nose and mouth area, it comes with a functional water pipe stuck to it.  That way, you can enjoy your tobacco, cannabis and whatever other smokeable you engage in, while leaving your hands unoccupied to do other work (like, maybe, play Angry Birds or something).

The Bong Mask costs 6,800 Yen (around $85).  Oddly enough, the funny folks at Thanko filed it under the Mother’s Day Décor category (at least, that’s what Google Translate claims), so it’s really double the awesome.