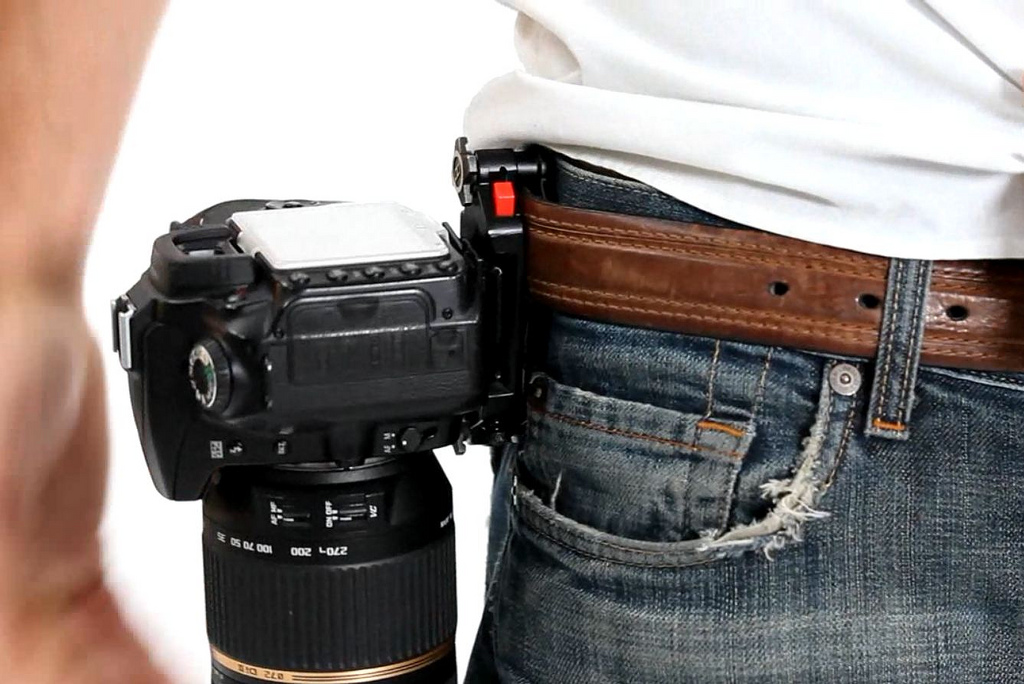 If you love photography, you know it can be a struggle  to have easy access to your most valuable piece of equipment, camera, without the need to carry it around in their hands for the whole day. The traditional method of placing it back in to the bag after every shot might ensure that the camera stays safe, but it really isn’t conducive to capturing those photo opportunities that can pass by in just a matter of seconds. 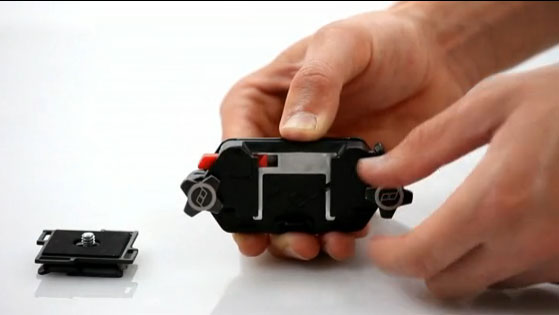 Looks like we soon will have a product in our hands that offers both convenience and security for every keen photographer out there, through a simple yet ingenious method. When put in basic terms, this item clips to the belt and then holds the camera there, making it easy to quickly grab it and shoot in a matter of seconds. This means that every opportunity for a great snap can be maximized, leading to a far more productive day behind the lens.

Invented by Peter Dering, the holder works in the same way that a tripod does, which means that nearly every single type of DSLR camera will fit on to it in a secure way. Much like a tripod, this fixture is sturdy and can guarantee that the camera will not move around and get damaged, although unlike a tripod the mechanism has been strengthened, as it has to also fight against gravity. 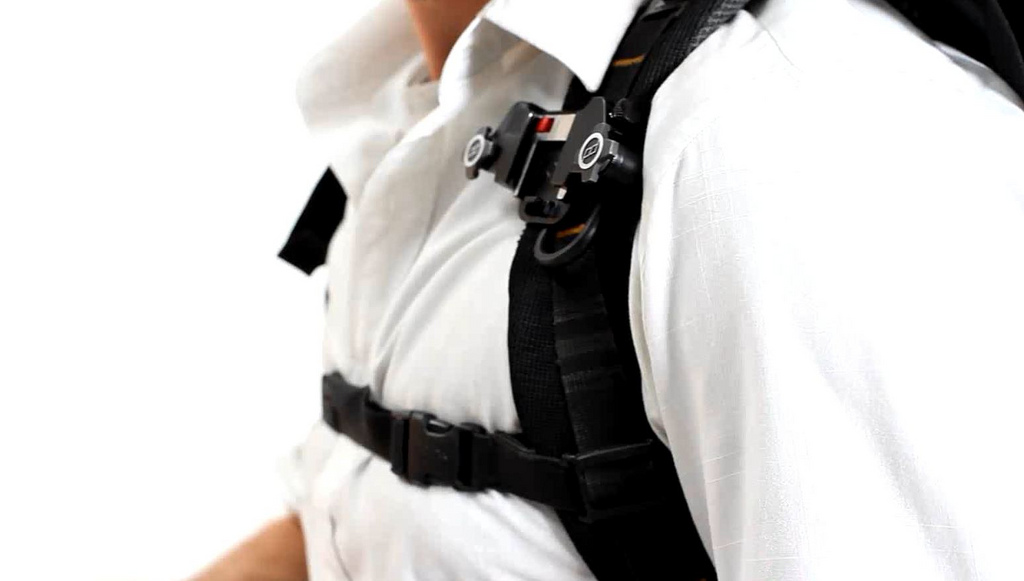 Perhaps the most impressive feature of this product though is the quick release button, which is positioned in such a way that it is easily accessible but not easily knocked. This one button system allows the camera to be freed from the holder in a matter of seconds – unlike when taking the camera out of a bag, which can take minutes. For those that worry about security more than speed, there is the option to disable the

one click release of the camera though. This makes the owner have to both press the button and twist the camera at the same time in order to release it – therefore making it far more secure and also much less vulnerable to theft.

In conclusion, this is an extremely simple design and it is surprising that nobody came up with the idea sooner. It will be a great addition to any photographer’s arsenal and would make a perfect present on any occasional for an amateur snapper.