Cardboard Karaoke Offers A Cheap, Portable Way To Bring Karaoke To Your Home 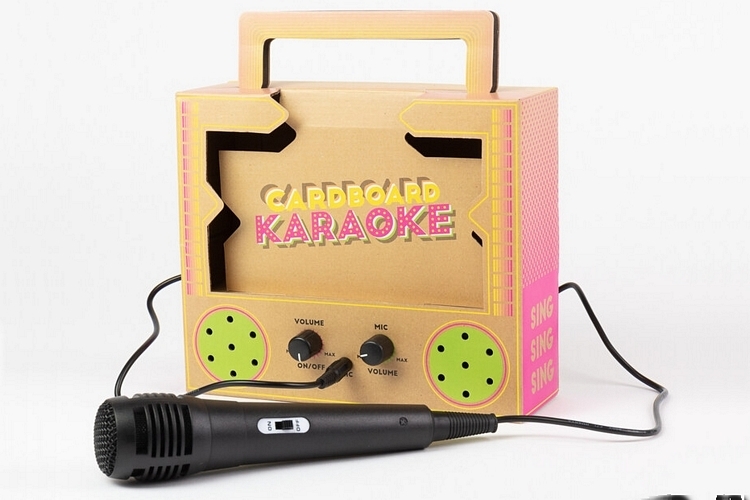 Chances are, you’ve seen one of those cardboard speakers kit, which lets you build your own speaker using a cardboard enclosure. It’s a fun educational toy, especially for kids who show interest in tinkering with electronics. The Cardboard Karaoke takes it one step further, giving you a speaker kit with mic input, so you can sing along to whatever music starts playing on the unit.

No, this isn’t actually a build-your-own-speaker kit, so you won’t be able to keep your eight-year old busy putting this together. Instead, everything is pre-assembled, so you really just have to throw in a battery, plug in the mic, and anyone can start belting out their best vocal performance. The best part? It’s just cardboard, so you can easily rip the darn thing to shreds, in case your kids decide that singing Baby Shark over and over for the next hour is a great way to spend the family time quarantined in a single house together. Yeah, we’d crush that darn thing to smithereens, too. 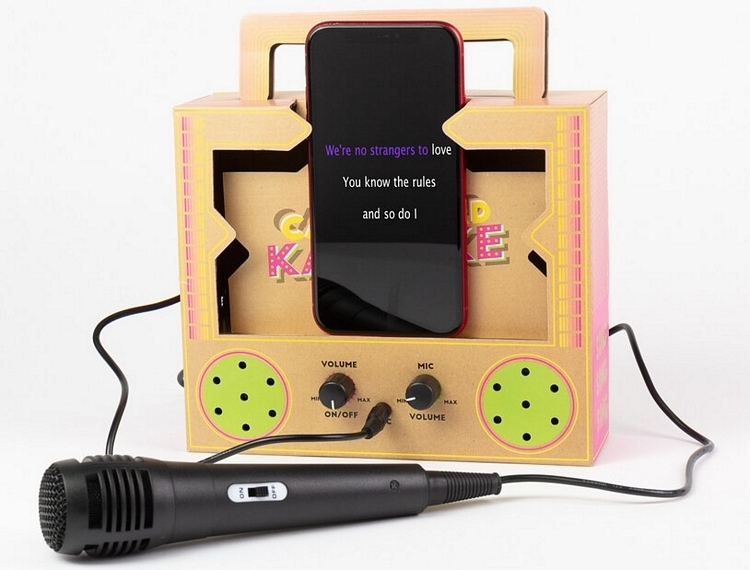 The Cardboard Karaoke consists of a cardboard speaker with a microphone input, complete with separate volume controls for the speaker and the mic, so you can have the music drown out your voice or subject the entire household to your vocal stylings. It’s a Bluetooth speaker, by the way, so you can stream music from any audio source in your home, whether it’s your laptop, your hi-res music player, or your child’s YouTube Kids machine (yes, we’re talking about their iPad). It is, however, designed to work with smartphone karaoke apps and even has a docking station for your phone front and center, allowing you to read lyrics, switch tracks, and control all the playback options right in front of the contraption.

Designed as a portable karaoke machine, it comes with a carry handle on top, so you can prance around the house and spread the gift of your singing voice, from the living room and the kitchen to the garage and the bedrooms. Suffice to say, if there are people in the house you want to annoy with your rendition of Ed Sheeran’s greatest hits, this is just the thing to deliver it their way. 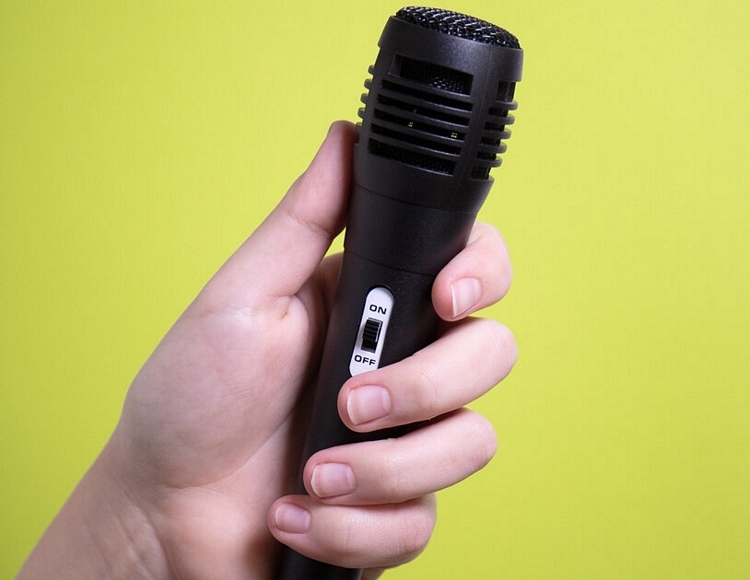 The Cardboard Karaoke runs on three AA batteries, so make sure you have a fresh batch on hand if you want to keep the music going for the duration of your local quarantine. If you run out, of course, you can always just play songs from your phone and sing along, which we imagine to be just as annoying, but there’s definitely something special to hearing your out-of-tune singing amplified and pumping out of a proper speaker. 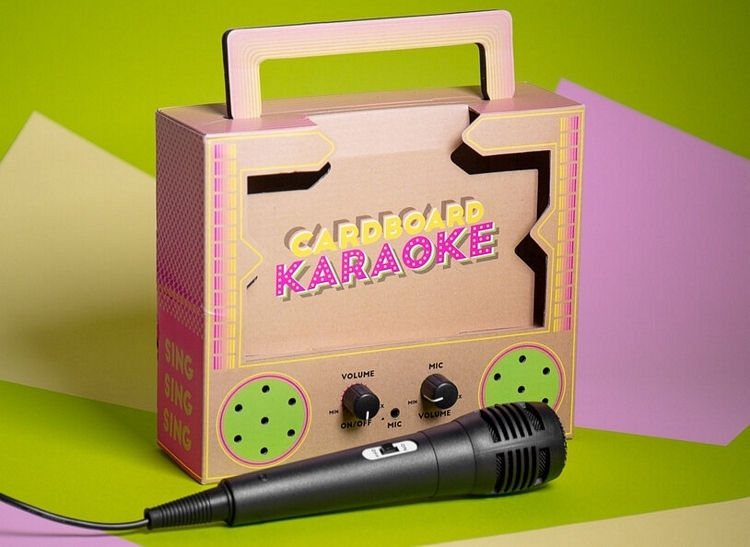 Don’t have a microphone at home? Not a problem, as the kit actually comes with its own wired mic, so it actually gives you everything you need to stage a karaoke party right out of the box. Well… other than the batteries, that is, as you’ll have to provide those yourself.

Want one? The Cardboard Karaoke is available now, priced at $31.99.