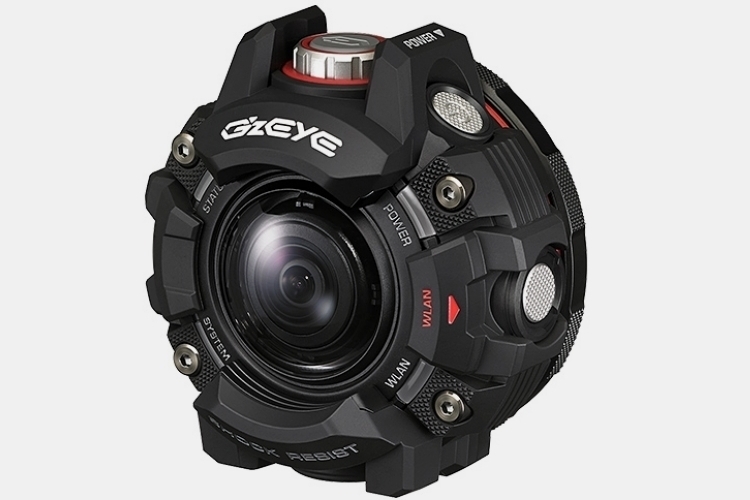 For decades, Casio has been making shock-proof watches that withstand the most rugged conditions imaginable. So why not apply that same expertise to the world of action cams? That’s exactly what the outfit is doing with the Casio GZE-1.

Yes, that thing right there is an action cam, despite looking like a desk clock version of Casio’s G-Shock timepieces. Seriously, you can put a wrist strap on this and people will think you’re just wearing an obnoxiously large G-Shock because you need to compensate for something missing in your life. Or something. 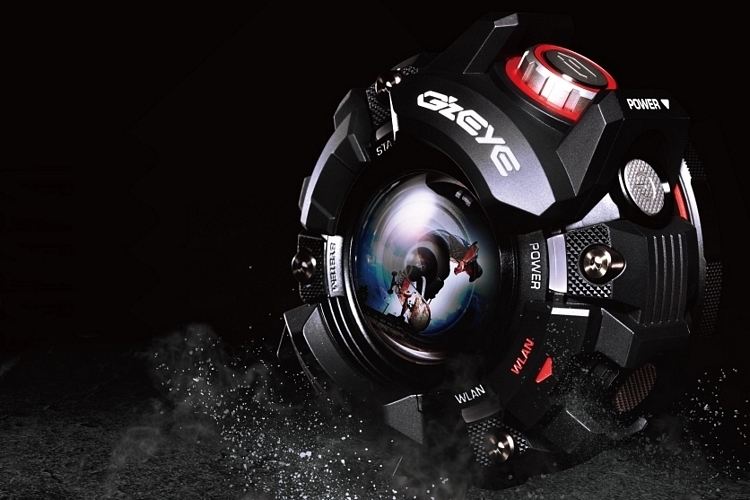 Underneath that burly exterior, the Casio GZE-1 packs a 21 megapixel sensor and a single-focus 13mm equivalent lens that captures a 170 degree field of view when recording HD videos and a 190 degrees when taking still photos. Despite the high-res imaging sensor, the device electronically limits captured stills to 6.9 megapixels, while maxing out video recording to 1080p (no 4K). While that sounds like a bummer, the darn thing can also record frame rates up to 240 fps for gorgeous slow-motion footage, complete with the ability to change the frame rate in the middle of a clip for mixing slow-motion with regular footage to keep the saved footage a whole lot smaller.

Three axis electronic image stabilization ensures smooth recording no matter how crazy the action gets, with an optional gimbal allowing you to minimize moments of blur even while executing wild tricks in inclement weather. Oversized buttons let you control the camera even with gloves on, although we would have preferred something similar to GoPro’s voice control for starting and stopping recordings. 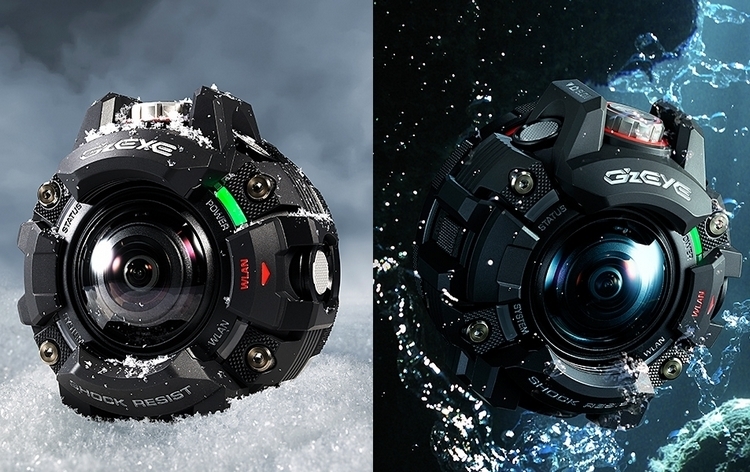 Being, essentially, a G-Shock action cam, the Casio GZE-1 is built for rugged function. Equipped with a resin body coating and a urethane bumper, the darn thing can survive drops of up to four meters, immersion in depths of up to 50 meters, and extreme temperatures as low as -10 degrees Celsius.  If you expect your action cam to keep up with all the crashes, tumbles, and falls of action sports, this thing is definitely rigged to do the job. Do note, the camera won’t be able to transmit live feed while underwater, so keep that in mind in case that’s a feature you tend to use frequently.

There’s no viewing screen on the camera, although you can monitor the live feed either from a smartphone, the optional LCD remote controller, or one of Casio’s Android Wear smartwatches. Yes, control can be done from any of those, too, so the darn thing can be operated remotely provided you’re connected to a single network. 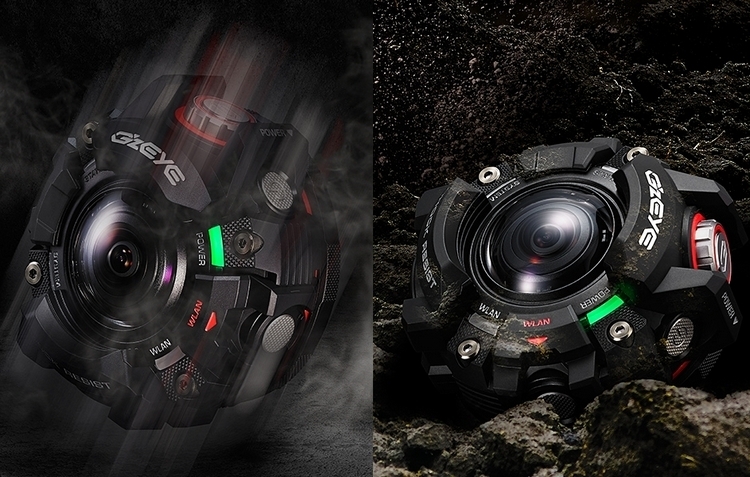 Of course, Casio is releasing a number of accessories designed to work with the camera. This includes different types of remotes, a carabiner stand, a chest mount harness,  a handheld gimbal, and more. And, yes, Casio is planning on expanding the line going forward.

As of the moment, no pricing has been announced for the Casio GZE-1. It is, however, due to go on sale in Japan on October 27.