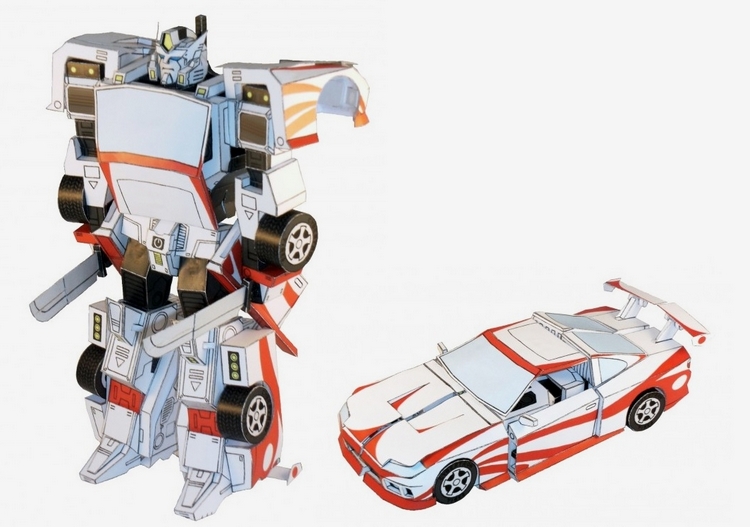 From Pagani Zondas to fleets of big-ass trucks to toy garages full of supercars, there’s no shortage of downloadable automobile papercraft projects to keep you busy for weeks. These Changeable Robots, however, step things up a notch, allowing you to build papercraft vehicles that can morph into robots, just like the good, old Transformers.

Similar to the robots in the long-running entertainment franchise, these papercraft creations shapeshift using moving parts that twist and slot into its alternate form. Not a single component needs to be removed to perform the change, making for a truly impressive transformation. 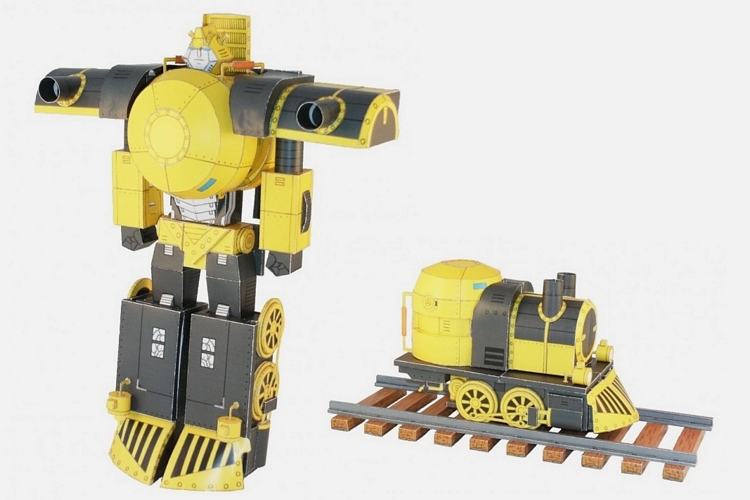 Created by PaperFormed, the Changeable Robots project only has two designs for now: Racing Warrior and Rail Scout. The former is a sporty-looking race car that looks based on Autobot Drift, with the latter a steam train sporting Bumblebee’s famous colorway.

Racing Warrior is an expert-level papercraft robot made using 202 parts that you individually print, cut out, and fold into shape. I’ll have to admit, the robot looks complex and imposing, complete with a pair of swords, one in each hand, for slashing through other hunks of steel (well… cardboard) in the midst of a wild robo-battle. Rail Scout, on the other hand, is a slightly easier-to-make scout robot made up of 158 individual parts. When built, the finished robot looks a bit less imposing, with its curvier lines, bright yellow color scheme, and slightly more cartoonish appearance. It even comes with a short section of rails, which you can, of course, make many times over to build a lengthier track.

You can purchase plans for the Changeable Robot Projects directly from PaperFormed.