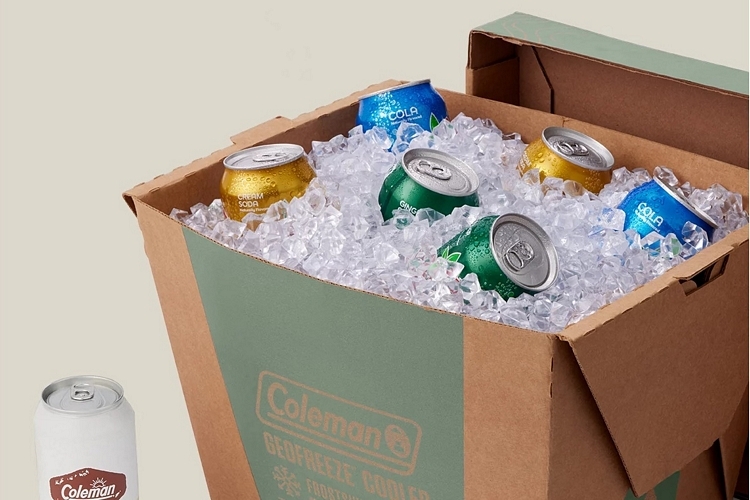 Disposable coolers are great – they let you cool down drinks in a pinch without the need to carry one of those large and heavy rotomolded plastic ice boxes. Problem is, they’re a bane to the environment, with all that Styrofoam ending up either piled up in landfills or clogging up waterways. That’s why we’ve seen a number of more sustainable disposable coolers over the years, including ones from big brands like Igloo. The Coleman GeoFreeze Cooler adds another option to that list.

Like other disposable coolers, it gives you a small and lightweight option for chilling drinks on the go without the hassle of having to lug around a large plastic cooler at all times. Unlike them, it’s 100 percent curbside recyclable, so you can throw it away with the rest of the trash without having to worry about adding to the landfill, since it’s going to get sorted into the recyclable pile once they get to the waste facility. 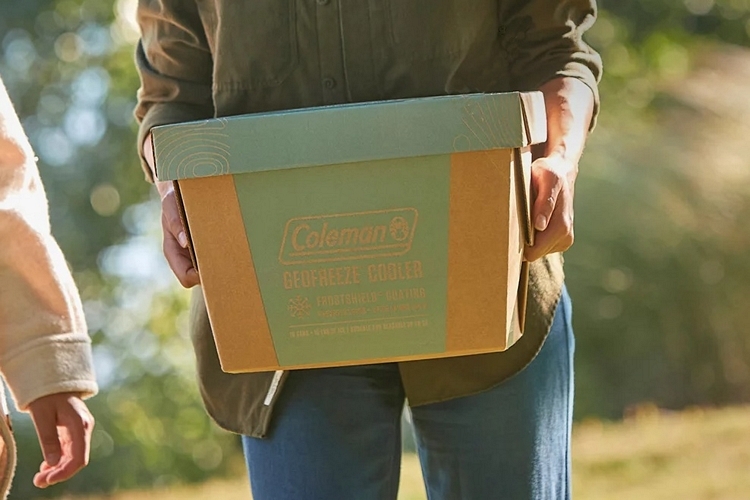 The Coleman GeoFreeze Cooler is, basically, a heavy-duty cardboard box that should be sturdy enough to support all the weight of your drinks and all the ice you’re using to chill them. Inside, it’s covered in the outfit’s FrostShield lining, an insulating material that, the outfit claims, will keep its contents cold for up to 18 hours – enough to last you a full day at the beach, your favorite fishing spot in the lake, or a night of partying at an outdoor festival. While it’s not completely leak-proof, the same lining should keep most of the water contained inside, too, making its performance on par with most traditional disposable coolers.

According to the outfit, the box has enough room inside to accommodate up to 16 cans of your favorite beverages, along with 10 pounds of ice. That means, enough drinks to last a whole day for a small group, whether you’re hanging out with family, friends, or some interesting out-of-towners you met at the local outdoor show. 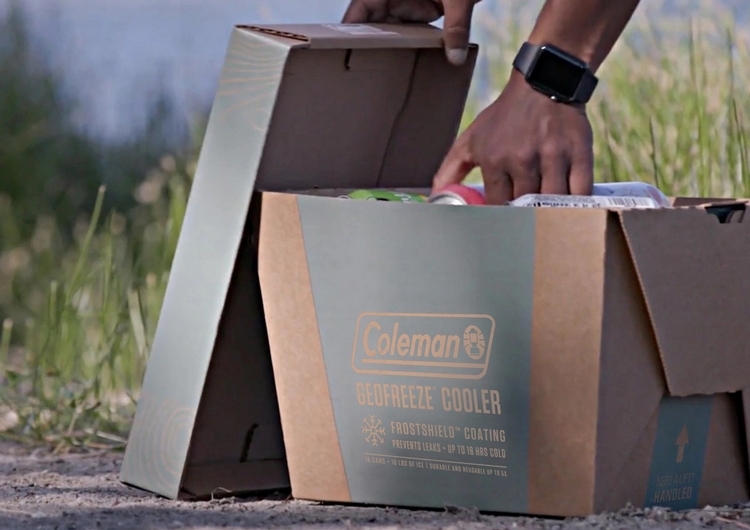 The Coleman GeoFreeze Cooler comes with handles on the sides that allow you to easily move it by hand. Do note, you’ll need to carry this with two hands at all times, as the cardboard material just doesn’t lend itself well to single-handed handling (you’ll probably rip it off if you try). Despite the fact that it’s meant to be disposable, the cardboard can actually hold up to multiple uses before getting too worn to stay functional. According to the outfit, it can actually be reused around five times before disposing, making it an excellent cheap alternative for folks who only need a small cooler on sporadic occasions. 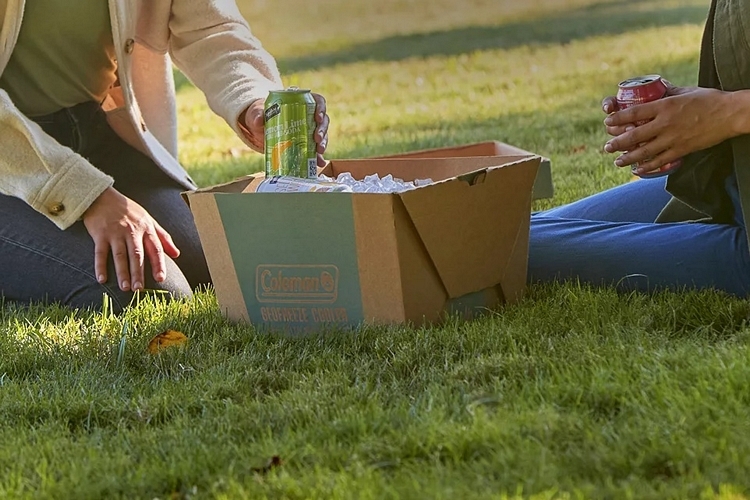 Truth be told, we’re pretty impressed. The darn thing is, literally, just a cardboard box with a special lining, but is somehow able to keep refreshments chilled. Sure, 18 hours is nothing compared to what your thick and heavy YETI can do, but at the price, it makes for a perfect cooler to pick up at the gas station in a jiffy.

The Coleman GeoFreeze Cooler is available now, priced at $11.99.