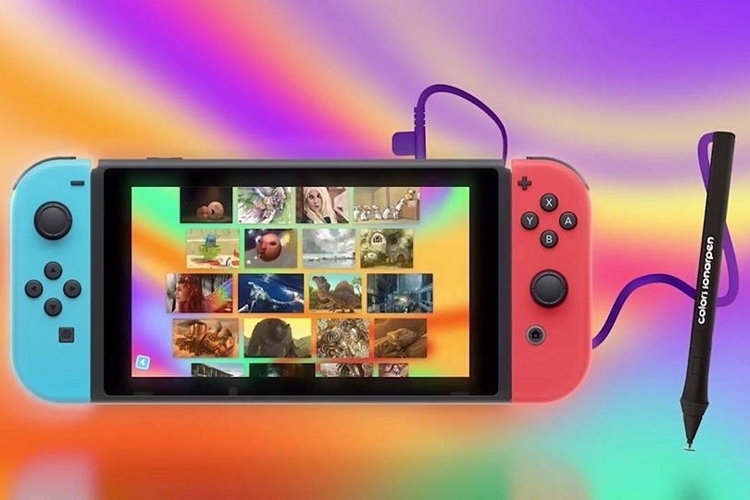 If you owned a Nintendo DS or 3DS, chances are, you remember Colors! and Colors! 3D, apps that turned those erstwhile game consoles into fun digital sketchbooks. As fun as they are, drawing stuff with a finger or a regular stylus just isn’t that great, especially with the rise of pressure-sensitive styluses for tablets in recent years. That’s why, the Switch-bound modern version of the painting app, now called Colors Live, comes with a handy stylus that’s unlike anything else you’ll find for the console.

You know how styluses for the Nintendo Switch are, basically, just glorified fingertips? As in, they don’t do anything tapping on the screen with a finger won’t do.  While you can draw stuff on the screen with it, you won’t be able to apply pressure the way you could with an Apple Pencil, since the console’s touchscreen isn’t meant to sense pressure the way many modern tablets and smartphones can. This stylus changes that. 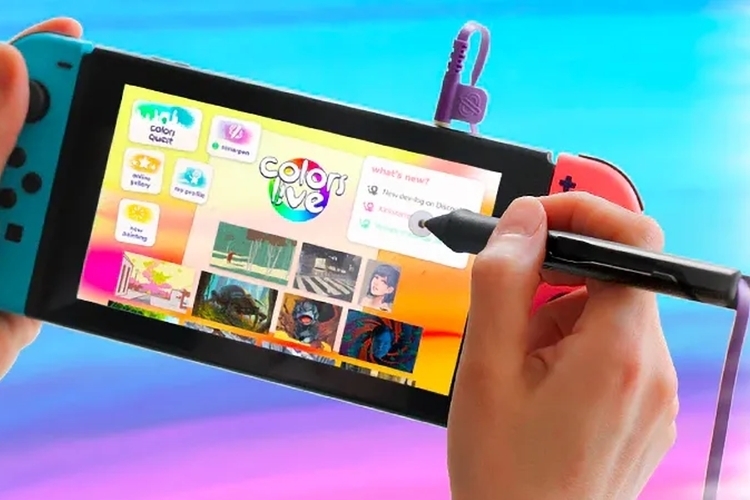 The Colors Live app is meant to work with an accessory called SonarPen, a wired stylus that connects to the headphone jack of the Switch. With the stylus plugged in, the app will continually send an 8,000 hertz tone to the writing instrument, which it monitors as the user starts doodling onscreen. When the tip of the stylus touches the screen, it dampens that tone at varying degrees, depending on the amount of pressure you’re applying. This altered tone is then picked up by a microphone inside the stylus, which sends it back to the app, allowing the app to recognize the pressure level and make adjustments on what’s being scribbled onscreen based on that. It’s clever.

While we doubt it can detect pressure at the same range and precision as many dedicated stylus products, we have to say, figuring out a way to bring that tech to the Switch is a big deal. The Colors! app has historically been one of the most popular downloads for the DS and many people who own a Switch have probably dabbled in it over the years. Getting it in updated form with a pressure-sensitive stylus to boot makes this an attractive proposition that’s likely to have many takers. 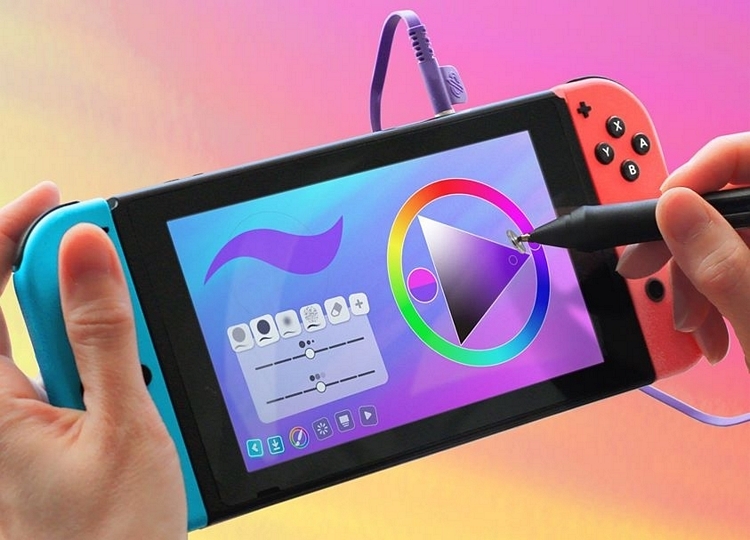 The Colors Live app should have all the same features found on its earlier predecessors, making it quite the powerful painting tool, especially with the addition of the pressure-sensitive stylus. For this iteration, they’re also integrating a new game mode called Colors Quest, which challenges you to paint stuff based on a set theme and pre-defined rules. These themes and rules are meant to change every day, so you’re always expanding your horizons, while an integrated reward system should keep people motivated to improve their skills over time. 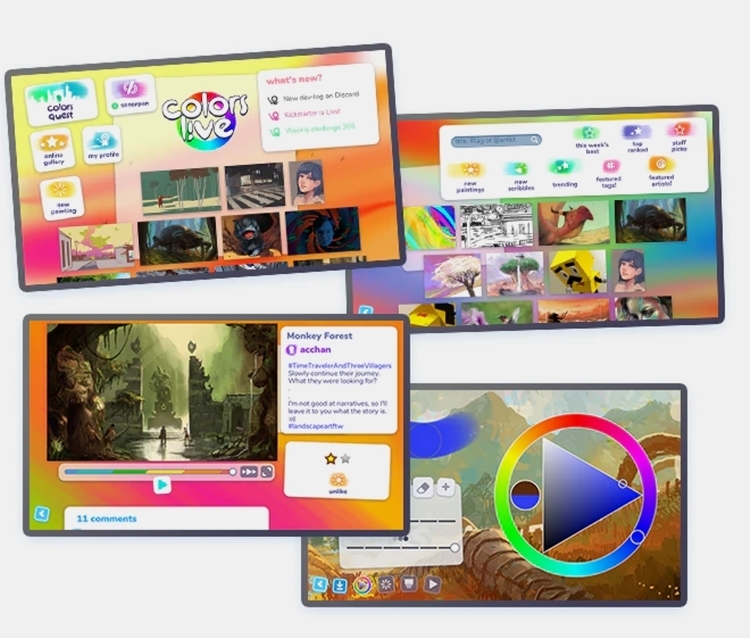 The stylus, by the way, comes with a 20-inch cable, so you’ll be dealing with a fair bit of wire management if you’re going to use this thing. And ditching the cable is not an option, since it needs constant communication with the app in order to provide proper pressure detection. On the upside, it requires no batteries or charging.

A Kickstarter campaign is currently running for Colors Live. You can get both the app and the SonarPen for pledges starting at $41.