DeskSpace Puts A Slice Of The Moon On Your Display Shelf 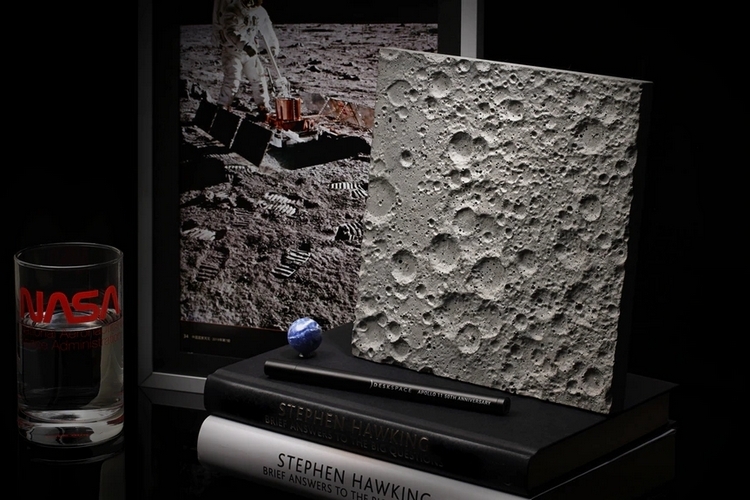 No, that’s not a real piece of moonrock turned into a tile-like slab. Since no one really knows that, though, you can totally tell your friends that the DeskSpace is actually a piece of the moon that fell from the sky like a morsel of cheese and somehow ended up as desk decoration.

A slab of concrete that recreates the surface of the moon, it gives you a space-themed decorative piece that you can show off in a desk or shelf. Whether you’re a space nerd, a sci-fi buff, or just some dude who likes cool, unusual stuff, this thing definitely fits the bill of the things you’d probably enjoy.

The DeskSpace is a decorative item that, the outfit claims, seeks to capture humanity’s greatest step. You know, that first time over 50 years ago that man actually made it to the lunar surface.  Since most of us will never step on the moon, much less visit the rest of the solar system, we guess this is as good a piece as any to commemorate such a momentous event. Yes, we would prefer an actual piece of moonrock, too, but a man-made one to commemorate it doesn’t seem all that bad. 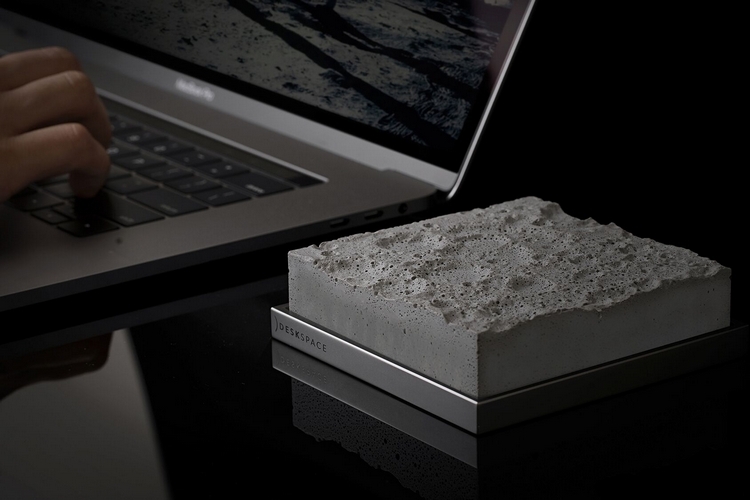 According to the outfit, the piece is created using data about the far side of the moon that’s been sourced from the NASA Lunar Reconnaissance Orbiter. That means, this should be quite an accurate recreation of the lunar landscape that you can’t see from Earth, replicating the dozens upon dozens of impact craters that have built up on its surface through millions and millions of years, albeit in a size that’s far smaller than the actual thing. Seriously, this thing is quite the fascinating sight to look at. Even better, put it in a dark room and shine a flashlight on it from various angles to make you feel like you’re actually seeing it in the dark, cold vastness of space. 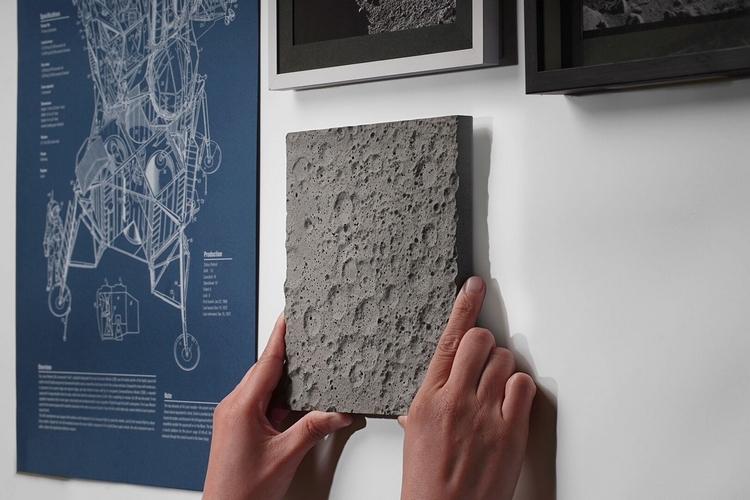 The DeskSpace is supposedly made from jewelry-grade concrete. What the heck is jewelry-grade concrete? A cursory Google search says it’s an artisan concrete that’s specifically made for designers looking to integrate the rocky substance into jewelry, mosaics, and similar projects. So yeah, it’s fancy concrete that, we guess, is easier to mold into complicated shapes than the traditional building material. Each one is hand-finished to ensure they all get the final shape right, so every single unit gets the same picture perfect profile. 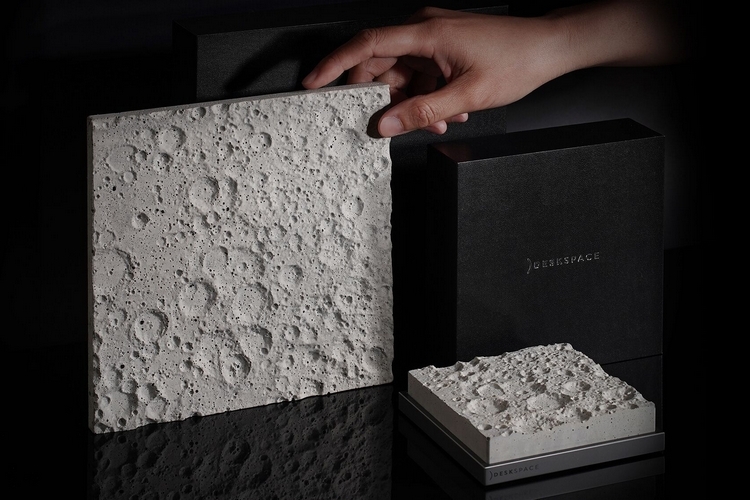 It comes in two sizes: a 180mm x 180mm tile and a 100mm x 100mm tile. You can set each one on a companion base made from CNC-machined aerospace-grade aluminum to elevate it slightly, although you can also just lean it on a vertical surface if you want to show off the intricate lunar surface recreation. The larger version, by the way, has an integrated facility for hanging on the wall, which, we think, is an excellent way to show this thing off, as you can have the surface in full sight the whole time while keeping it from taking up shelf space.

A Kickstarter campaign is currently running for DeskSpace. You can reserve a unit for pledges starting at $79.