Hasbro’s J. Jonah Jameson Retro Action Figure Is Ready To Hate On All Your Spiderman Toys 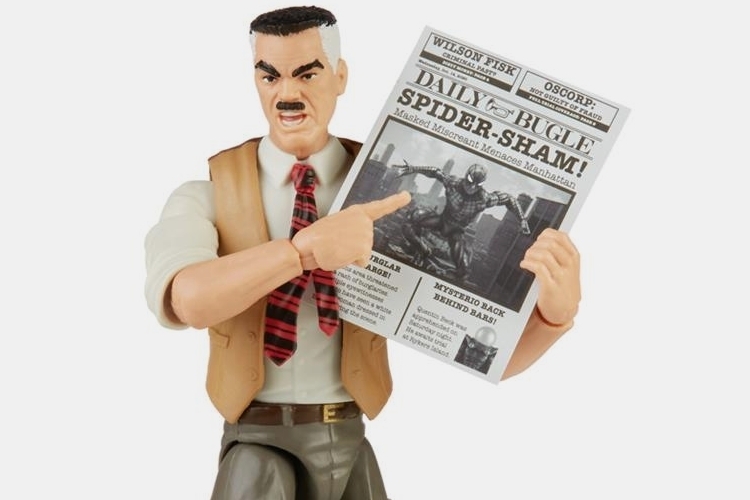 There’s no shortage of action figures for every superhero out there. Same goes with the supervillains they grapple with in all those comic books, live-action movies, and animated TV episodes. Spiderman, for instance, can probably fill a large room with all toys created in his likeness through the years. Same goes in a lesser degree to Green Goblin, Doc Ock, and every other antagonist Peter Parker’s alter-ego ever faced head-to-head.

Sadly, the same doesn’t hold true for the not-quite-superpowered heroes that pop up in those same comic books and movies. You know, regular everyday heroes that make the world a better place in their own way. Guys like the daring publisher of The Daily Bugle, who fought for civil rights, exposed organized crime, and worked to sway public opinion about masked vigilantes that take the law into their own hands. Occasionally, though, they get their turn in the limelight, such as now, with the Hasbro Marvel Legends J. Jonah Jameson Retro Collection Figure. 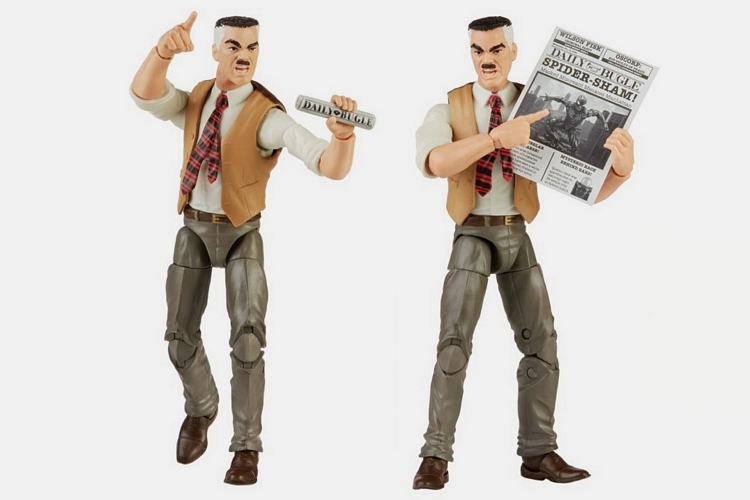 That’s right, the tireless publisher with an itch for exposing the web-slinger’s true identity is getting his own action figure. And it’s looks positively perfect, with enough articulation and anger in his face that you can pose him being beaten by Kingpin, being rescued by Spidey, or just standing around being grumpy as usual.

The Hasbro Marvel Legends J. Jonah Jameson Retro Collection Figure is a six-inch action figure depicting the former Army veteran as he’s been drawn in countless classic comic book panels, with his flattop haircut, graying hair on the sides, and toothbrush moustache that’s, comically, a little off-center. Yeah, the face is, pretty much, unmistakable. As he often does during his work on the Bugle, the newspaperman is clad in a dress shirt with rolled-up sleeves, a messy tie, and a pair of slacks – all standard fare for another busy day of yelling, arguing, and all-around tilting in the office. 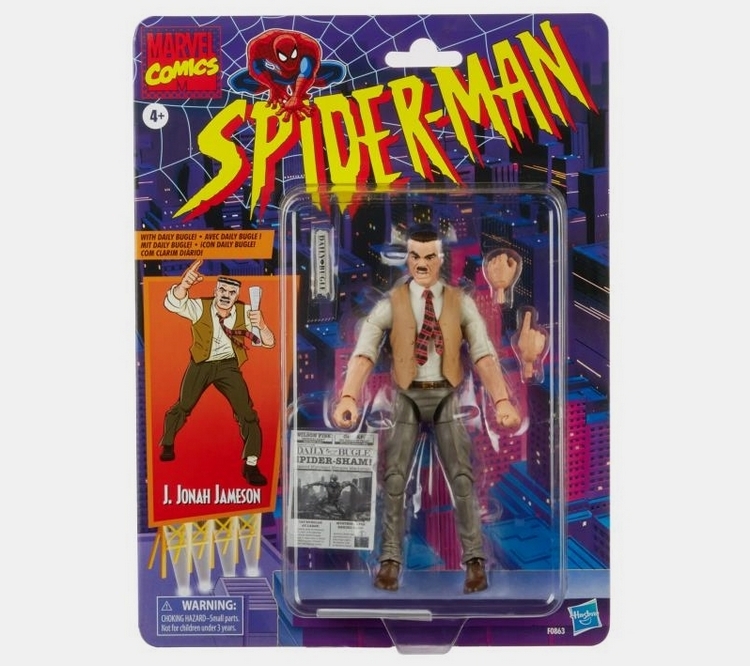 It has plenty of articulation, including the neck, shoulders, elbows, hands, hips, legs, and knees, so you can pose him in dozens upon dozens of different positions. Want to cast him running from a small group of thugs? This will work. How about him trying to get a glimpse of Spiderman while he fights Venom from a distance? Yep, you can do that and a whole lot more. 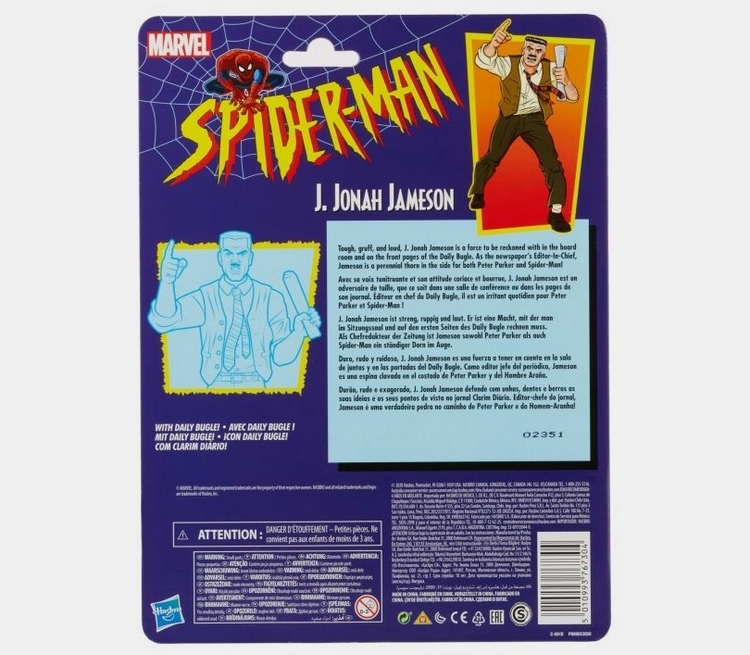 The Hasbro Marvel Legends J. Jonah Jameson Retro Collection Figure comes with two sets of hands that you can use to change exactly what he’s doing at any time. He’s got a left and right hand both designed to hold an object each, as well as a right hand that’s pointing at something and a left hand that’s balled up in a fist. It also comes with two newspapers, a rolled-up copy of the Daily Bugle and a laid out copy of the same paper sporting the headline, “Spider-Sham.” Everything is housed in a cardback packaging designed to look like vintage toy releases.