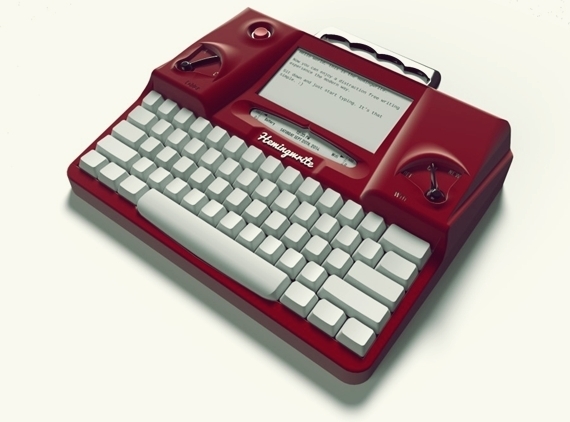 Distraction-free writing on a computer is easy enough.  Just disconnect it from the internet, turn off your phone, and launch nothing other than your word processing application.  Easy.  But we’re complicated people and, sometimes, we need more complicated solutions to maximize our productivity.  Enter the Hemingwrite.

A single-purpose writing device, it’s a portable computer whose sole function is to let you write.  You do so by typing on a mechanical keyboard packing Cherry MX switches, with the words appearing in a small, phablet-sized screen right above the keys.   It has a WiFi connection, but its sole purpose is to sync your writing to a cloud-based service like Google Docs or Evernote.  No Facebook, no Twitter – there’s not even access to a dictionary, so yeah, just make up words as you go along and fix them later during edit. 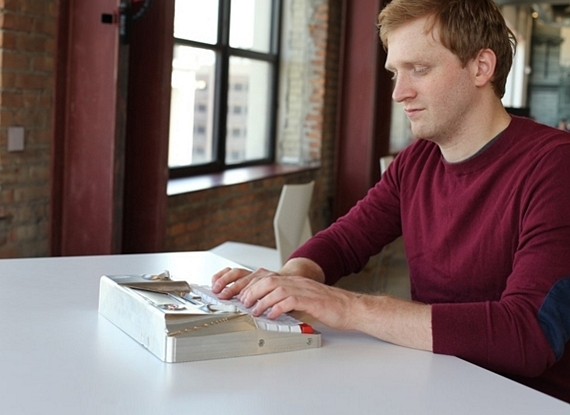 Form factor is similar to portable electronic typewriters of old (it’s clad in an aluminum case that measures 8 x 10 x 2.5 inches and weighs 4 pounds), complete with a handle on top, which makes it ideal for toting around whether to the library, the coffee shop, or wherever it is you spend the hours writing.  It uses a 6-inch, 300 ppi e-paper display instead of an LCD, allowing it to be very forgiving on battery life (just like ebook readers), with a single charge lasting the entirety of six weeks, making it ideal for taking along when you’re camping off the grid.  To further reinforce that off the grid part, it comes with onboard storage for up to a million pages of text, so even the most prolific writers in the world won’t be able to fill it up between syncs.

The Hemingwrite will be among the upcoming products showcased at the Engadget Expand event in New York this November 7th.  No word yet on when it’s scheduled for release.