Stab Your Computer With These Sword-Shaped Flash Drives 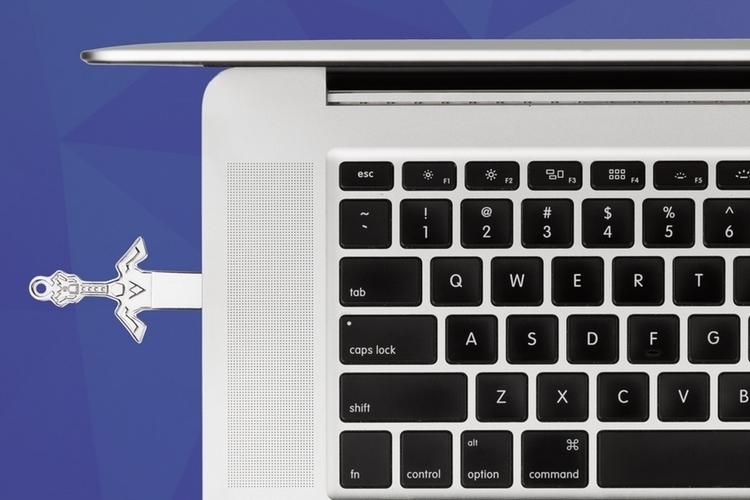 Key Armory first showed up three years ago, making blank keys clad in the likeness of swords from popular culture. Well, those novelty keys are popular enough that the company continues to thrive to this day. Their latest creation: the Key Armory Sword Drives, which bring those same sword designs into USB drives.

That’s right, you can now stab your computer’s USB port with a thumb drive sporting the appearance of swords from video games, books, and animated shows. Granted, you won’t exactly scare your computer into running faster even with a sword stuck on its side, but it does add a fun novelty that can make erstwhile grueling work days much more fun. 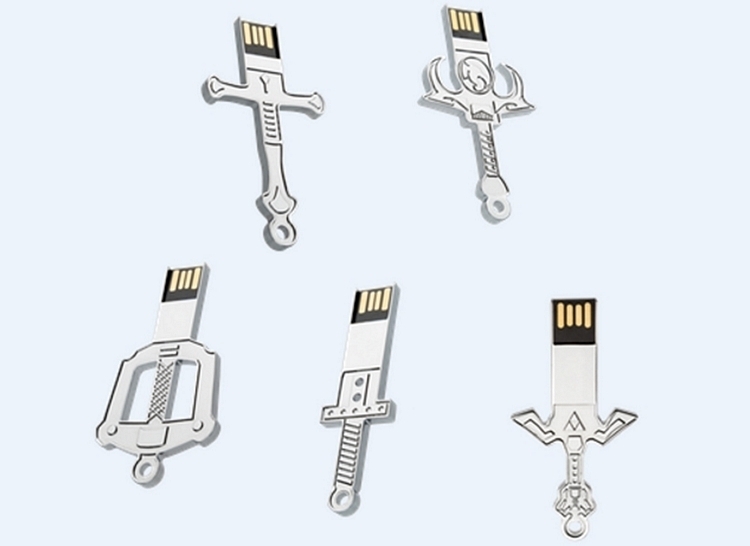 The Key Armory Sword Drives combine the flash storage with a body styled like the hilt of a sword, making it look like a bladed weapon is sticking out from the side of your laptop, the front of your desktop, and the corner of your USB hub. Even better, that weapon can look like it came straight from the fictional universe of the Legend of Zelda (The Hero’s Sword and The Soldier’s Sword), Kingdom Hearts (The Kingdom Key), Lord of the Rings (The King’s Blade), and Thundercats (The Eye of Thundera). Do note, the sword design only extends to the hilt, so there’s no recreation of the actual blade, which means it can’t be used as accessories for your action figures.

As of now, only those five designs are available, although they promise to add more, depending on how much support the product gets. Planned designs include swords from Fire Emblem, Prince of Persia, He-Man, Halo, and more, so if you’re into geeky items of the sort, there’s definitely plenty of fun stuff to look forward to. 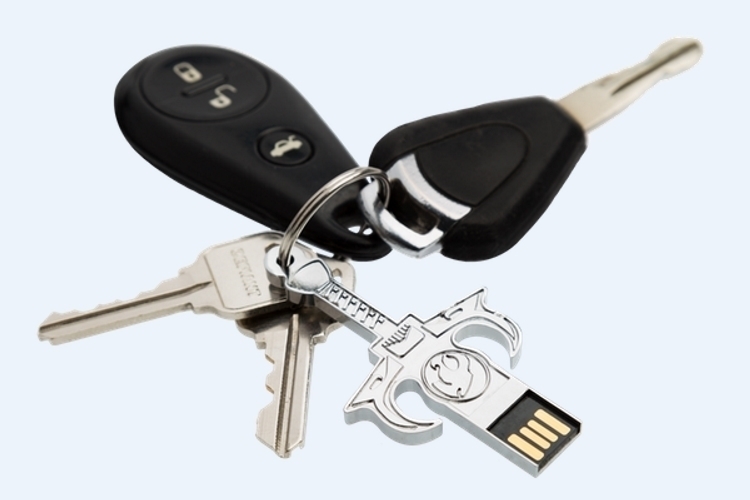 The Key Armory Sword Drives come in 16GB and 32GB models, so you get two options in storage capacities, with each one using flash storage manufactured by SanDisk, ensuring you’re getting high-quality storage hardware. Like their keys, the drive’s bodies are made from a durable metal alloy, so this should hold up to getting dropped, squished, and kicked around the way thumb drives usually do. The outfit is so high on the durability of those metal bodies, in fact, that they have a standing offer to replace the bodies of any thumb drives that take damage on the enclosure. We’re not sure how many years the offer is in play, but we imagine that’s not something they intend to deliver on indefinitely. We mean, can you imagine replacing a thumb drive for free after 20 years? 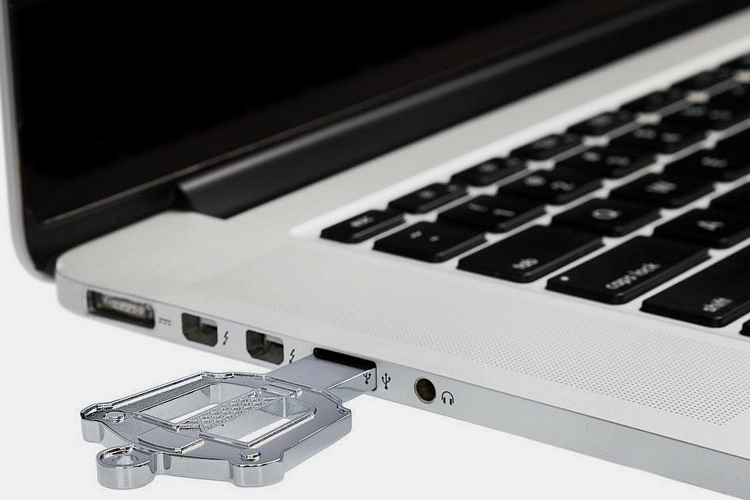 Each one comes with intricate detailing to successfully capture the essence of the original sword, ensuring they are easily identifiable to fans of the works they were lifted from. It measures just 2.6 inches long and an eighth of an inch thick, too, so these should slide right into your pocket, along with your keys, multi-tools, and loose change. Speaking of keys, by the way, the darn thing has a hole at the end for hooking right into your key fob.

A Kickstarter campaign is currently running for the Key Armory Sword Drives. You can reserve a unit for pledges starting at $18.