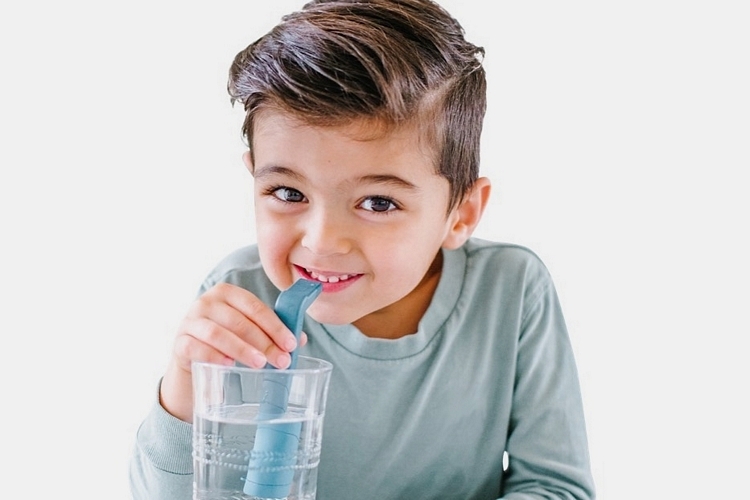 Everybody gets hiccups. And while everyone’s got their own 100 percent effective solution for making the spasms stop, nothing we’ve tried actually get the job done in any consistent manner. Suffice to say, we tend to ride our hiccups out until they go away on their own. The HiccAway just might finally change that.

Billed as a “sure way to get rid of pesky hiccups,” it’s a straw that you use to sip from a glass of water. That’s it. It’s no ordinary straw, of course, as it’s designed to lower the diaphragm, close the epiglottis, and, basically, do whatever’s needed in your respiratory system to make the involuntary spasms stop as you sip. That way, you can stop doing weird rituals, getting someone to scare you half to death, or drinking an entire pitcher of water just to make the hiccups go away – just a couple of sips on this thing and you’re as calm as a sleeping baby. 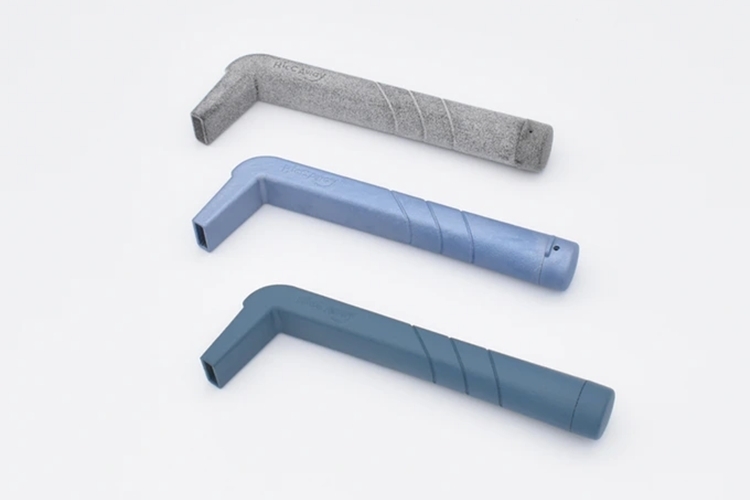 The HiccAway is an L-shaped straw, with a rectangular opening on one end that goes in your moth and a capped opening on the other end that goes in the water. No, you’re not going to be sipping air the entire time. Instead, the cap at the end can be rotated to expose one of two holes, which will let a very controlled amount of water in. According to the outfit, adults using the device should expose the smaller hole while children should use the larger hole.  Do note, both of the holes are really small, so you’re going to have to sip very hard if you’re actually going to siphon any water up the straw.

From what we can tell, this seems to work by requiring to suck in a whole lot of air in order to get any water through the tiny holes in the straw. We don’t know if that’s the secret to banishing hiccups, but they claim that doing the whole sipping thing is enough to do the trick. 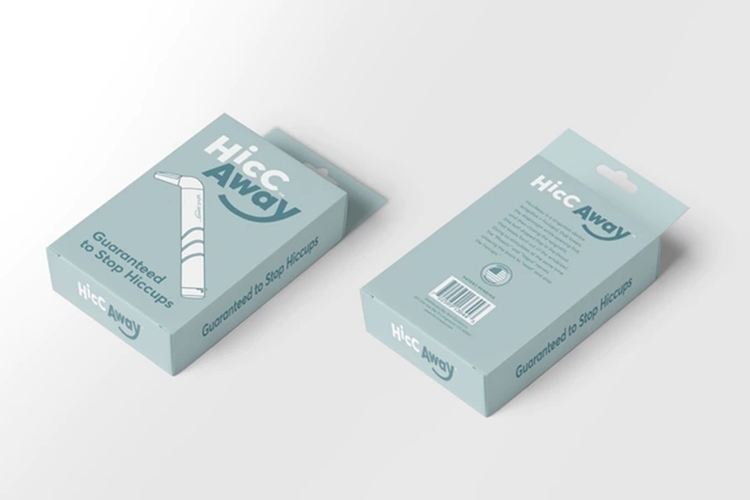 The HiccAway isn’t just some contraption some dude came up with based on old wives’ tales, by the way. Instead, it was designed by Dr. Ali Swifi, the director of the Neuroscience Intensive Care Unit at the University of Texas. Having had plenty of experience working with patients that recover from neurological injuries, many of whom regularly succumb to bouts of hiccups as a result of brain injury, the doctor spent a good amount of time trying to figure out ways to stimulate the phrenic and vagus nerve simultaneously, which, he believed, would alleviate the spasms. This straw is the result of those attempts.

Since it’s, literally, just a straw that has you sucking air and water, it’s completely safe, making it a whole lot better than existing drug therapies. That makes it very usable for nearly everyone, too, likely making this the best solution for hiccups ever devised. Provided that it actually works, of course, which we won’t know until we try. Hopefully, we can do that soon.

A Kickstarter campaign is currently running for the HiccAway. You can reserve a unit for pledges starting at $14.