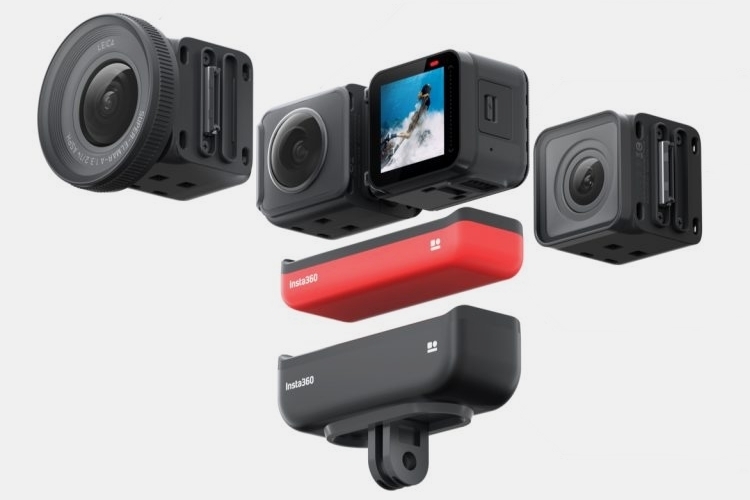 Insta360 made its name building small 360-degree cameras – the kind you can bring along all the time, so you can shoot spherical videos whenever you feel like it. Truth be told, though, 360-degree video is a very niche affair, especially with the seeming slow growth of virtual reality, which makes 360-degree cameras a less-than-interesting purchase for many people.  But what if your 360-degree camera can also work as a 4K action cam by simply swapping in a new lens? That’s exactly what we’ll find out with the new Insta360 One R.

Unlike traditional action cams, this camera is equipped to take a variety of lens modifications, allowing it to take on different functions, depending on what you need during a shoot. Most notable of these is the ability to add a second lens in the back, essentially turning it into a 360-degree camera, making it a potentially attractive to those interested in spherical videos, but don’t want to invest in dedicated equipment that can only do that. 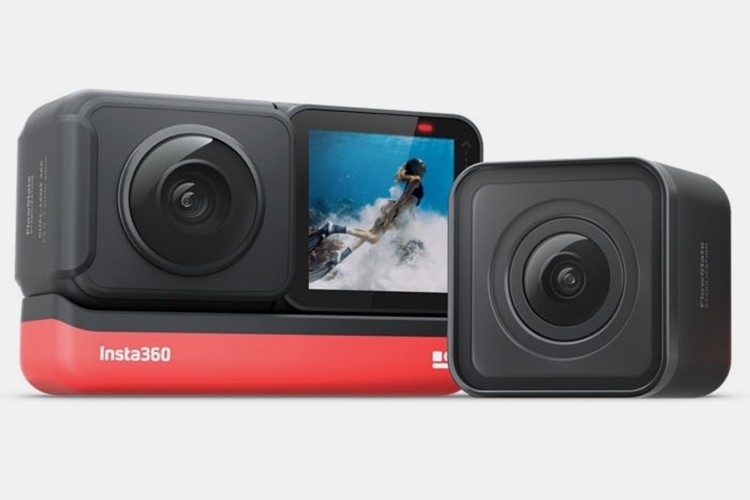 The Insta360 One R consists of a base unit that houses the battery, where you can attach all the other available components. In the most basic configuration, you can attach a 4K wide angle action cam and a 1.3-inch full-color touchscreen display right next to it, which you can use to shoot videos like any action cam. Yes, it has a touchscreen, where you can see a live view of whatever’s in the frame, as well as watch video playback, change frame rates, and switch between different lenses.  The touchscreen module, by the way, also contains the physical buttons and the SD card slot, so it’s essential to have it plugged it at all times.

Want to use it as a 360-degree camera? Just add the dual-lens 360 module, which adds a second lens to the base unit, right behind the 4K action cam element. From there, you just switch to 360-degree mode using the touchscreen controls and start recording your spherical footage. They also offer a premium Leica-branded component, which is a 1-inch sensor with a wide angle lens, which you can mount in place of the regular 4K wide angle module. 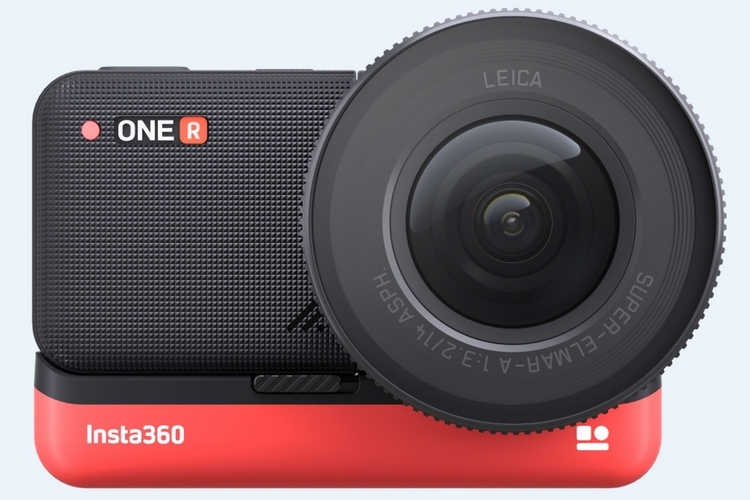 In standard 4K action cam mode, the Insta360 One R can record video in 4K at 60 fps and 1080p at up to 200 fps for all your slow-motion action shot needs, along with a whole host of resolutions and framerates in between. For 360-degree mode, it can record at 5.7K at 30 fps, with full support for the outfit’s Auto Frame function, which can sift through the footage and recommend scenes you may want to frame on their own as conventional video. With the 1-inch sensor on board, the action cam can shoot in 5K at 30fps, 4K at 60 fps, and 1080p at up to 120 fps. 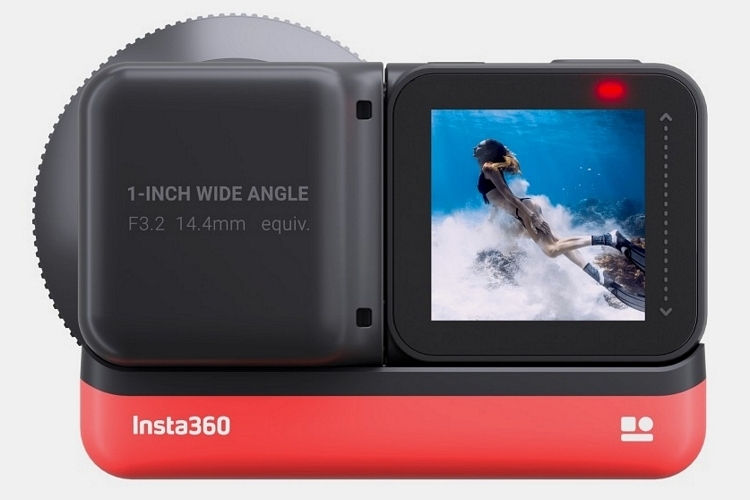 On top of the basic shooting modes, the camera comes with a heaping of features. These include the outfit’s proprietary electronic stabilization (FlowState), HDR support, auto-removal of grips, subject tracking, voice commands, and external mic support. Despite its modular design, the device is actually waterproof to 16 feet, all while coming with built-in rugged lens protection, so you don’t have to be afraid actually using it when engaging in high-pace activities.