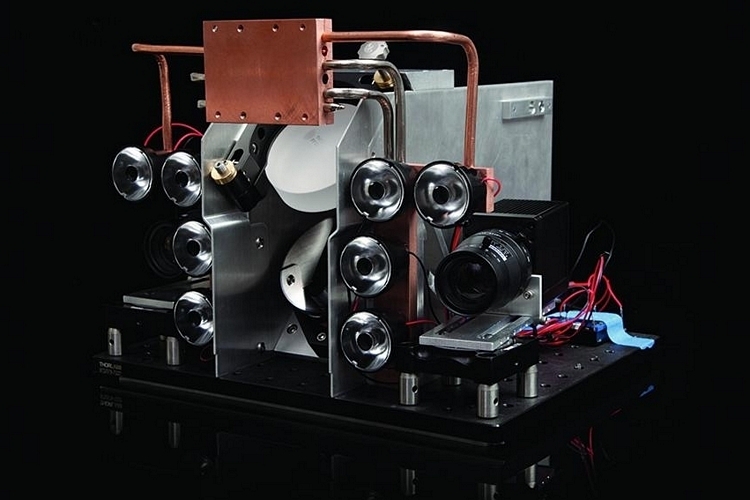 Apparently, not all bugs are created equal. Yes, a lot of them are annoying and downright destructive. Insects such as ladybugs, lacewing larva, and praying mantises, however, actually contribute positive things to gardens and farms, making them ideal residents rather than unwanted neighbors. That’s what makes pesticides an issue, as they don’t exactly discriminate when it comes to bug species, ensuring you’ll kill erstwhile helpful insects along with the destructive pests.

Problem is, there’s really no other way to quickly eliminate pests in your farm, making pesticides a less-than-ideal but ultimately necessary solution. Seattle-based Intellectual Ventures Lab (IVL) thinks they have a great alternative in the form of the Photonic Fence.

A laser-equipped bug zapper, the device can create an invisible fence that it constantly monitors for the presence of bugs. When it sees one, it uses cameras and other optical sensors to identify the bug’s form, velocity, acceleration, and wing beat frequency in order to recognize its species. If it’s a good bug, they leave it to itself. Otherwise, they shoot it with the integrated laser, sending the unarmed pest to its imminent death. During kill attempts, the anti-insect weapon has an accuracy of 99 percent (basically, it misses around one percent of its shots because insects are darn fast flyers, too).

According to IVL, a single Photonic Fence can patrol an area measuring 30 x 3 meters (width x height), so each one can take care of a good chunk of farmland. Once set up, the device can kill up to 20 insects per second, so a few days out in the field should allow it to get rid of any pest problem. Even better, it does that without harming the erstwhile good bugs around the area, which actually help kill off other pests and parasites, so you also cut down the chances of the pest population growing. It also means farmers aren’t putting deadly chemicals anywhere near our food, so a tool like this really brings positive results all around.

As of now, the US Department of Agriculture is testing the device to document its viability for use across farmlands nationwide. Specifically, they installed it at a site in Florida, where one particularly nasty bug, the Asian citrus psyllid, has reduced citrus production by over 70 percent over the last 15 years. If it can manage to keep that devastating pest from ruining the harvest, then there’s a good chance it can prove viable for many farms around the country.

While designed for farms, this is the kind of technology that can probably be shrunk down for non-farm applications in the foreseeable future. Imagine having a bug-zapping laser installed in the backyard, the community garden, or whatever campsite you decide to spend a summer vacation in. Granted, it will have to come down in costs before that time arrives, although that certainly seems like a viable future direction for this kind of technology.

You can learn more about the Photonic Fence from IVL’s website.