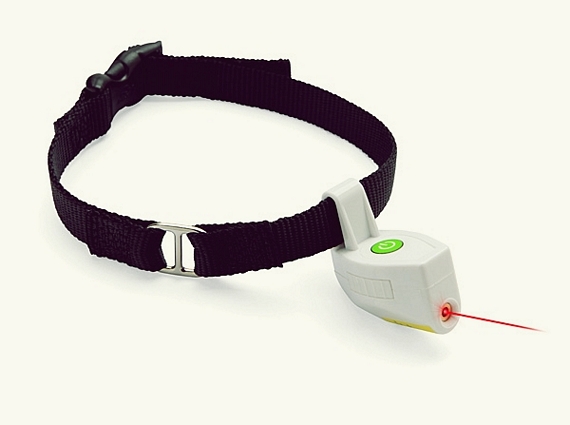 We can’t say it often enough: lasers make everything better.  Even pets.  To prove that point, just look at this Laser Collar Pet Toy, a simple laser pointer that will keep your pet busy playing on his own for hours on end.

Everyone’s familiar with just how much dogs and cats enjoy chasing after the light on a laser pointer.  Only problem is, you had to hold the laser pointer and keep moving it around – not exactly the best way to spend an afternoon when you’d rather be working on that screenplay, playing Alien:Isolation on the PS4, or whipping up a delicious batch of pies on a stick in the kitchen. 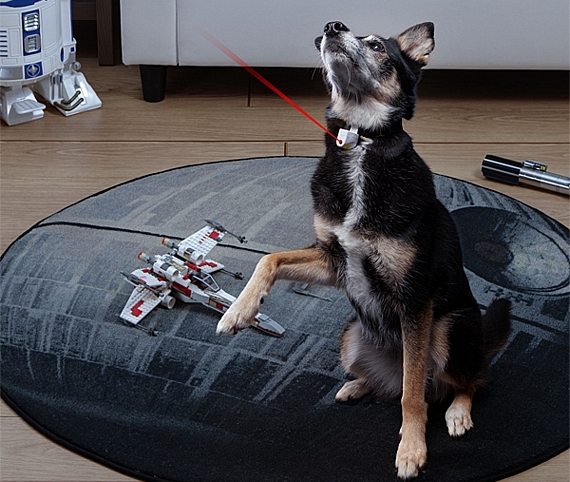 The Laser Collar Pet Toy solves that problem by letting you put the laser pointer right on a pet’s collar.  That way, they’ll be chasing a laser beam dot shooting straight out of their own collars, just like a dangling carrot that they’ll never ever catch.  Plus, you have a pet with a laser literally blasting right out of their necks, instantly making them ten times (yes, we came up with this number scientifically) more awesome than all the other dogs and cats in the neighborhood.

It can mount on any collar up to half an inch wide and an eighth of an inch thick, with a single button on the body that switches it between on, off, steady, slow blink, and rapid blink settings.  To keep it from driving your cats insane, it has an integrated timer feature that automatically shuts off the laser after 15 minutes.

Available from Thinkgeek, the Laser Collar Pet Toy is priced at $9.99.