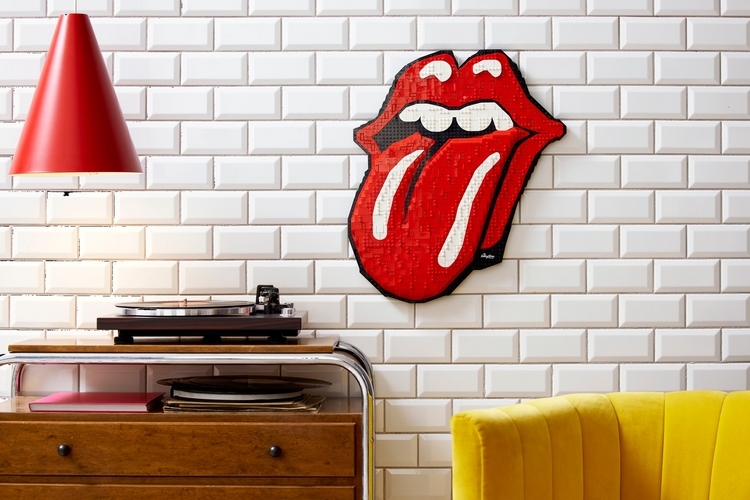 There aren’t many band logos as iconic as The Rolling Stones’ Hot Lips image, which depicts one of singer Mick Jagger’s favorite onstage expressions. It’s easily the most famous logo in rock history, if not all of popular music. So much so, in fact, that many people who have never listened to any of Mick Jagger’s songs still recognize it to this day. So why not celebrate it in construction bricks? That’s exactly what you can do with LEGO Art The Rolling Stones.

That’s right, the newest LEGO Art set recreates the enduring lips-and-tongue logo, so you can adorn the walls of your home with one of the most enduring images from rock-and-roll history. This is the official band version of the logo, by the way, as it was done up by Craig Braun for the Sticky Fingers album, so you get the same graphic as it appeared on numerous albums, posters, and merch throughout the band’s history. 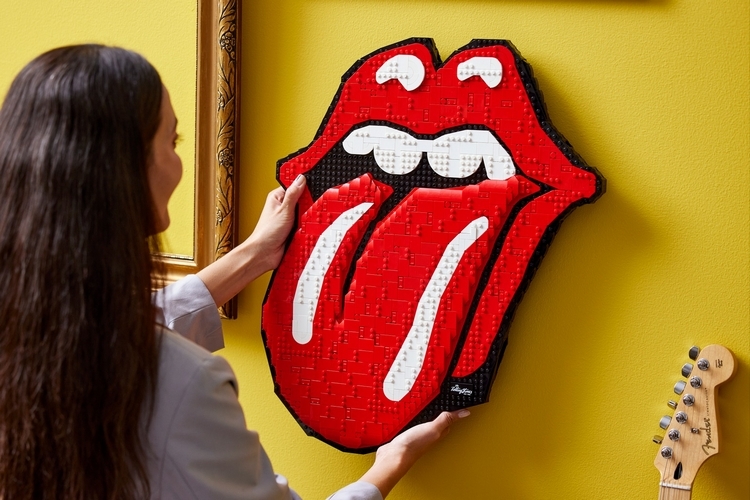 The LEGO Art The Rolling Stones is a little different from the typical set in the line. While previous releases featured framed LEGO artwork pieces, this one ditches that, leaving the iconic symbol to stand on its own, which, in our opinion, makes it more versatile as far as display options are concerned. This also gives it that 3D signage feel – you know, the kind you’ll find displayed in shows and concerts rather than the framed print vibe you typically get with other LEGO Art sets. Suffice to say, it’s a beautiful piece to add to any LEGO collector’s stash.

According to LEGO, the piece is being released in celebration of the band’s 60th anniversary. That’s right, the Stones have, apparently, been around for six decades. Do note, the logo hasn’t been with the band that whole time, as it was originally introduced a decade into the band’s existence. With that said, it’s a logo that has stayed with the band since, adorning their recordings, merchandise, and stage sets. 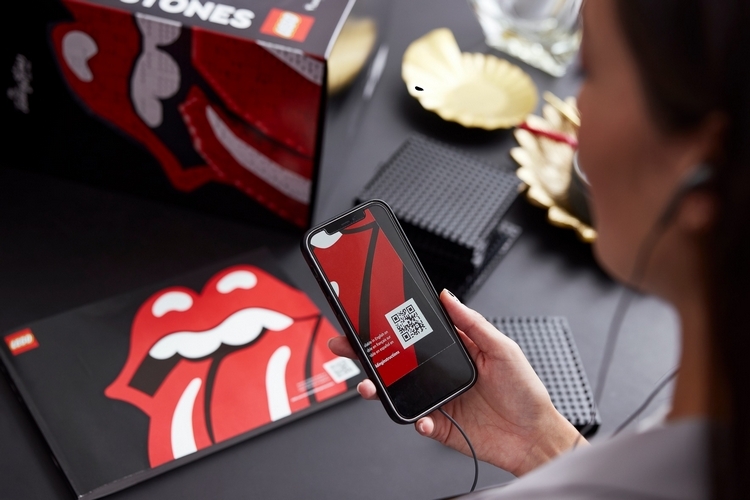 The LEGO Art The Rolling Stones measures 22 x 18.5 inches (height x width), making for quite a massive display piece that you can use to adorn any room in your home, from living rooms and bedrooms to game rooms and man caves. It recreates the logo pretty faithfully, too, capturing the plump lips, the outstretched tongue, and all the black-and-white detailing in LEGO bricks, although the blocky nature of construction bricks give it a slightly odd-looking uneven black border, which, pretty much, serves as the frame. Truth be told, we like it, though, as it gives the piece a unique-looking hand-drawn feel. 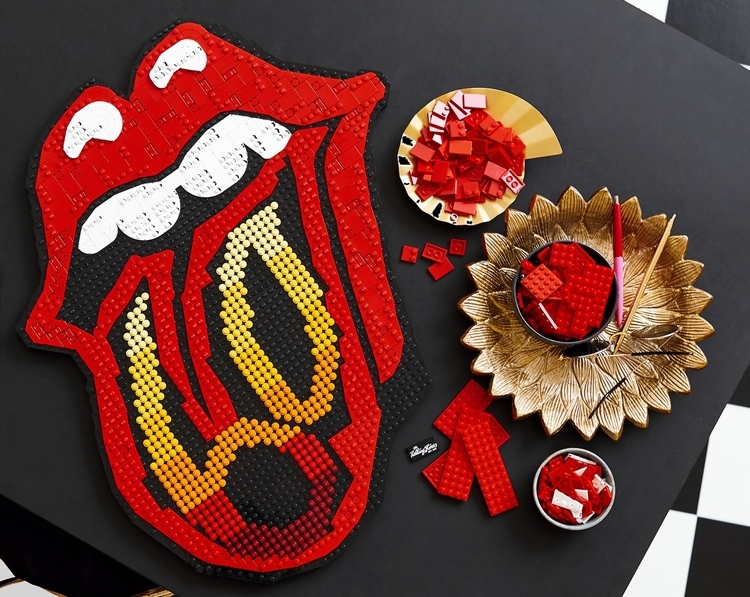 A total of 1,998 pieces are bundled in the set, including nine brick baseplates, a brick-built frame, a brick remover, and two hanger elements, so this should make for quite a challenging build. There are two options for the build, too: a standard tongue-and-lips logo and an alternate one that puts the number 60 on the tongue. Like some other LEGO Art models, it comes with a soundtrack that you can access by scanning the QR code, which gives you an hour’s worth of content that you can play while putting the model together.