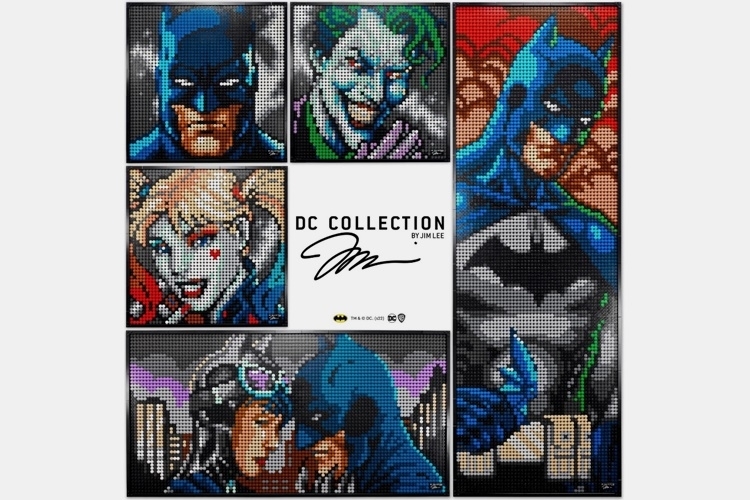 While Jim Lee is probably best known for his stint drawing Marvel’s X-Men during the late 80s and early 90s, he has since penned and illustrated a number of Batman comic books, among other DC properties, since selling his own company to the outfit around the turn of the century, including the year-long 2003 hit series, Batman: Hush. If you’re a fan of his work on the Caped Crusader, we have a feeling you’re going to love the new LEGO Art Jim Lee Batman Collection.

That’s right, Jim Lee fans and Batman stans, LEGO’s newest Art set lets you recreate 2D images right out of the artist’s Dark Knight portfolio, allowing you to build and show off pixel art of the Caped Crusader anywhere in your home. Granted, we would have preferred art of Lee’s X-Men work during his incredible run for the series, but we’ll take it all the same. 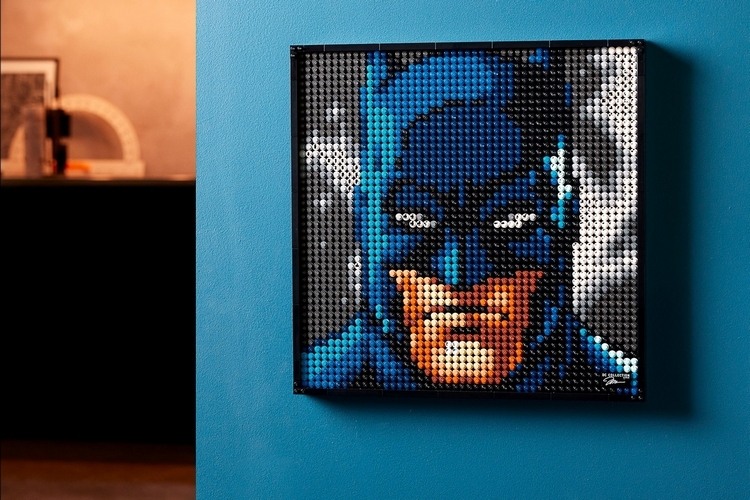 The LEGO Art Jim Lee Batman Collection lets you build a square LEGO portrait of one of three characters as interpreted by the Korean-American artist. That’s right, you can build multiple characters out of the set, allowing you to use the included pieces to create 2D pixel art of either Batman, Joker, or Harley Quinn.  Each of the square portraits measure 15.5 inches on each side, making for a reasonably-sized display that should fit pretty nicely on vacant walls and side tables alike.

Even better, if you buy two boxes, you can use the pieces to create an even wider portrait featuring Batman and Catwoman in what appears to be an unusually tender moment between the vigilante billionaire and the thieving antiheroine. That portrait measures 31 x 15.5 (width x height), so it essentially puts the two square sets together. 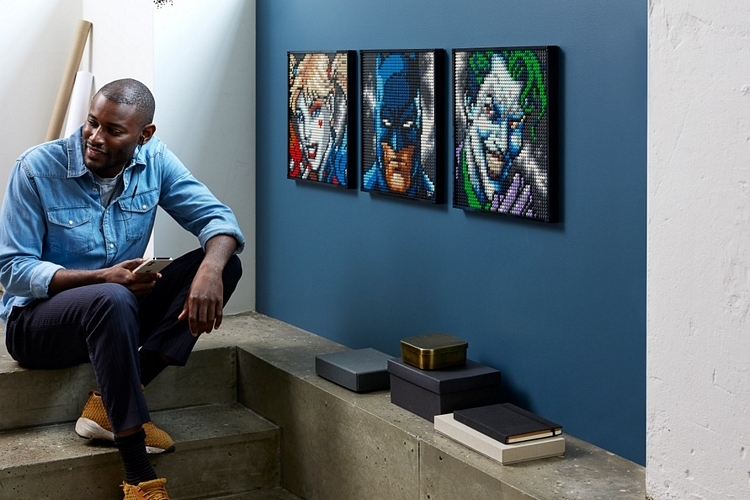 The LEGO Art Jim Lee Batman Collection doesn’t stop at letting you put two sets together. That’s because you can actually buy three sets and build them as a tall Batman portrait that measures 15.5 x 46.5 inches (width x height), depicting Gotham’s masked hero from the waist up. As you can tell, these different portraits all look like comic book panels, which, we guess, is the exact aesthetic they’re trying to get. What if you want to display all five different possible pixel art from the set? Well, you have to buy eight boxes of the LEGO set, which, let’s be honest, is what some of the more diehard Batman fans out there are probably going to do. Yeah… LEGO knows what they are doing designing these things. 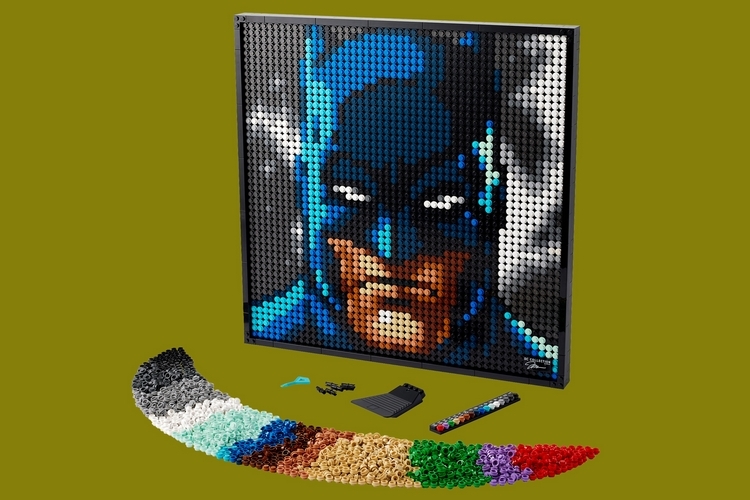 If you scan the QR code that comes with the set, by the way, it will give you access to the nearly-2-hour soundtrack, allowing you to listen to something that’s actually Batman-related while building your portraits.  According to LEGO, each set comes with 4,167 pieces, including nine décor plates, two hanger elements, a brick-built frame, and, of course, those 1×1 round tile pieces that you will use to create each piece pixel by painstaking pixel.