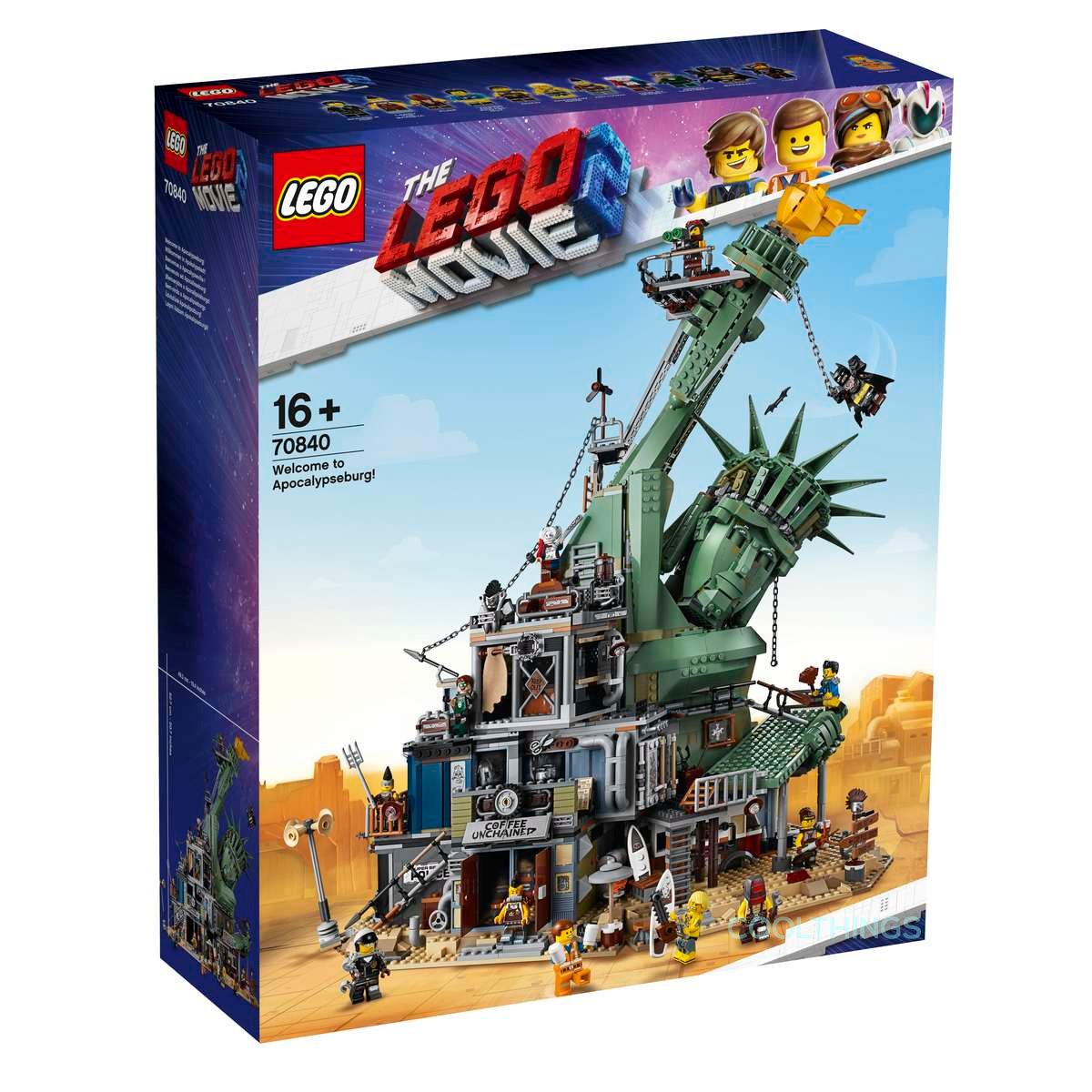 While we don’t exactly know the exact plot of the LEGO Movie sequel, we do know all the awesomeness we experienced in Bricksburg is about to come to an end, with LEGO Duplo invaders descending upon the realm and wreaking havoc. If you want a taste of the destruction you’re about to witness when February comes along, look no further than LEGO’s new Welcome to Apocalypseburg set, which shows us Lady Liberty’s remains after she falls from the extra-terrestrial attack.

Arguably one of the best LEGO Movie sets we’ve seen so far, it shows the grand statue turned into a giant-sized bust that appears to have become the temporary headquarters of the movie’s cast of characters post-invasion. It’s quite the cool structure actually, with multiple levels and lots of things going on (reminds us of the Ninjago City set), making it the kind of building you’d actually want to add to any apocalypse-themed tabletop wasteland. We mean, we can totally see something like this as a location in a NY-based dystopian movie. 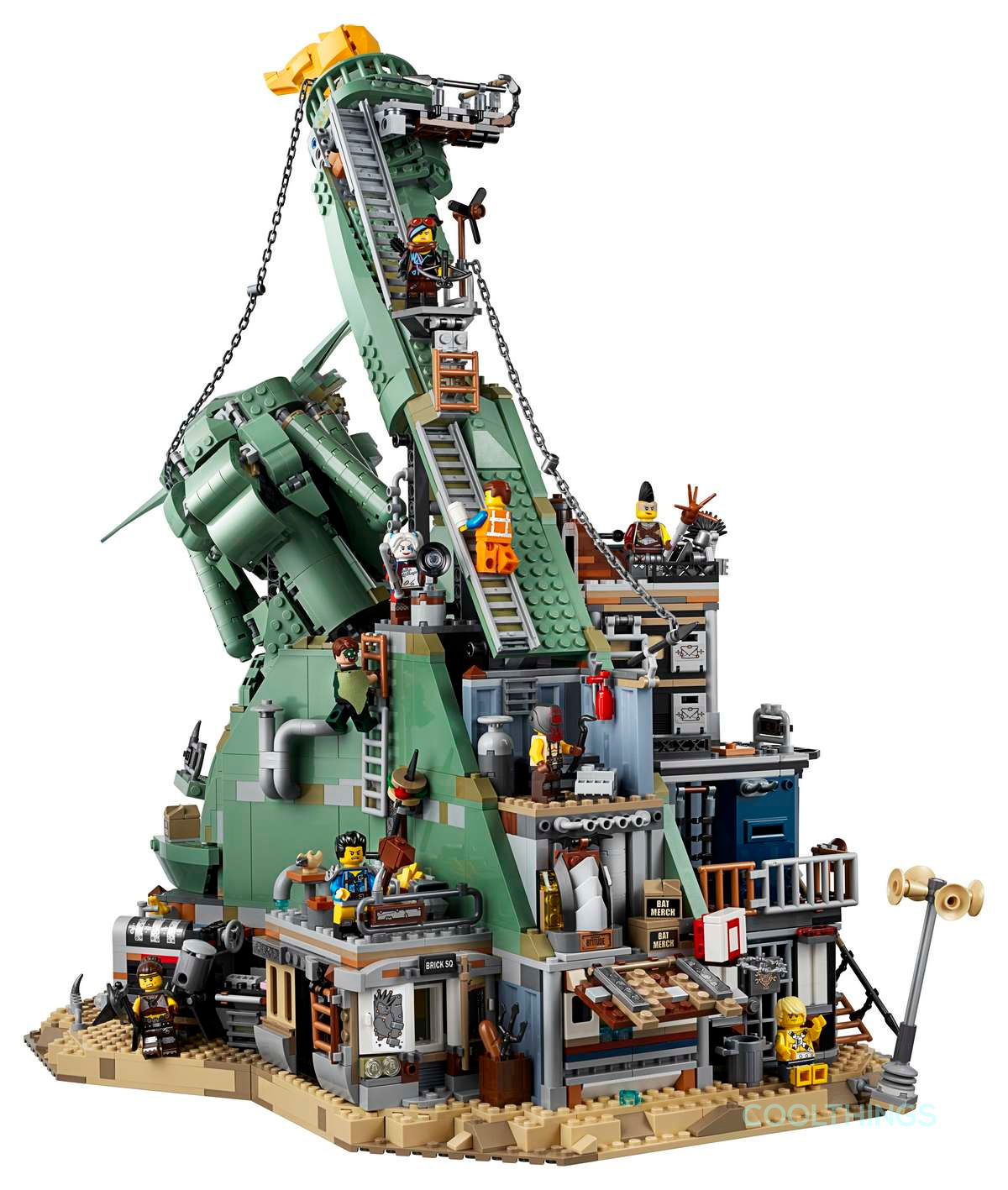 The LEGO Welcome to Apocalypseburg starts off with a fallen bust of the Liberty Statue, which they were only able to preserve from the chest up. It’s also tilted now, which, we guess, only adds to the post-apocalyptic charm. Lady Liberty’s arm has been turned into an observation post, with a ladder installed along its length to let the characters climb up and down, as well as multiple levels of ramps where lookouts can station themselves to watch for approaching enemies.

Multiple spaces have been built around the statue, including a coffee shop, Scribble Cop’s police station, an armory, a barber’s shop, a tattoo parlor, a rooftop diner, a gym, a spa, and more. Each one, of course, comes with detailed elements. The Coffee Unchained café, for instance, gets a service counter, a cash register, a coffee machine, tables, seats, and even a parasol for the outdoor table, while the barber/tattoo shop comes with a barber’s chair, hair-cutting tools, and a buildable tattoo machine. The police station, on the other hand, gets a jail door and a chair-kicking function, while the armory gets two buildable weapons, three helmets (all wearable on minifigures), goggles, and a mannequin. 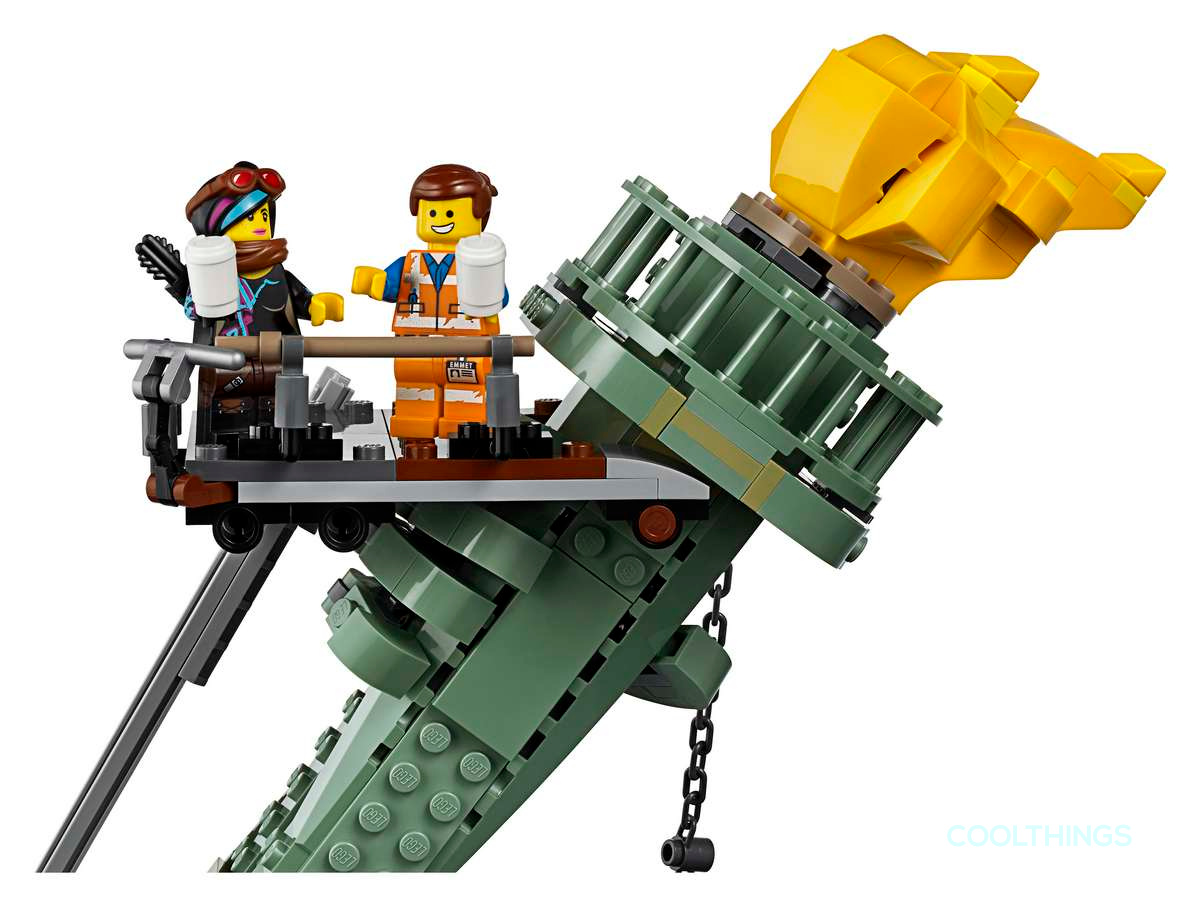 The LEGO Welcome to Apocalypseburg also has a hideout for Lucy, complete with a bed, weapon storage, barbed wire, and a whole load of assorted elements, with the roof holding a seat, an engine truck front, and a water tower. Fuse, as it turns out, also occupies space in the facility, with his very own rooftop workshop that features a buildable tool chest and a fire extinguisher. Seriously, this is one busy construction set.

Other elements include a gym shaped like a train carriage, a truck-shaped spa, a rooftop diner with a fully-equipped kitchen, Chainsaw Dave’s surfboard rack, a buildable telescope, and a whole lot more detailed items. It comes with 12 minifigures, including Emmet, Lucy, Fuse, Batman, Scribble Cop, Harley Quinn, Green Lantern, Larry the Barista, Chainsaw Dave, Mo-Hawk, Roxxi, and that guy looking for his pants, along with a rat figure. Oh yeah, it’s 3,178 pieces, so this should make for a long and satisfying build. 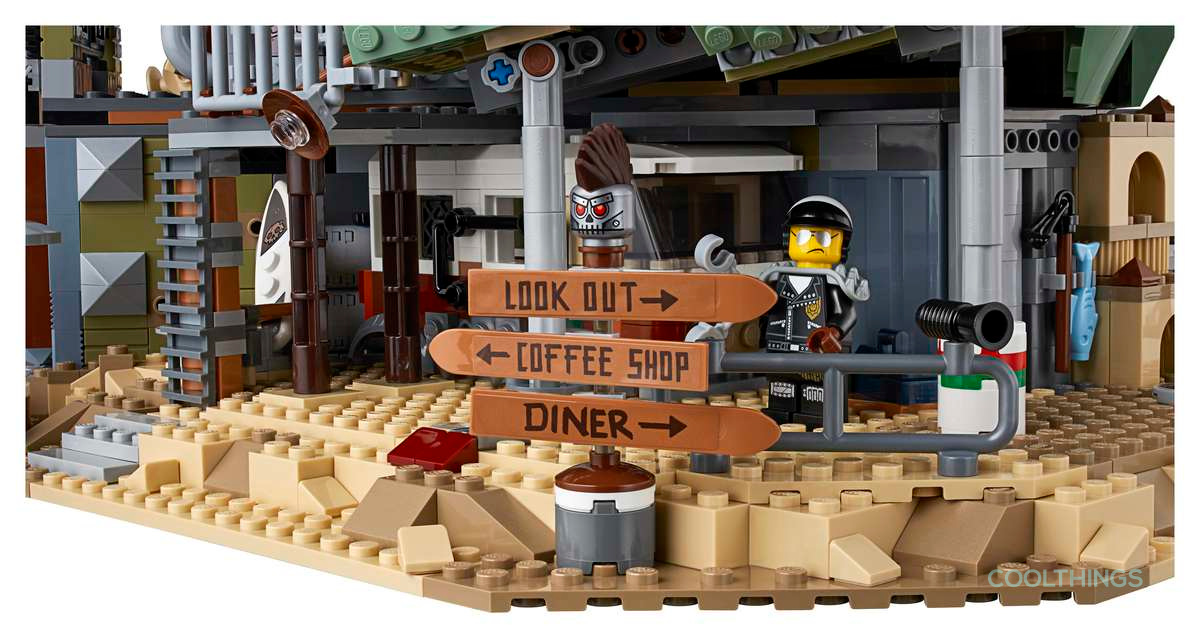 The LEGO Welcome to Apocalypseburg will come out in February, priced at $299.99. 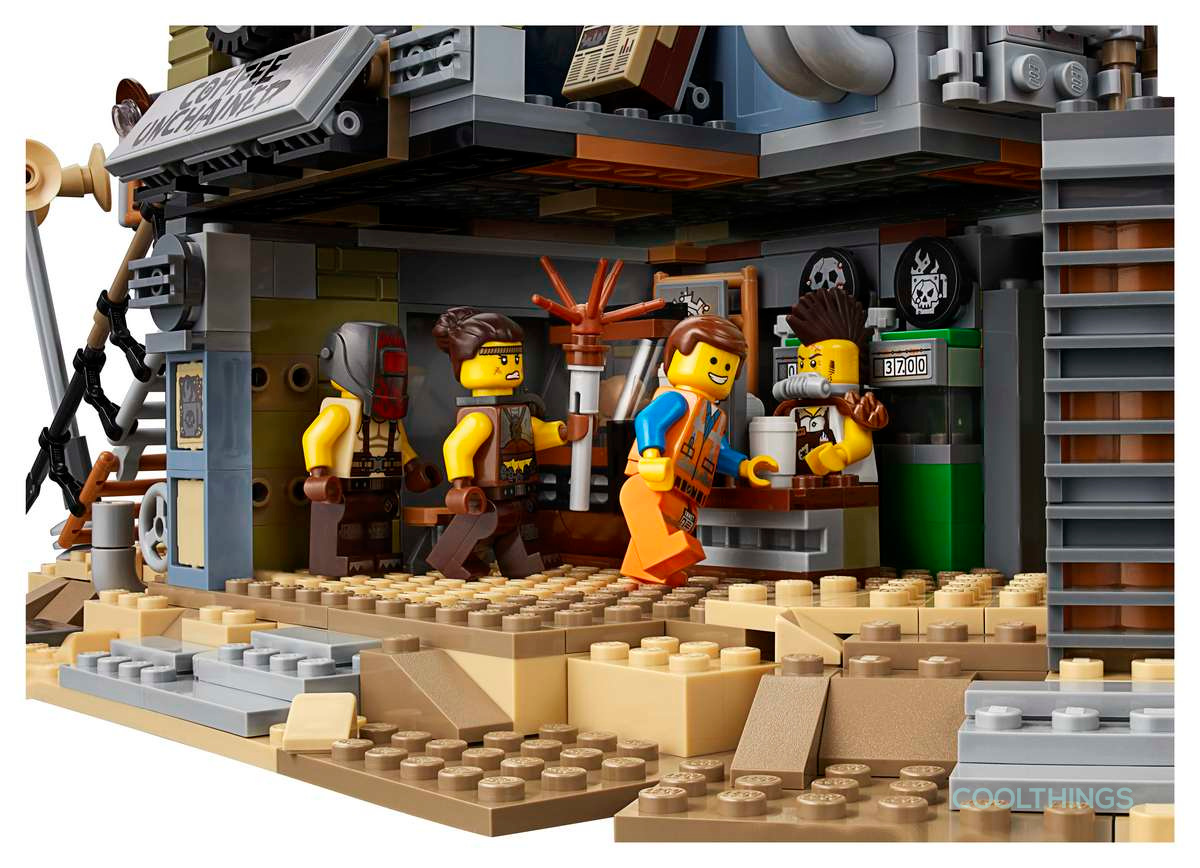 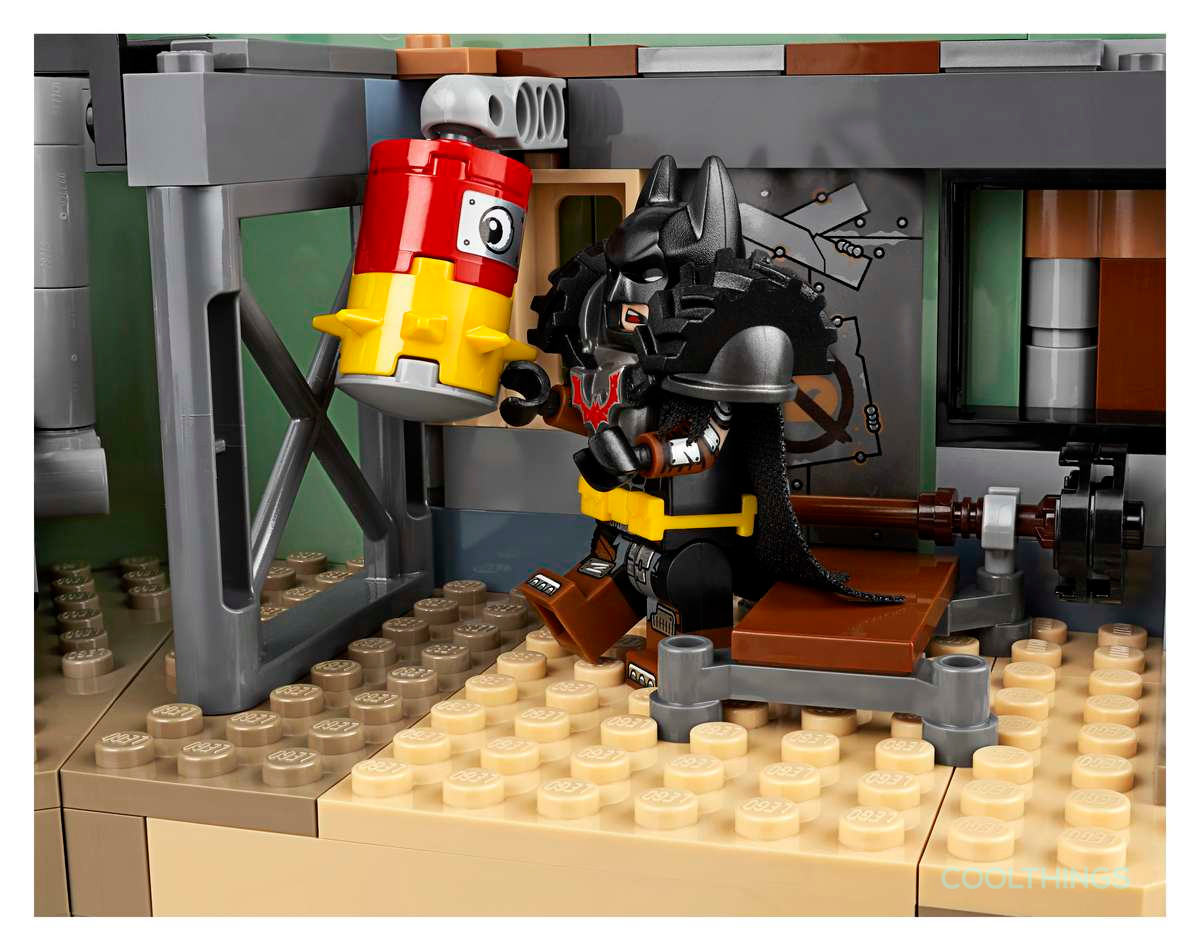 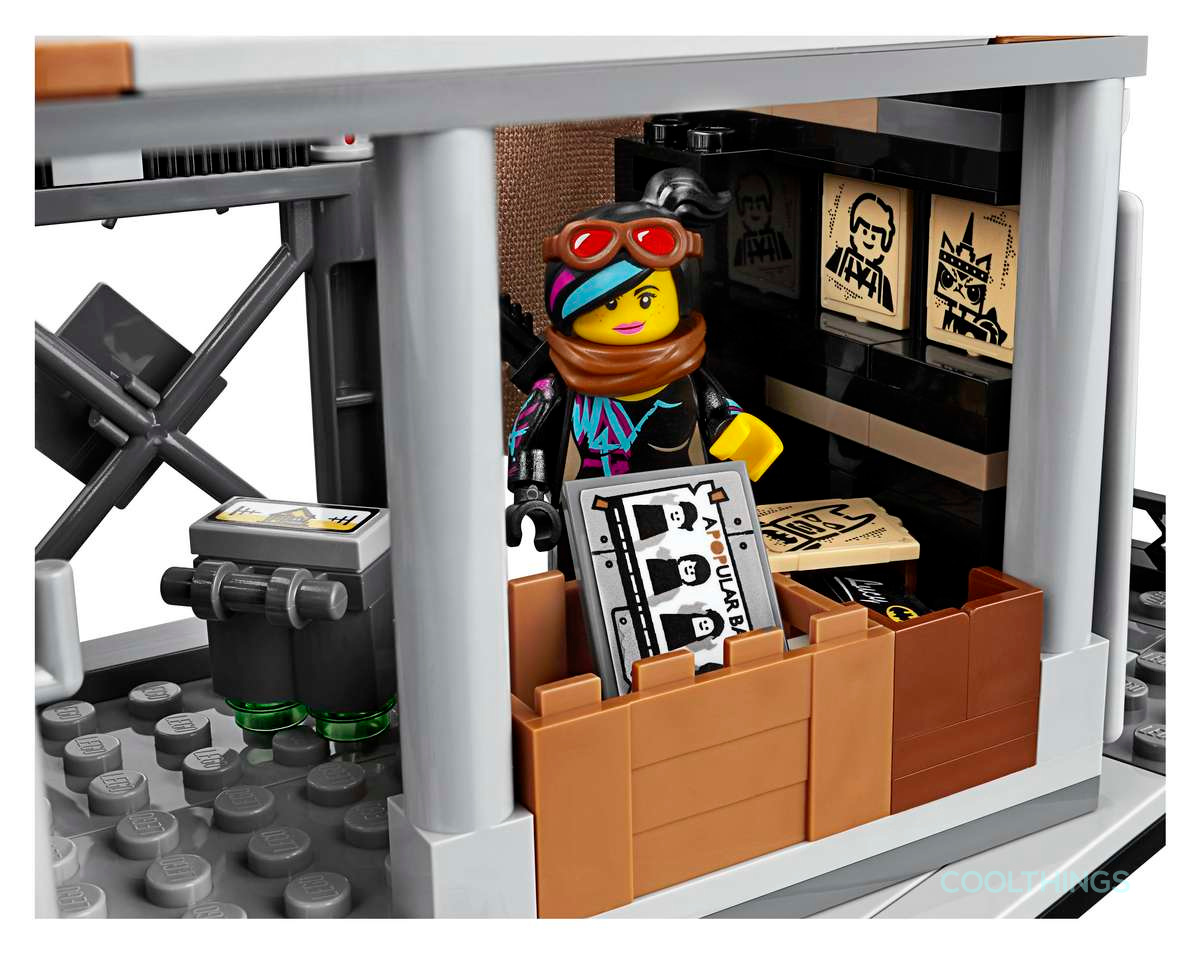 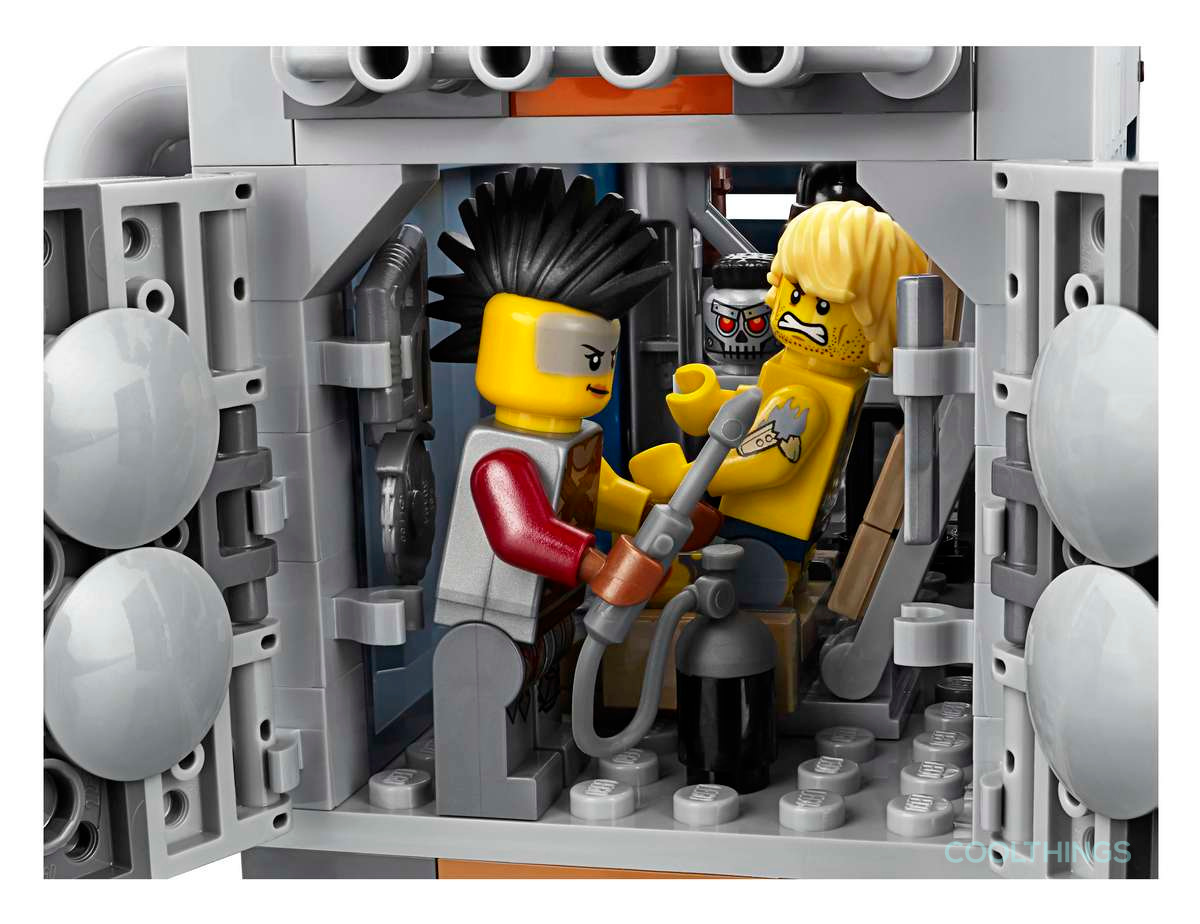 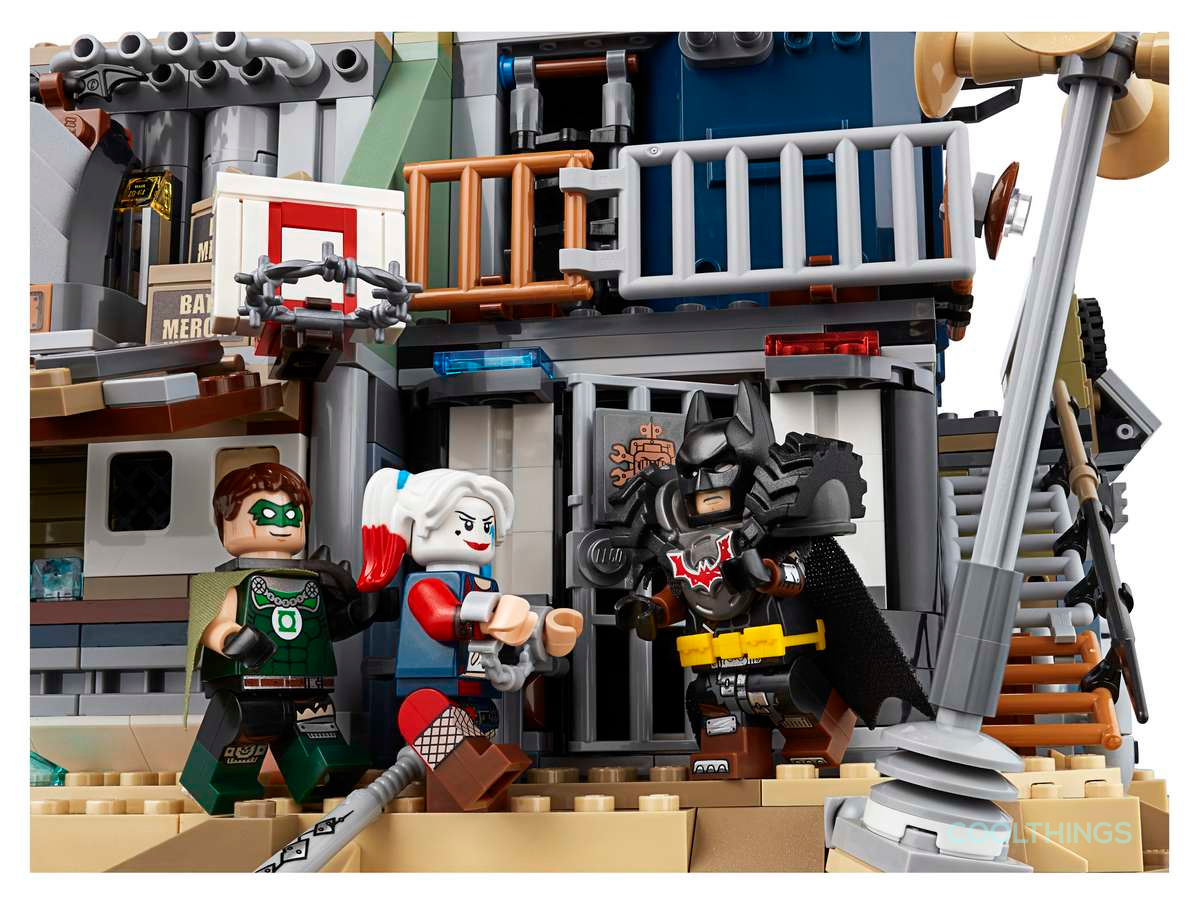 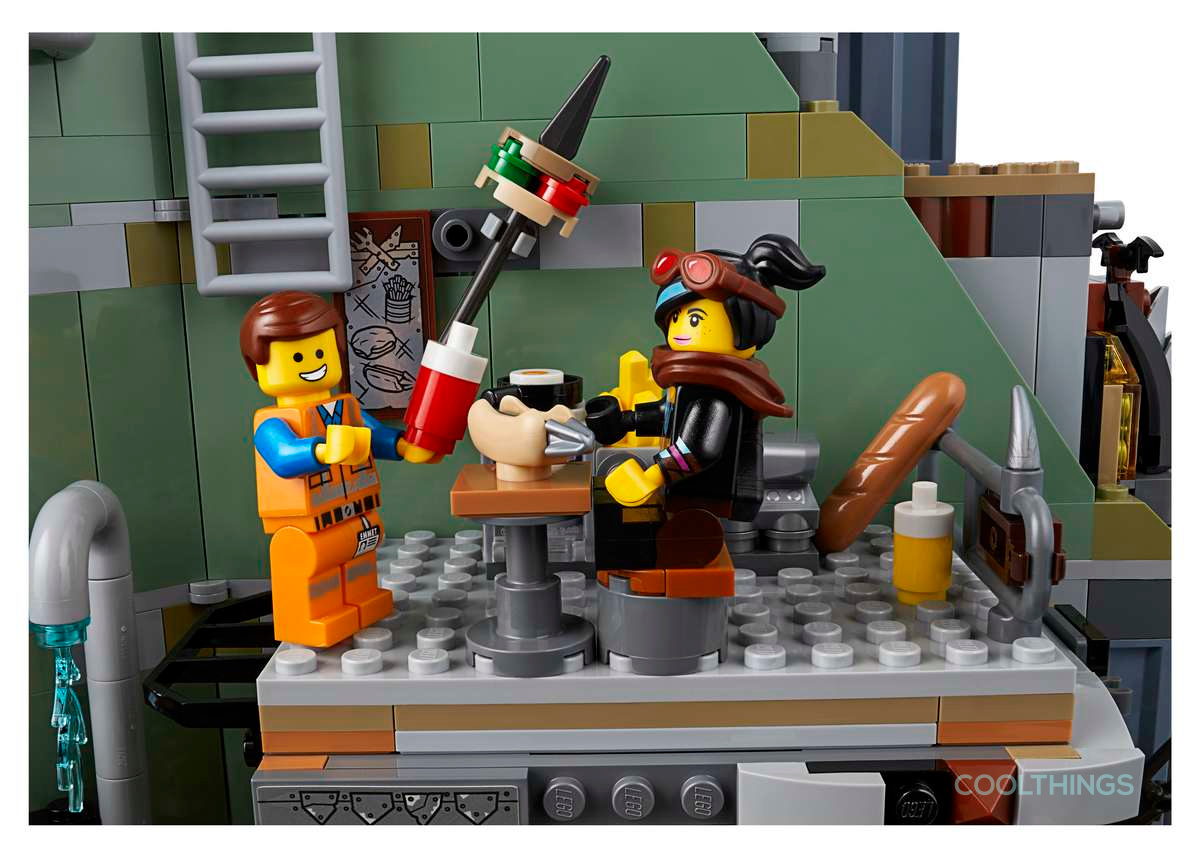 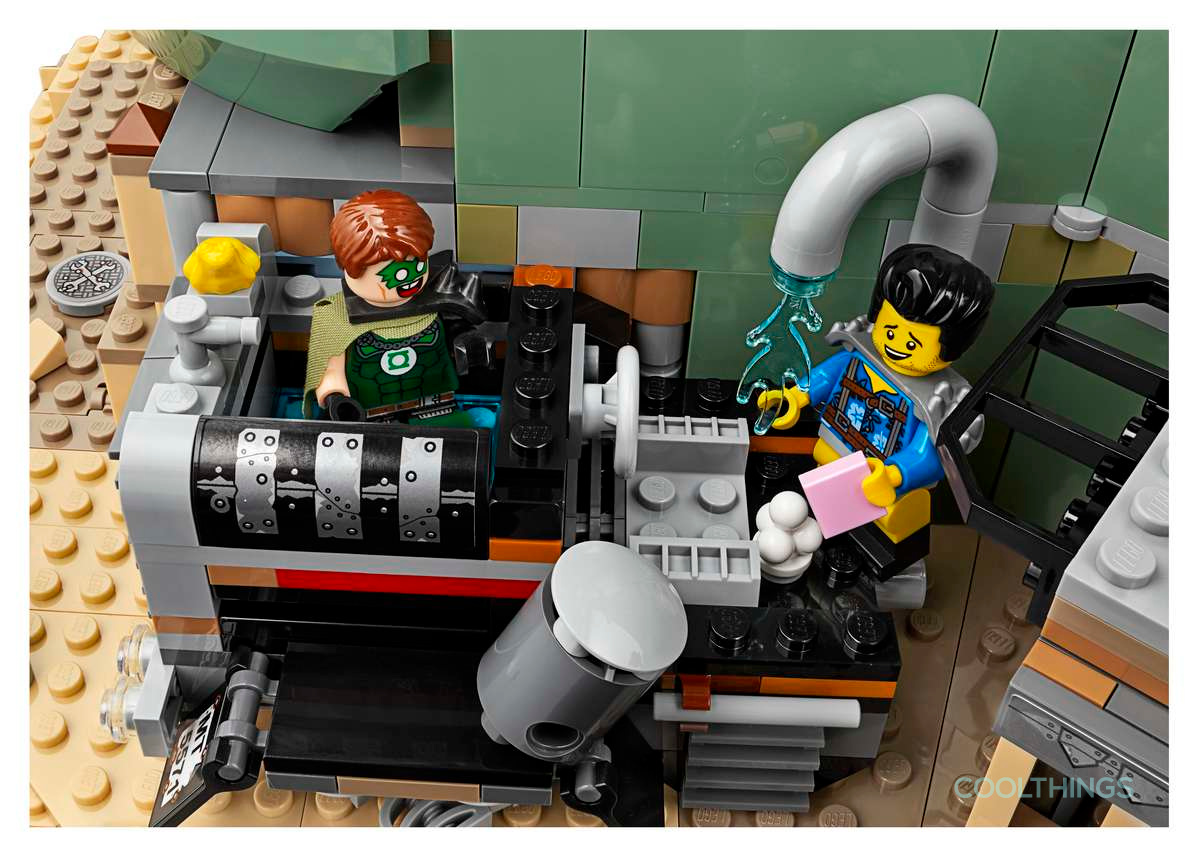 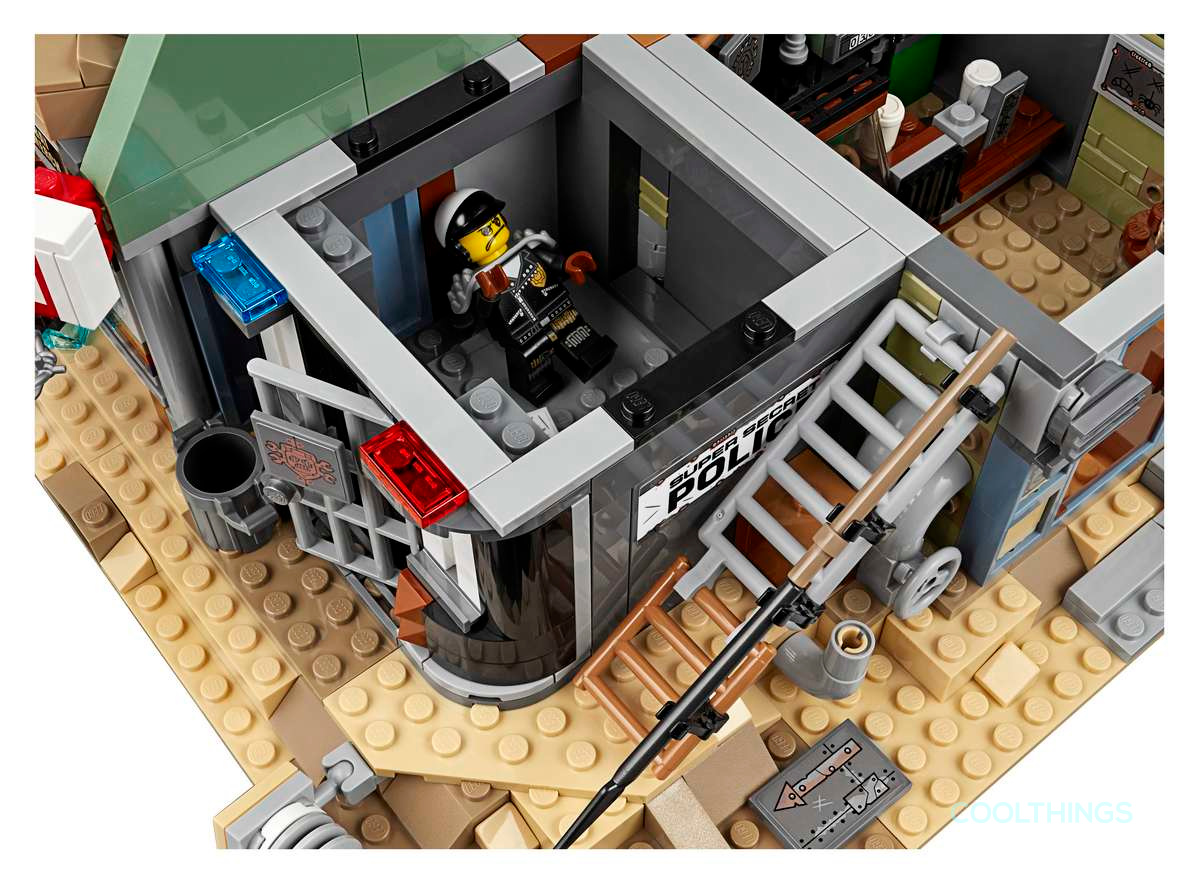 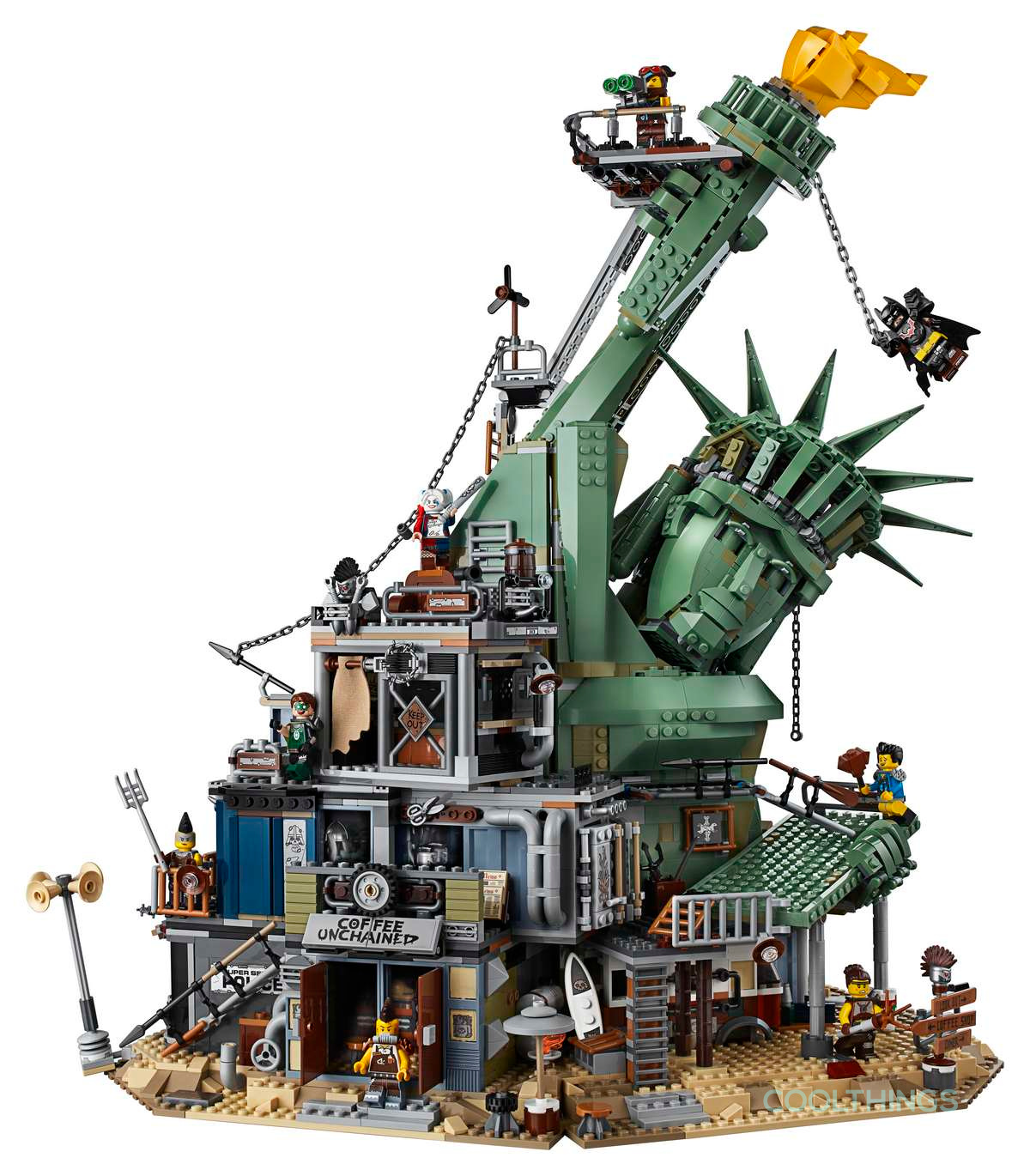 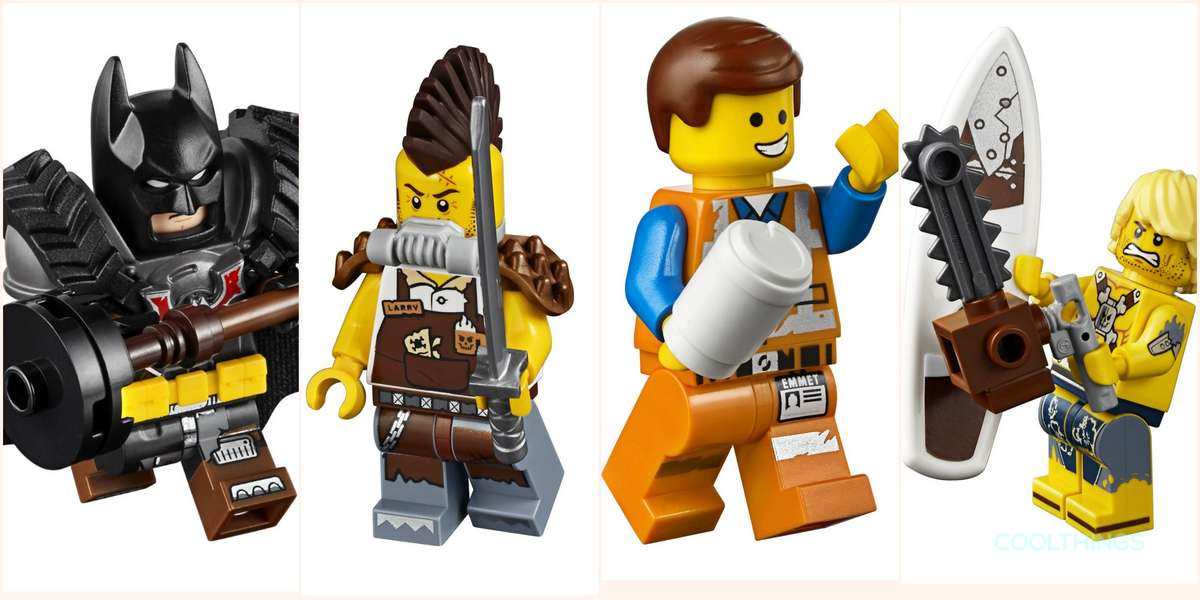 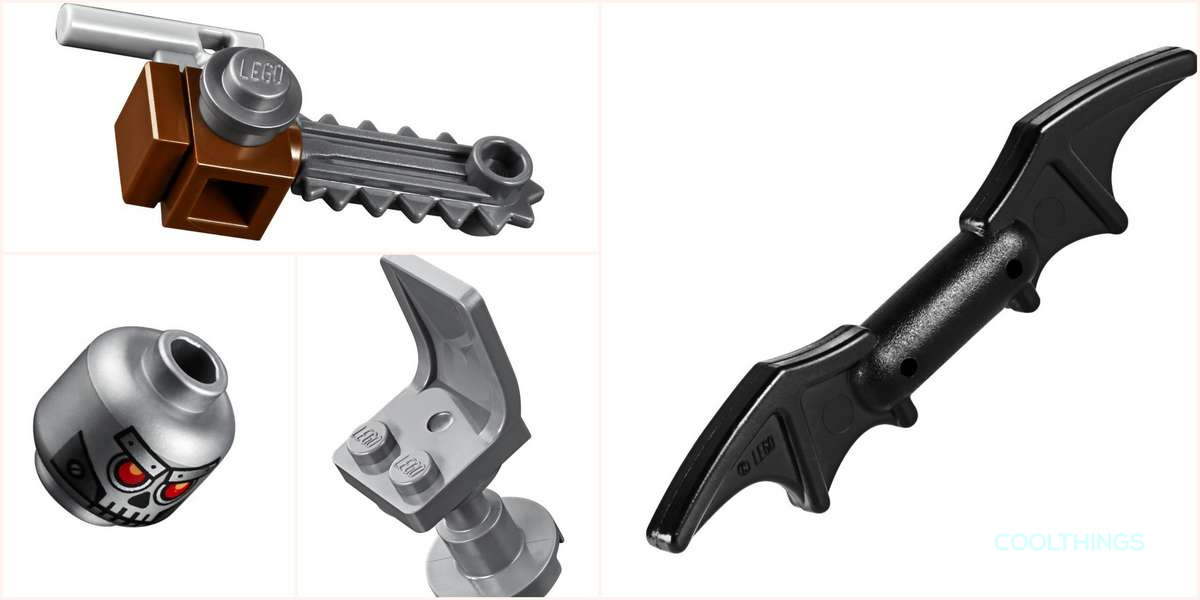