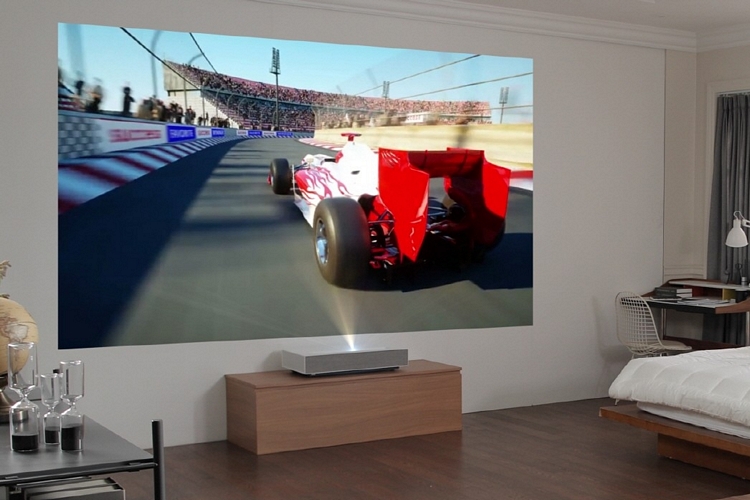 We’re huge fans of modern laser projectors, which can throw large images up a wall while standing at just a couple of inches away. It’s impressive, allowing you to use a projector as your main TV without complicating your living room setup. The LG CinemaBeam Laser 4K iterates further improvements on the category.

The second-generation of the outfit’s 4K laser projector, the device is able to replace an erstwhile gigantic screen with a box that’s about the size of those VHS players from the 80s. Seriously, the darn thing is smaller than most every other ultra-short-throw (UST) 4K projector currently in the market (we mean, compare that with Sony’s giant-looking unit from just this year). More importantly, it’s able to replace your giant TV with a similarly-sized projection screen, all while standing a mere couple of inches from the wall, ensuring you can enjoy uninterrupted viewing from start to finish. 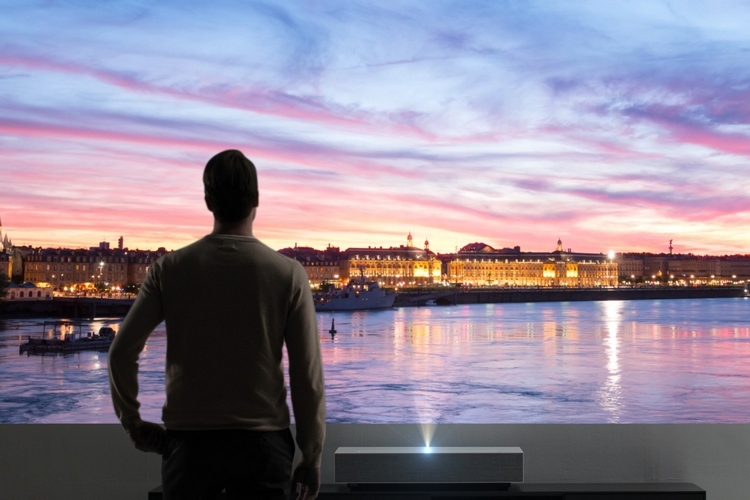 The LG CineBeam Laser 4K Projector only needs to be placed two inches away from the wall to generate a 90-inch diagonal image, allowing you to project a literal giant full 4K UHD screen while keeping it almost flush to the wall. Placed a little further at seven inches and it increases the screen to an even bigger 120 inches, all without removing your projector from the media cabinet where it can permanently reside. That’s right, no more keeping the projector on the coffee table and screaming at anyone who gets in its path to move out of the way.

Accompanying that large 4K UHD image is 2,500 ANSI lumens of brightness and a wide color gamut, ensuring it produces exceptionally bright images, accurate colors, and a highly-immersive viewing experience. There’s also a 12-point automatic keystone adjustment, which should help eliminate the image distortion that’s been a mainstay issue when it comes to projectors, ensuring it delivers better visual accuracy, whether you’re watching a movie, jamming to a live concert, or playing the Blackout mode of Black Ops 4 on the PS4 Pro. 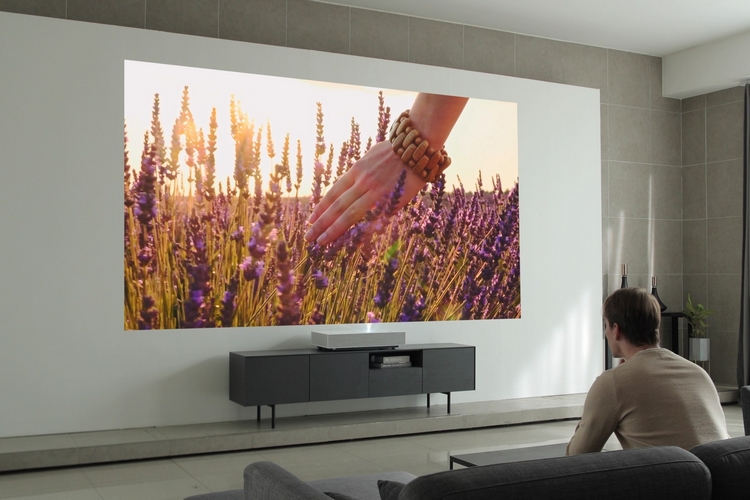 The LG CineBeam Laser 4K Projector comes with the outfit’s Magic Remote for controlling the device without leaving the couch, allowing you to change channels, load a new movie, or switch to a different streaming service with just a few button clicks. Yes, it also comes with voice control support, complete with LG’s ThinQ AI, so you can recite natural-sounding commands, such as “find cooking videos on YouTube,” “play my Netflix queue,” and “turn off the projector as soon as the movie is finished.” The remote, by the way, recognizes gestures and can automatically turn on the backlighting only when it detects that it’s being picked up.

If the picture quality in the product photos are real, then this thing produces some seriously nice images, making it truly viable replacement for large TVs, without the substantial space requirements. Plus, you can throw the beer bottle at the screen as much as you want while watching live sports without actually breaking it, so you won’t have to buy a new TV every time you favorite team loses a close game.