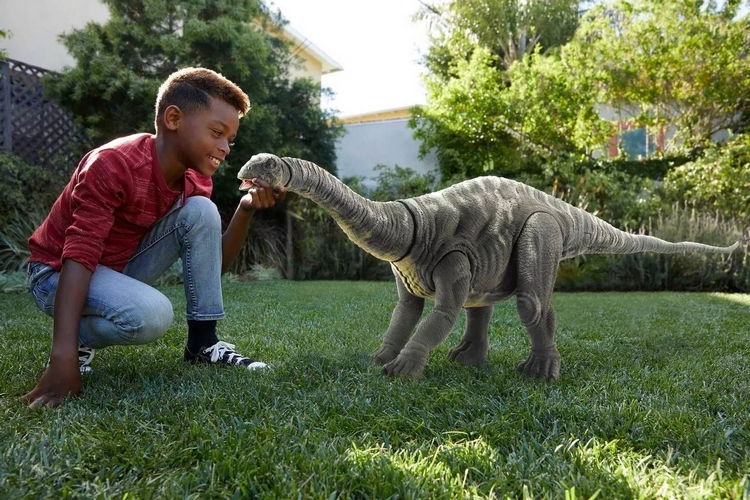 If you collect Jurassic World toys, chances are, you own some of those dinosaur action figures that measure around the size of small puppies. They’re awesome, allowing you to make any backyard look like your very own miniature Jurassic Park. Problem is, most folks typically collect T-rexes, indoraptors, and other deadly dinosaurs from the films, so your backyard is now littered with vicious prehistoric carnivores, making it feel more like a horrifying Jurassic warzone than an amusement theme park. If you want to make your dinosaur party feel just a tad less intimidating, you may want to add the Mattel Jurassic World Legacy Collection Large Apatosaurus Figure to the mix.

To the unfamiliar, the Apatosaurus is that large herbivorous dinosaur species with a long neck that you’ll frequently see in prehistoric movies, peacefully chewing on tree leaves while towering over other creatures in the land. It’s a veritable fixture on every dinosaur film and now, it can be a fixture in your very own Jurassic backyard, too. 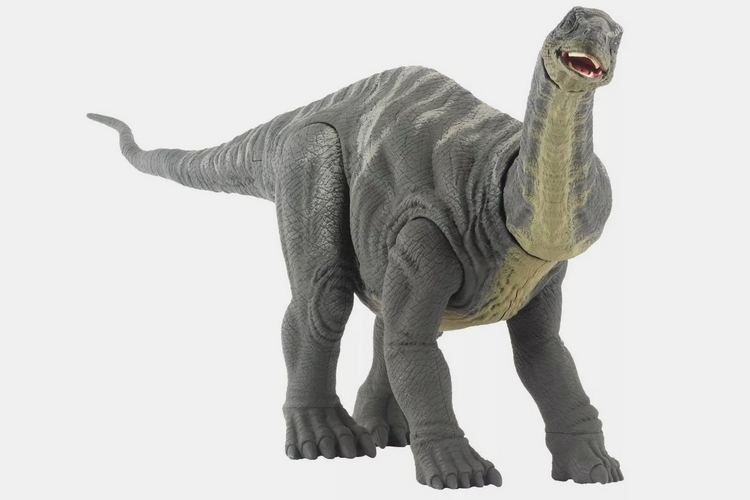 The Mattel Jurassic World Large Apatosaurus Figure is a massive reproduction of the plant-eating dinosaur, measuring a whopping 44.5 x 12.2 x 6.5 inches (length x height x width). That’s right, it’s over a foot tall and nearly four feet long, giving it the kind of proportions that make it feel more like a pet than a toy. Except… you know… it won’t pee on the carpet or bark at the neighbors or chew on your favorite pair of shoes. At any rate, people will notice this thing due to its sheer size, whether you have it standing on a shelf, posing on a table, or sprawled out with other dinosaurs in the backyard. 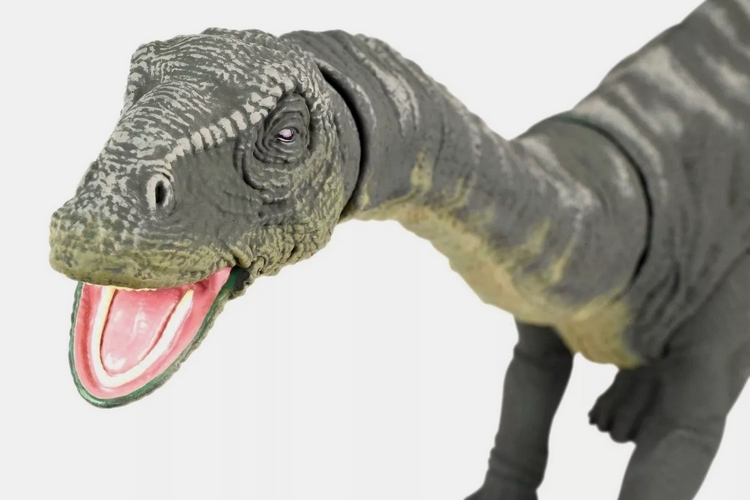 The toy dinosaur is articulated, by the way, with a posable head, posable neck, posable tail, and four posable legs, so you can make it look like it’s performing actions of all sorts. Being a nice, friendly dinosaur, of course, those will be erstwhile innocent and benign actions, such as chewing on your mom’s flowers in the garden, knocking over the gnome with its whip-like tail, or accidentally stepping on a velociraptor. Hey… it’s an accident. 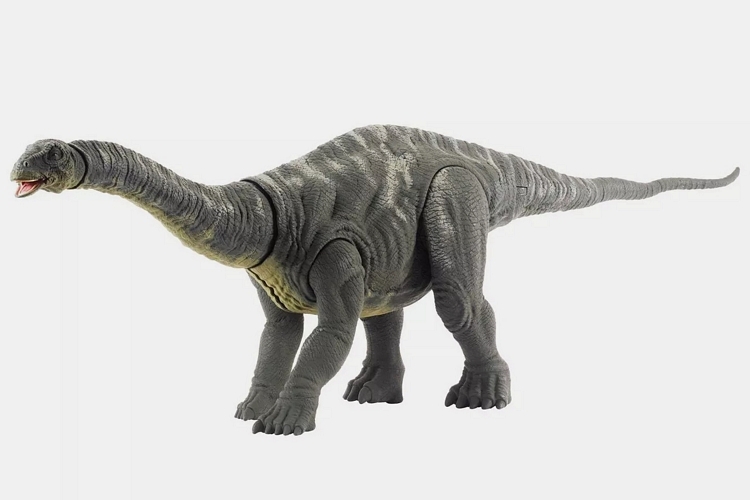 The Mattel Jurassic World Large Apatosaurus Figure recreates the creature as we’ve long imagined them in our films, from its large rotund body and chunky legs to its long thick neck and five-fingered paws. Naturally, it’s covered in that thick, scaly skin that looks like it will break the teeth of any human foolish enough to try to bite it, as well as a head that, in all honesty, looks smaller than its rear paws. Unlike many dinosaurs in the Jurassic franchise, it doesn’t wear a menacing look on its face. Instead, the darn thing is plastered with a friendly smile that makes it look like the friendliest creature in all of prehistoric Earth. Well… one that can stomp you to death by unwitting accident if you’re not careful.

The Mattel Jurassic World Large Apatosaurus Figure is now available for preorder with an October ship date. Price is $54.99.