Turn Thanksgiving Into Turkey Chainsaw Massacre With The Mighty Carver 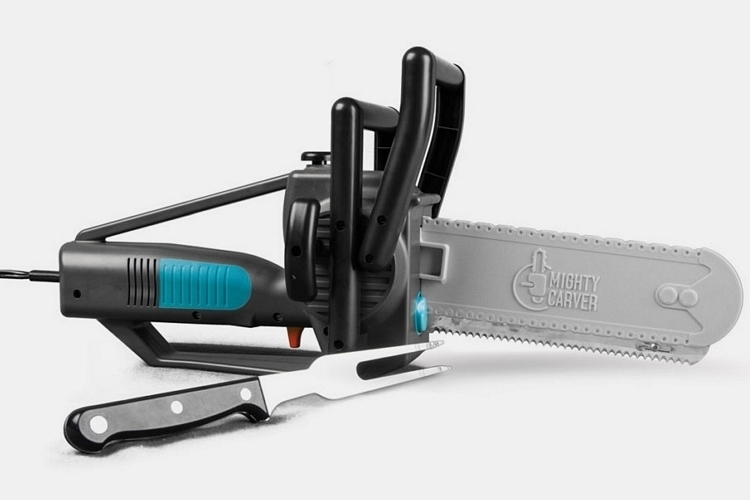 It looks like a toy chainsaw. You know, the kind your kid will be wielding around in Halloween while dressed in his killer Leatherface regalia. The Mighty Carver, though, isn’t intended as a children’s Halloween prop. Instead, it’s a motorized carving knife that you can use to slice that Thanksgiving turkey into dinner-ready serving-size pieces.

That’s right, you can finally ditch the boring carving knife into a more exciting one that will carve through your turkey with as much violence as a chainsaw digs through a tree trunk. No, it isn’t an actual chainsaw, so don’t expect to cut through the bone of the roasted bird on your dinner table (it won’t cut through frozen food either), but it does have enough cutting muscle to slice through meats, produce, and similar items without all that back-and-forth motion. 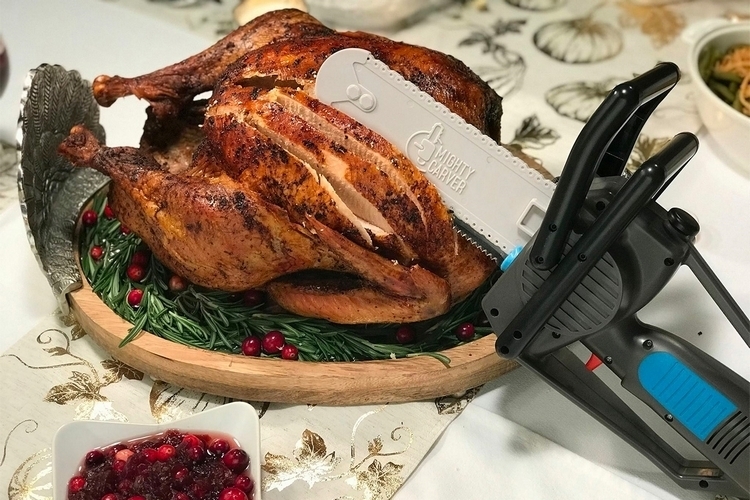 The Mighty Carver is an electric carving knife clad in the likeness of a miniature chainsaw, with a blade that moves back-and-forth automatically at the push of a button. Made from surgical-grade stainless steel, the blade sports a razor-sharp, machine-cut edge for cutting through meaty items with as little work as possible, all while being handled like a lumberjack’s chainsaw, so you can look like the coolest dad ripping through the roasted turkey on Thanksgiving. And yes, you can use the same knife to cleanly slice through loaves of bread every breakfast, a block of chocolate for dessert, or meaty fruits during afternoon snacks.

A handle in the back allows you to hold it like a regular knife (if that’s your thing), albeit without the need for moving the blade back-and-forth. For maximum visual delight, though, make sure to also use the top handle, which completes the chainsaw aesthetic, making you look like you’re performing something far more intense than prepping a bunch of food for dinner. 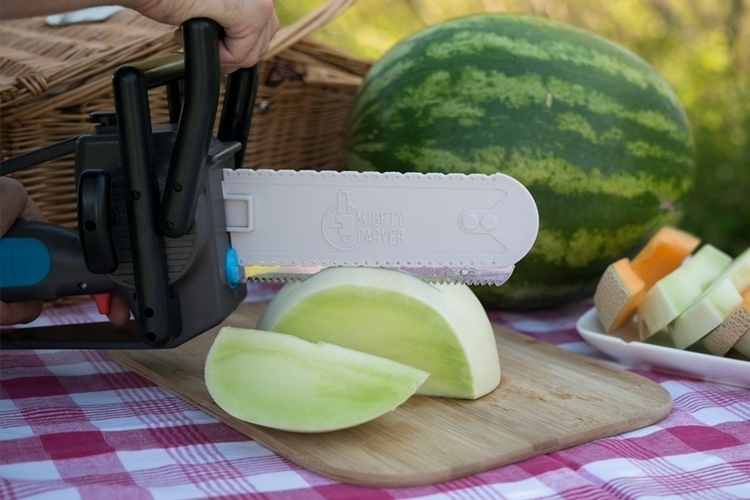 The Mighty Carver measures 19 x 5.8 x 8.7 inches (length x width x height), so it’s way smaller than an actual chainsaw, allowing you to keep it somewhere in the kitchen instead of the work shed in the backyard. Granted, it’s not small enough to fit into kitchen drawers, although you can probably find a shelf or cabinet that will be able to accommodate it. Do note, it’s not battery-powered, so you’ll have to plug it in to a wall outlet before it will perform the motorized carving, so it’s not the most convenient thing to bring to the dinner table, since kids running around the kitchen will probably trip on the power cable (and, yes, no amount of telling them to cut it will make them stop). 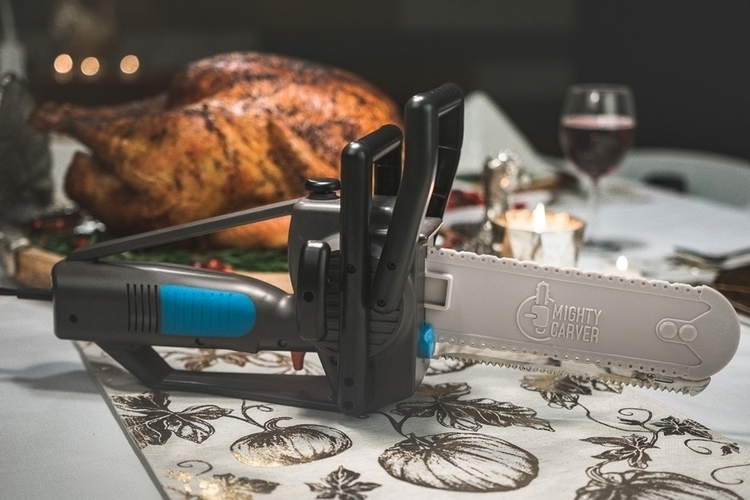 Both the blade and the bar can be easily released for cleaning, with the blade coming off with the push of a button and the bar coming off with a simple pull. It comes paired with a carving knife, just in case you’re outfitting a bare kitchen with none of the essentials just yet. Do you need this in your life? Probably not. Will it make you happier to have a chainsaw that’s actually a carving knife? Absolutely.

The Mighty Carver is available now.