Stage Your Own LEGO Music Festival With These Awesome Musician Minifigs 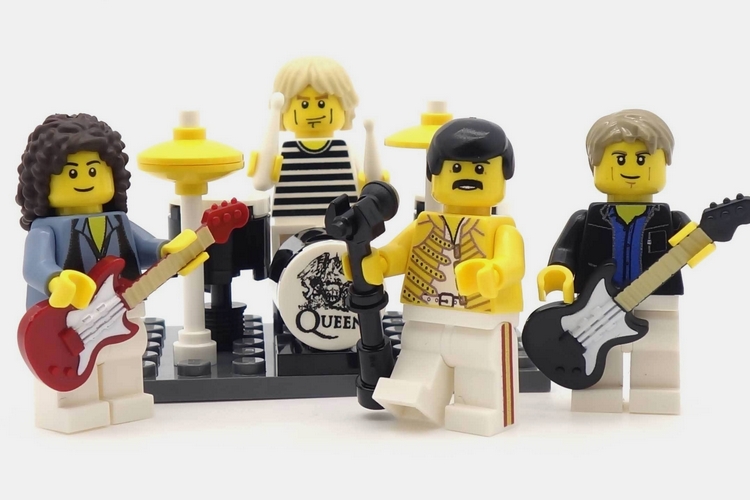 Ever tried to paint your minifigs to resemble the likeness of a favorite band, so you can set them up to hold a tabletop concert for your entertainment? No, you’re not that weird? Just me, then. In case your LEGO predilections mirror mine somewhat, though, you might be interested in picking up some of these Musician Minifigs from Minifigs.me instead.

Just like the rest of their product line, the outfit creates customized minifigs that recreate real-world likenesses for this collection. In this case, they made the unofficial LEGO characters look like a variety of popular musicians, so you can make your favorite singers, rappers, and bands perform in the main stage of your LEGO strip club. 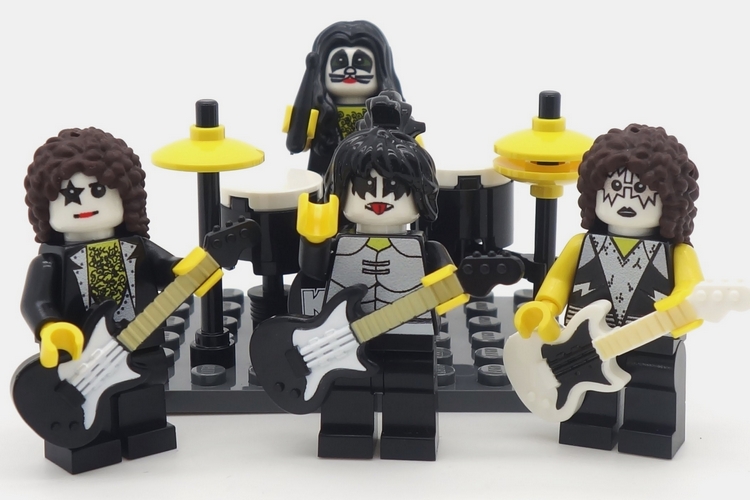 The Musician Minifigs should consist of an ever-evolving lineup, similar to the outfit’s other minifig collections, so you best make sure to pick up something you like as soon as you can, just in case it gets discontinued down the line. Based on the lineup, we’re guessing there’s a whole lot of older LEGO fans, which would explain the inclusion of older musical acts, such as Queen (with Freddie Mercury getting various solo minifigs, too), the Beatles, David Bowie, ABBA, Rolling Stones, Johnny Cash, Elton John, and KISS (yes, it’s that version of KISS in full weirdo makeup, so you can get yourself some weird characters from this awesome collection). The older musical acts also get plenty of variations, so you can pick up multiple Beatles minifigs from various points in their career, along with Bowie (seriously, he might have the most iterations in the set) and Queen.

Folks who grew up just a little bit later than fans of those, on the other hand, get to partake in minifigs of Bruce Springsteen, George Michael (just solo, so Wham! fans won’t quite get their fill), Madonna, Kurt Cobain and Dave Grohl (separately, so no Nirvana reunion in minifig form), Metallica, Pulp, and Robbie Williams. Yes, we’d like to see a few more musical acts from the era, too, especially, female ones, since they tended to be the more colorful characters at the time. You know, let me reenact Cobain and Courtney Love’s wedding with a Seattle grunge theme, for Chrissake! 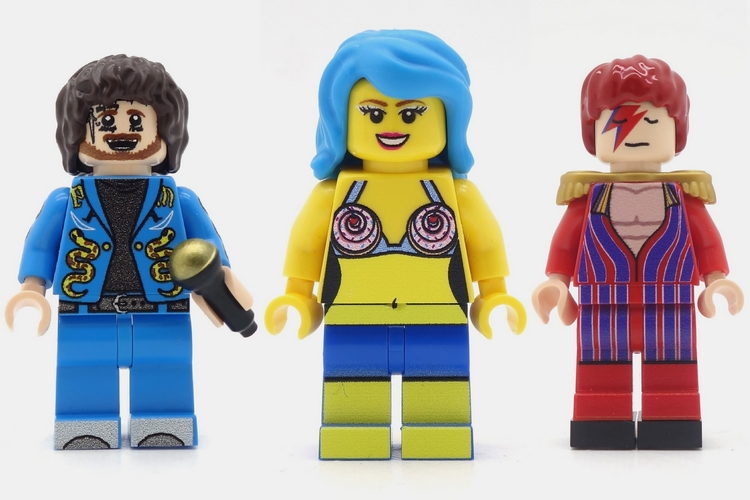 For younger fans, the Musician Minifigs lineup also include Arctic Monkeys, Daft Punk, Beyonce, Post Malone, Katy Perry, Ed Sheeran, and an Eminem wearing a hockey mask that’s supposed to be Slim Shady (yeah, I’m not sold, either). The Daft Punk duo minifigs have to be some of our favorites of the bunch, as they come decked in full helmets and bodysuits to resemble the musical performers’ actual real-life schtick. 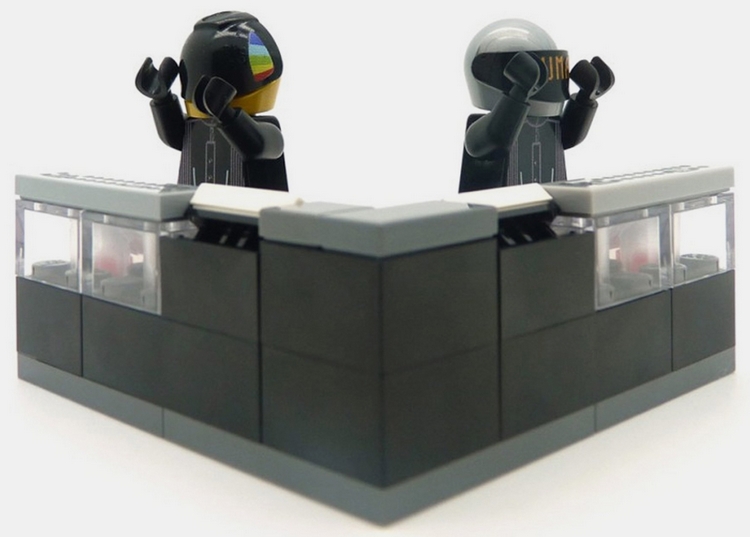 Each minifig comes with different accessories, from guitars and microphones to drum sets and various props. Some of the minifigs also come with optional stage setups, so you can skip building your own stage and just get one with a full live performance setup (non-functional lighting and speaker rigs) already integrated. Oh yeah, the minifigs, by the way, can be bought in standard yellow color, just like regular LEGOs, or in a more realistic skin tone.

Find out more about the Musician Minifigs from Minifigs.me.