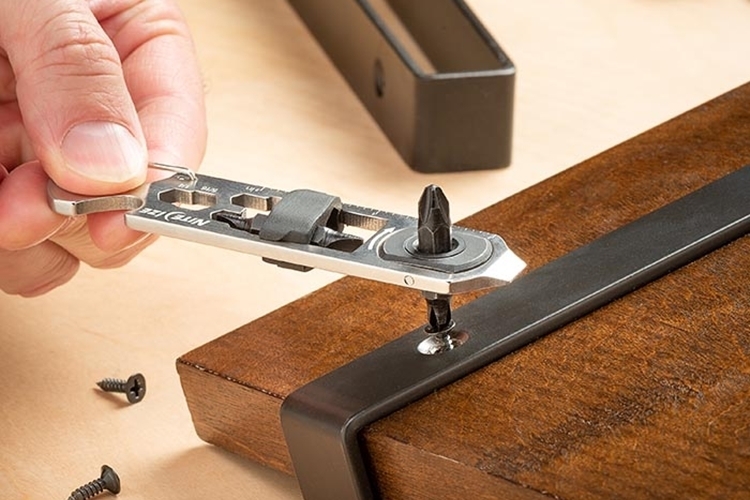 It looks like an elaborate bottle opener. You know, the kind you’ll hang somewhere on your cooler during a party, so everyone grabbing a beer can quickly crack them open. Except, the Nite Ize DoohicKey Ratchet Key Tool can do way more than pop off bottle caps, packing over a dozen functions in an erstwhile compact frame.

Billed as a ratchet key tool, the multi-tool will let your tighten screws and bolts, pry off attached objects, and perform a few other common functions. It does that while coming in a flat profile that can easily slide into most pockets, making it easy to integrate as part of your everyday carry. 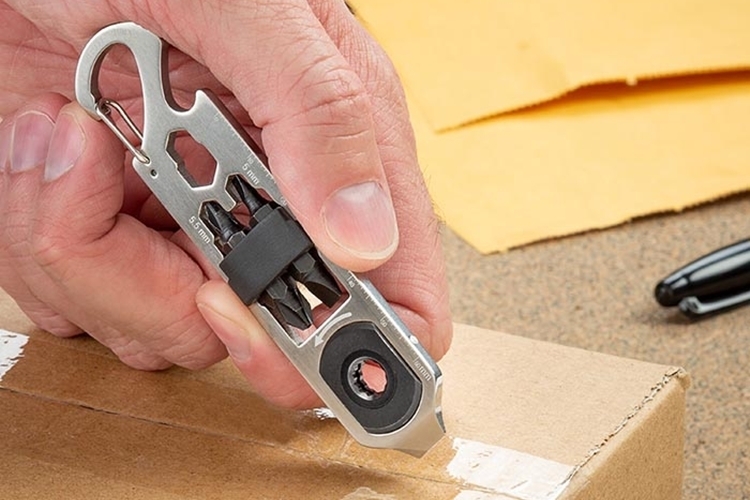 The Nite Ize DoohicKey Ratchet Key Tool is clad in a flat metal body that measures just a hair over four inches long, with a rubber storage section in the middle that’s sized to fit a pair of included double-sided bits, one with two flat head tips (3.5 mm and 5.5 mm) and one with two Phillips drivers (1 and 2). The bits slide into the ratchet at the end, allowing you to tighten and loosen screws with a whole lot of torque using the tool’s frame. Do note, you might want to wrap a cloth around it when twisting, since gripping a relatively thin slab of metal isn’t going to be easy on your hands, especially when engaging in more difficult jobs (e.g. loosening a stuck screw). The front side of the tool’s ratchet is designed for turning clockwise, while the backside turns the opposite way, with clear arrow labels indicating each side’s direction.

It has a cutout that can serve as a quarter-inch and a 5/16-inch wrench for turning various nuts and bolts you encounter, with two more wrench functions hidden in the storage slot for the bits. Remove the bits and the dock holding them to reveal the additional wrench cutout, which can be used for 5 mm and 5.5 mm fasteners. 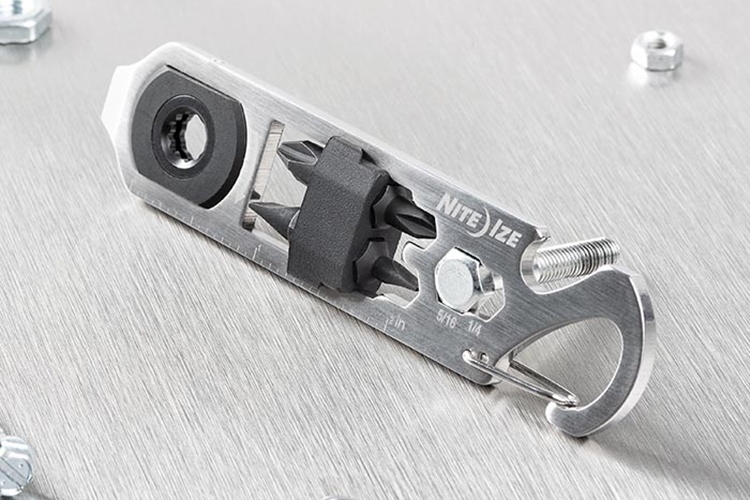 The Nite Ize DoohicKey Ratchet Key Tool also has a pry tool for opening paint cans, removing chewing gum from under the desk, and performing all sorts of prying tasks, with the pry bar’s corner serving as a scoring point for opening all those packages you get from all the stuff you order over the internet. When you need to measure the lengths of any stuff, you can use the etched ruler on the front and back edges of the tool, which shows measurements in standard and metric. 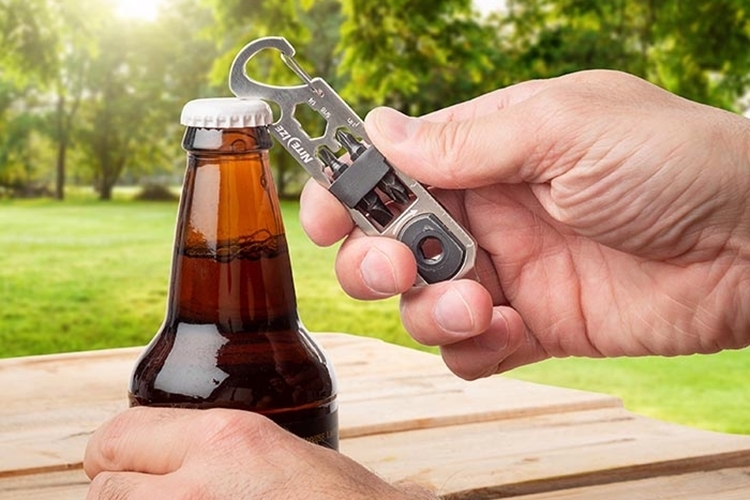 Dimensions are 4.06 x 0.94 x 0.39 inches (length x width x thickness), with much of the thickness actually taken up by the bit storage dock in the center, so if you remove that (along with the bits), it’s barely thicker than a standard ruler. There is, naturally, a bottle opener because you can’t have a multi-tool without one, as well as a carabiner clip for hanging it on loops, rings, and all sorts of stuff. Construction is stainless steel for the whole thing, so it should make for quite the strong tool, too.