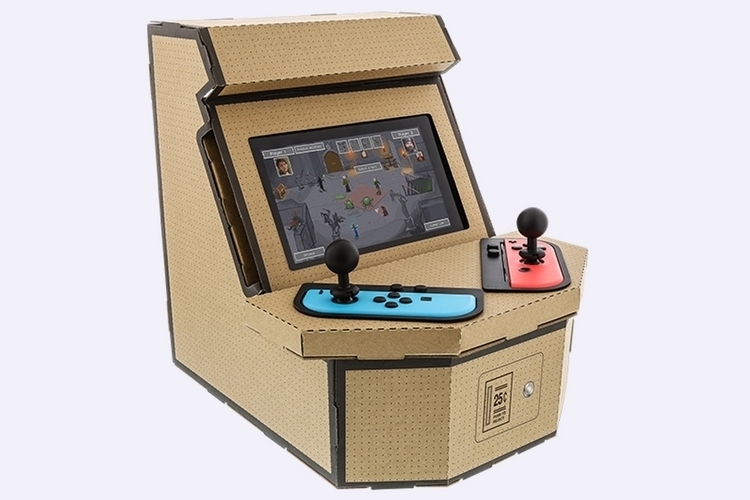 With the popularity of Nintendo’s cardboard Labo kits, we knew it was only a matter of time before accessory makers designed their own cardboard creations for the Switch. It looks like Nyko will be the first one to step up with the PixelQuest Arcade Kit, a cardboard set that gives Nintendo’s modern console a desktop arcade cabinet.

You know all those arcade cabinet accessories that are designed to dock a tablet to serve as the display? Well, it’s kind of like that. Except, with docking stations for the Switch’s touchscreen and the two Joy-Cons, so you can have two players mash buttons on Street Fighter, Mario Kart 8, and whatever other arcade title you own as if you were in an arcade hall back in the 90s. 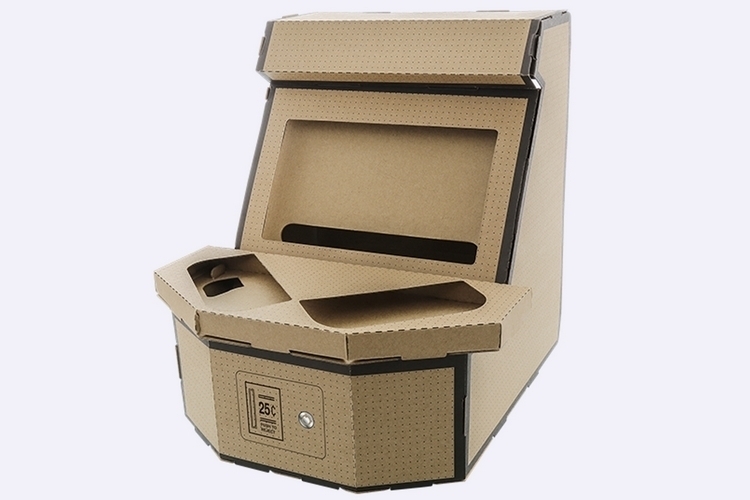 The Nyko PixelQuest Arcade Kit doesn’t come with its own software or games the way Nintendo’s Labo kits do. Instead, it’s literally just a docking station clad in the form of a desktop arcade cabinet, so you can indulge in your favorite arcade games the way they are best enjoyed. Do note, it’s only meant to work with games that utilize a single Joy-Con, since the placement of the gamepads on the cabinet is likely to make it difficult to play games that require both controllers.

As with many cardboard kits, this comes flat-packed and requires assembly in order to form the final cabinet build. Unlike the Labo kits, though, there aren’t any moving parts in the cardboard pieces, so the assembly should be simpler and more straightforward. That is to say, kids aren’t likely to learn any STEM concepts here, although it does get them a really nice-looking arcade cabinet that they can rip with their bare hands whenever they rage after a tough loss. Hey, it’s better than throwing their Joy-Cons at a wall or something. 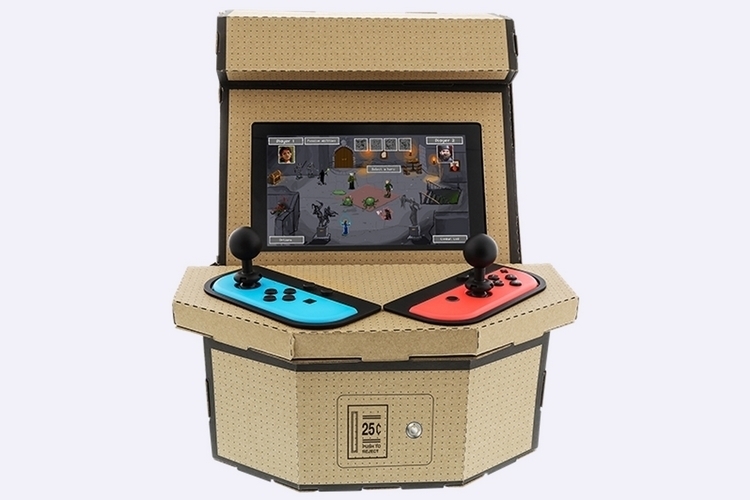 The Nyko PixelQuest Arcade Kit isn’t made up entirely of cardboard. Instead, it comes with plastic elements that surround the Joy-Cons before you insert it in the dock, which should serve to better secure it in place while providing access to the shoulder button via physical buttons that activate the corresponding shoulder buttons whenever they are pressed. It also comes with two large joysticks that clip onto the thumb sticks to provide a bigger control that’s more suited for an arcade setup. We mean, you have your entire left hand free, so might as well use it to grab a proper joystick.

It has built-in cutouts on the cardboard to enable passive ventilation for the Switch, as well as a cutout for passing through a charging cable, so you can play in arcade mode for extended periods of time. Each set comes with eight sheets of cardboard (all sheets will be used in the build) and a set of stickers that you can use to decorate your arcade cabinet. Of course, you can always just go ahead and paint it yourself, which will likely be the first post-build project for many folks who pick this thing up.

Slated to go on sale later this year, the Nyko PixelQuest Arcade Kit is priced at $19.99.