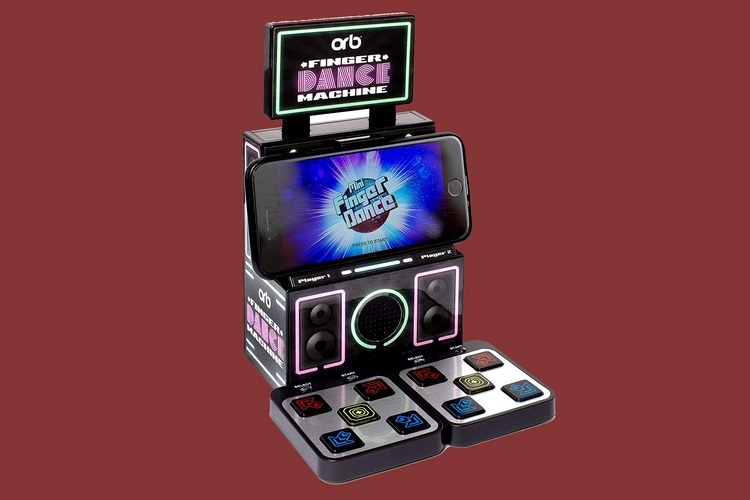 Dance, Dance Revolution is one of the most fun arcade games of all time, having been one of the few games that incorporated physical activity beyond grabbing joysticks and mashing buttons. It’s also one of the most physically demanding, which is probably one of the reasons why many gamers have since moved on from it. But what if you can bring the same thrills of DDR without the tired legs, heavy breathing, and heart palpitations? We’re guessing that’s the idea behind this ORB Finger Dance Machine.

Instead of moving your feet on top of a controller dance pad, the toy has you performing the moves using your fingers. That way, you get to challenge your timing and pattern reading similar to the original game without having to feel like just ran on a treadmill after 15 minutes of playing. 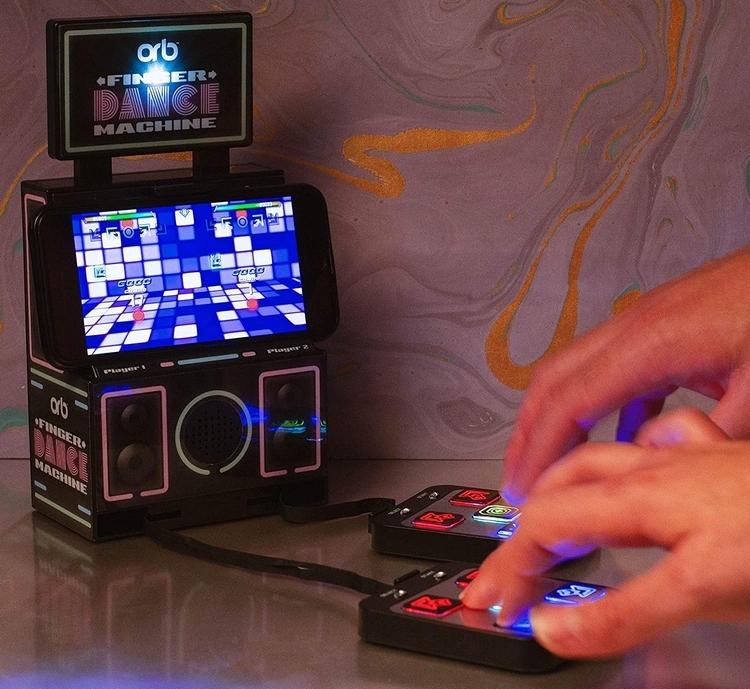 The ORB Finger Dance Machine looks like a standard DDR arcade rig, with two dance pads and a speaker out front with a smartphone dock on top of it. There’s no screen onboard, as the game isn’t built into the toy. Instead, you’re supposed to dock your smartphone, pair it with the toy, and launch a mobile game called Mini Finger Dance (iOS and Android). When you first launch the game, by the way, you’ll have to enter the account name and password printed on the toy, so make sure you get that part done.

Once you’ve done the first setup, it should be good to go. You can simply choose songs and perform the onscreen patterns by pushing the corresponding buttons right on the dance pad. Do note, this is an off-brand operation of sorts, so you don’t get many licensed songs the way you would with the original DDR title. Hopefully, they add an update that allows you to use your own locally-saved songs, since that would make it a whole lot more fun. 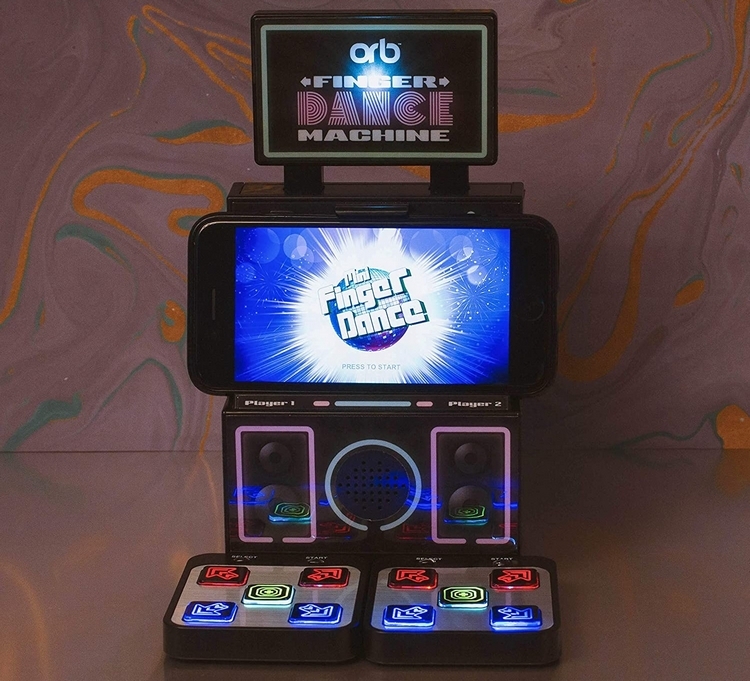 The ORB Finger Dance Machine can be played as a single player or two-player game, so you can do it to set a personal high-score or stage a finger-dancing duel with a friend. If you’re getting too good at it, you can even do the two-player mode using one hand on each dance pad to really test how coordinated you are with using both hands. Like the original game, it has different patterns of varying complexities and speeds, so it should offer enough of a challenge to keep you engaged for an extended period. It runs on four AA batteries. 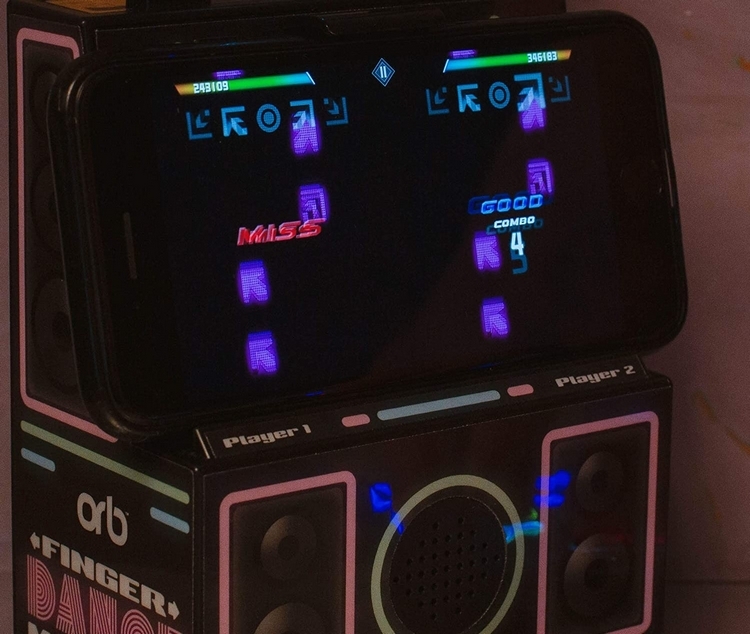 You know what we would really like, though? For Konami to make a similar machine with their licensed songs and, of course, that classic DDR branding. That’s something that can really trigger the nostalgia for folks who played the game many years ago, whether in amusement arcades or with those dance pad accessories for PCs and consoles. Just make sure it’s all about just finger dancing similar to this toy because… you know… all that real dancing is a bit too hard on the body. 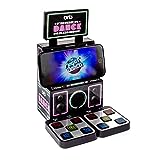