Shooting Nerf blasters can make for a whole lot of fun. So will playing with these PaperShooters. Unlike regular blasters, though, they come as construction kits that you assemble from scratch, allowing you to get to know your toy shooter in a much more intimate capacity.

That’s right, you’ll build your own blaster, giving you the chance to familiarize yourself with every aspect of its operation. From the air chamber to the spring firing assembly to the trigger mechanism, you’ll put everything together all by yourself. 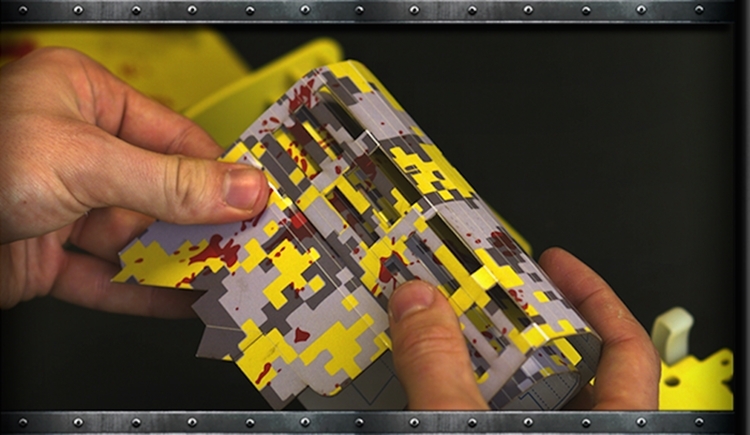 Each PaperShooters blaster consists of 124 pieces, including a plastic skeleton, pre-cut cardboard body panels, springs, screws, and other small components. Everything you need to build the blaster is included in the kit – just throw in some glue to fasten everything tight and you’re set. Despite the cardboard build, this is a full-featured working shooter, with a real trigger, a reloadable magazine, and even ejecting shells. Features include a removable stock, removable barrel, and a safety catch. 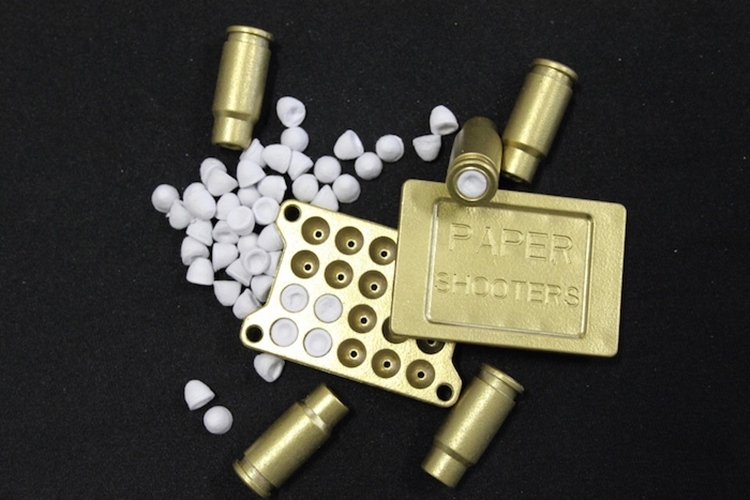 It uses molded paper as “soft splat ammo” (it comes with a mold, so you can make as many bullets as you want), which players arm on the eight included shells. Granted, a DIY blaster with paper munitions may not sound that impressive. This thing, though, can fire that paper projectile a whopping 65 feet, so even long-range battles from across the office floor can be waged with these blasters in tow. Just don’t go up against any kids armed with Super Soakers, lest you enjoy watching your rifle go limp right in the heat of battle.

A Kickstarter campaign is currently running to fund PaperShooters. Pledges to reserve a unit starts at £30.