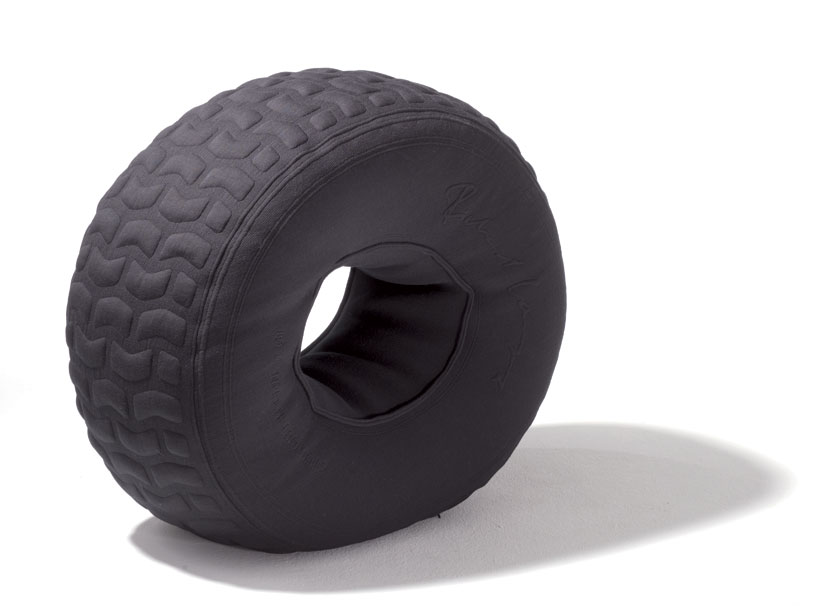 The Pit Stop is a beanbag chair that looks like a tire.  So when you’re sitting on it, you look like you’re lounging on a spare tire you pulled out of the trunk.  Or maybe you’ll feel like you’re at a real pit stop of a local race, waiting for your driver to pull in so you can put your automobile-tinkering powers to good use.  Either way, the thing looks awesome.

Fashioned by Dutch designer Bertjan Pot, the floor lounger is actually aimed for use as children’s furniture.  Measuring 80 cm. in diameter and 30 cm. in height, it looks big enough for grown-ups, though, so we doubt throwing one down for you to kick back in will be a problem (unless the girlfriend hates beanbags, which is likely). 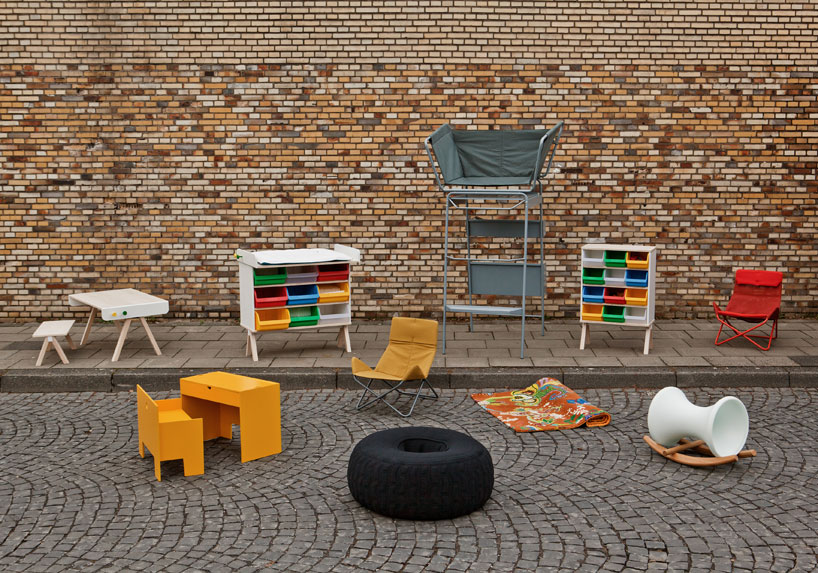 Like other beanbags, the Pit Stop is packed with polystyrene beads that conform to your body while you’re plopped down on it, making for one swanky spot to sit in while playing Gran Turismo in the living room.   It uses knitted wool, sewn to a polyster fleece, with the detailing (tire treads, sidewall and logos) accomplished using foam-filled, double-sided knits.  Even better, the entire cover can be zipped off for washing, so you don’t actually have to laze off on a dirty tire.

Stuttgart-based outfit Richard Lampert is manufacturing the Pit Stop, along with other products for their “Kids Collection.”  The entire range was recently shown off at the IMM Cologne 2011.  No word on pricing, but designer stuff like this is rarely cheap.