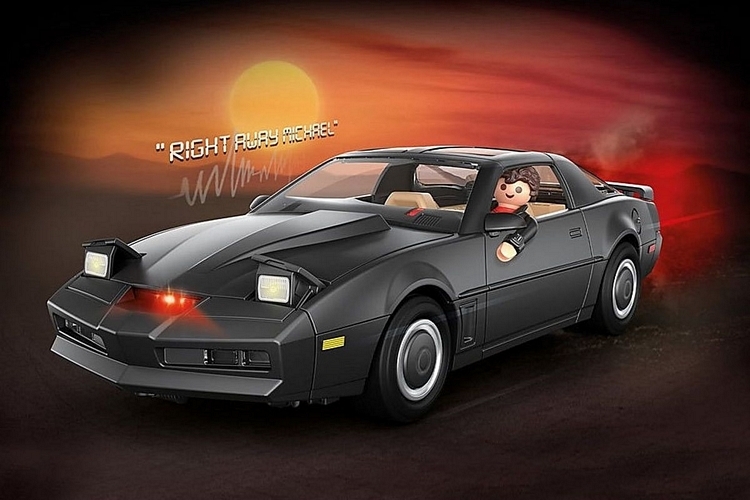 Like many popular 80s properties, the Knight Rider is getting a reboot in the age of streaming. From what we’ve read, though, it’s going to be a movie, rather than an ongoing series. Whichever the case, it’s fun to imagine what that reboot will look like, with autonomous cars and intelligent assistants no longer the science fiction tech it used to be. Since that remake isn’t likely to come anytime soon, maybe you can get your 80s crimefighting car fix in the meantime with the Playmobil Knight Rider K.I.T.T.

That’s right, Playmobil is releasing a playset of the fictional autonomous car, allowing you to add a veritable superhero vehicle to your collection that can rival anything in James Bond’s fleet. Granted, it doesn’t actually integrate the weaponized laser, gatling guns, or missile launchers that the vehicle used in its crimefighting capers, but it should make for a fun toy for fans of the show all the same. 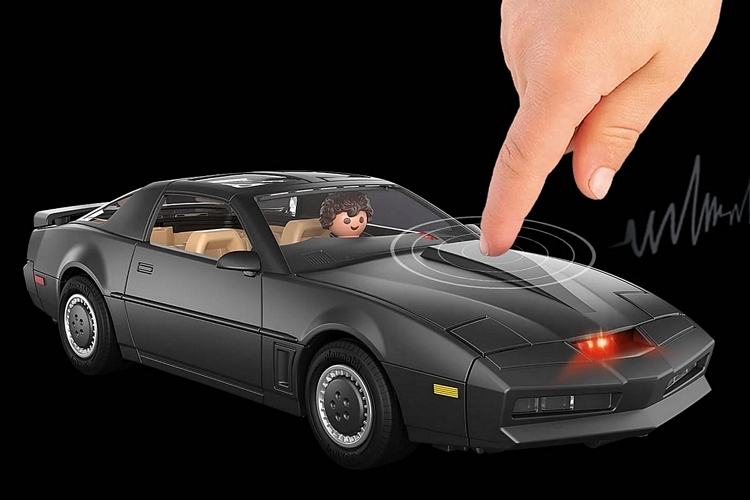 The Playmobil Knight Rider K.I.T.T. recreates the Knight Industries Two Thousand, a heavily modified Pontiac Firebird Trans Am that plays host to technologies that were far too advanced for its time. It reproduces the exterior details pretty well, which should make it easily identifiable for people who grew up on the show or watched it decades later on one of the numerous streaming services that carry the series. Chief among those details, of course, is the scanner light out front that lights up in patterns corresponding to the vehicle AI’s voice interactions.

While it doesn’t have K.I.T.T.’s weapons onboard, it does bring some of the technological marvels that made it special. Tap the hood, for instance, to trigger the welcome sequence that the car always makes when Michael Knight gets onboard. Subsequent taps will trigger one of six light and sound sequences taken directly from the show, so you can feel like you’re interacting with a real AI car. It also performs a farewell sequence that’s triggered after 60 seconds of inactivity. 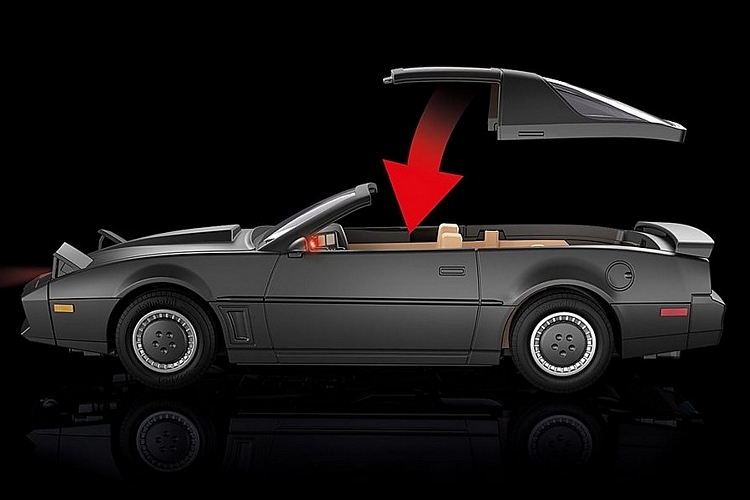 The Playmobil Knight Rider K.I.T.T. comes with some of the gadgets that the TV vehicle has appeared with throughout its run on the show. Chief among these is a rotating number plate (because… you know… law enforcement needs fake license plates or something), as well as a printer at the bottom of the dashboard for printing out mug shots. There’s also a grappling with cord, although it doesn’t pop out of any section of the car, instead having been designed to attach to the car’s rear bumper. 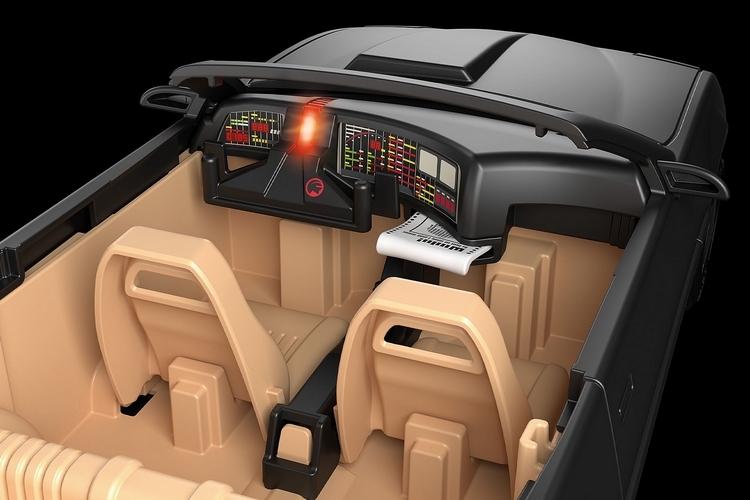 It also gets the pop-up headlights that gave it that 80s sports car feel, a well as a detachable roof that gives you full access to the vehicle’s interior. Inside, it gets four seats, by the way, allowing you to give your Playmobil figures a ride at one of the 80s most technologically advanced cars. The set also includes three character figures, namely K.I.T.T.’s driver Michael Knight (it’s got Hoff’s hair and his character’s signature jacket), Devon Miles (the head of FLAG, the organization Michael works for), and Dr. Bonnie Barstow (K.I.T.T.’s chief engineer).