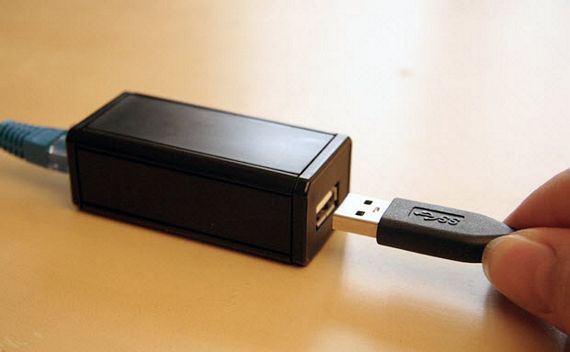 We’re huge fans of the Transporter and the home-based cloud storage service it’s able to provide.  Plug works in a similar way, with two differences: it lets you plug in up to 8 USB drives on a single unit for a truly massive storage capacity and it operates as if it’s a native storage on whatever device you’re using.

Described by creators Cloud Guys Corporation as “the little adapter that makes all your devices display the same content,” it, basically, makes any hard drive you plug in accessible to both your home network and online.  Granted, that’s not exactly a novel concept, but that’s only one part of the feature set. 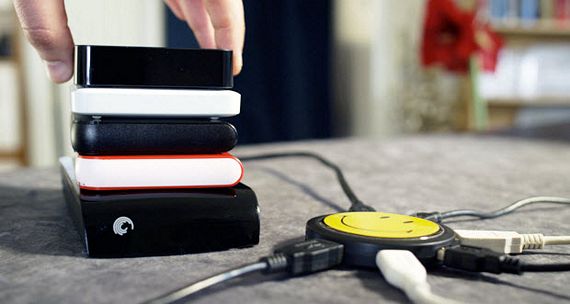 Unlike regular networked storage devices, Plug makes the process of storing your files seamless.  It does this using an accompanying app that’s available for smartphones, tablets and computers, which, basically, manages your files.  Instead of having to choose the networked storage to save a document, for instance, you just save it anywhere you want and the app will take care of making sure it gets there, accessible to any device in your network.   All updates on the networked files are synced to files on your devices, as well, so it’s like having instant worry-free backups. As long as the app is running on a device, all your files are kept and retrieved from Plug’s storage hub with the entire file management happening behind the scenes. 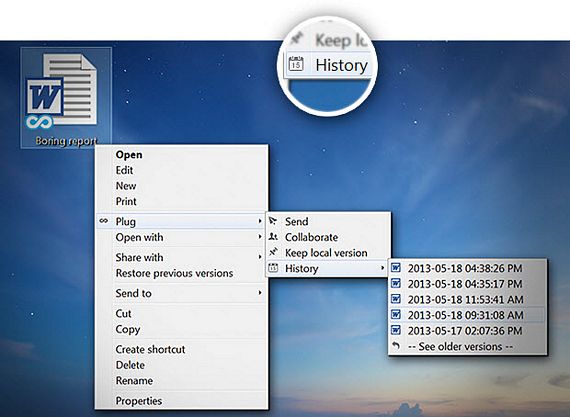 During first use, Plug will mirror all existing files on any device that installs the app, ensuring it now becomes available to your network.  As long as the device is connected to the internet, you can access files in Plug on your devices even while out of your home network’s range similar to a cloud storage service, with the same ease of operation as you do at home.

Currently, Plug is raising funds for a production run on Kickstarter.  They’re now fully funded, but are still open.  Pledges to reserve a unit starts at $79.