We’re not entirely sure why, but digging through sand, soil, and snow just brings a special kind of joy when you’re a kid. It doesn’t matter whether you’re actually building a hole, creating a pile, or just randomly doing it for absolutely no reason, but lots of kids can spend copious amounts of time just digging over and over. They do it so much, in fact, you just might be able to get your kid to dig you the beginnings of an in-ground pool in the backyard with the Big Dig.

Billed as a “backyard sandbox excavator,” the toy puts kids in control of a boom arm with a bucket, which they operate using a pair of levers. So yeah, not only will they be digging through piles of Earth, they will do it while operating a simplified version of heavy machinery, making them feel like they’re operating a bulldozer while digging holes and piling dirt. 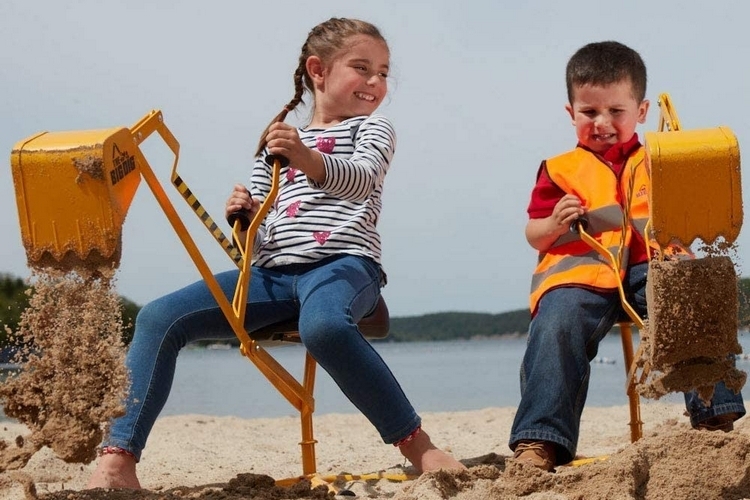 The Big Dig’s excavator system can reach up to 33 feet away with the arm fully extended, so you can have it digging a short distance from your position, all while digging up to 15 inches deep. We know, that’s not nearly deep enough to build you the in-ground pool of your dreams, but that’s still over a foot deep, so it is quite the decent start. The excavator arm, by the way, is connected to a seat with a wide base (it’s perfectly stable), so your kid can rest his weary legs while letting his arms do all the work of moving ground. Being seated is important, by the way, since it makes the thing feel like an actual excavator, despite being completely barebones.

The seat, along with the connected excavator assembly, can turn a full 360-degrees, so your kid can dig and dump anywhere within a 33-inch diameter of where the rig is stationed. The seat supports weights of up to 110 pounds, so kids both big and small can have fun turning the backyard into an absolute mess. 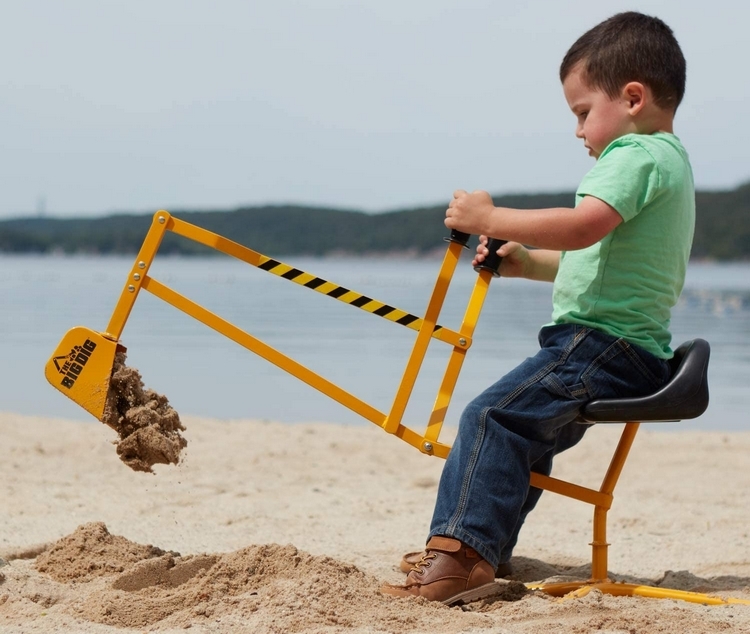 The Big Dig has a sturdy metal construction, so it should handle the ravages of the backyard job site. Do note, that metal construction means you want them to use this strictly in backyards, lawns, and other outdoor spots, unless you want to damage the floors inside your house. Fortunately, it’s light enough for kids to move, too, so they can move it out themselves, apart from making a mess in one end of the backyard and creating another mess somewhere else throughout the course of the day. 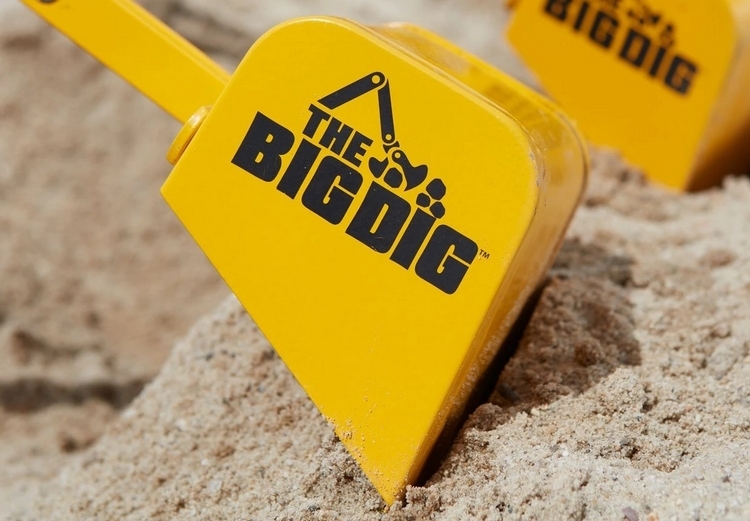 According to the outfit, it can dig on soil, sand, and snow alike, making this a fun toy they can play with all year long. Want use an excavator to create your own mini-lake in the beach this summer? This will work. How about building a big pile of snow for a giant snowman come winter? Yep, this should do that, too. They also offer a wheeled version called Big Dig & Roll, in case they prefer digging on the go.

The Big Dig is available now. 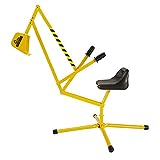