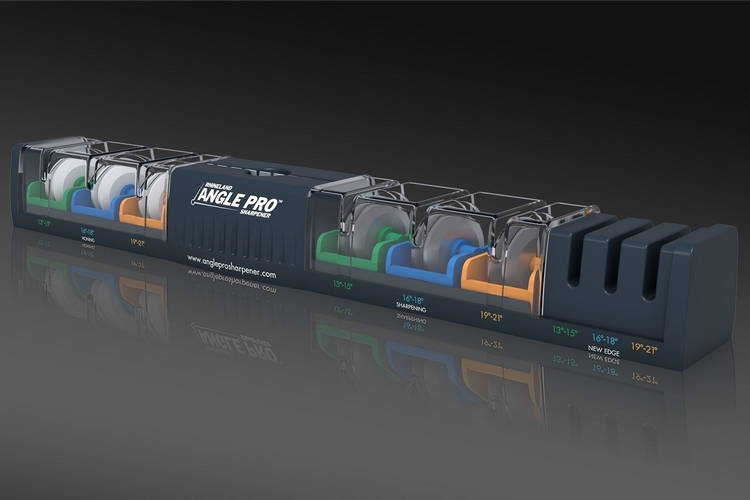 There’s no shortage of knife sharpeners that will keep your blades honed and on point. Problem is, not all blades are alike, so a tool that works well for one blade may not work quite as well for the next, making it quite a challenge to keep all your knives in perfect cutting condition at all times. The Rhineland Angle Pro Sharpener wants to make it easier even for total novices to keep their blades in tip-top shape.

What makes one knife sharpener work for one knife but not for the other? According to the outfit, the biggest culprit is the blade angle. You see, the blade angle on different knives can vary anywhere from 13 degrees to 21 degrees. Since knife sharpeners are usually set to a single angle, you’ll have to actually know what you’re doing to compensate for any difference and, the truth is, most people simply don’t. This product doesn’t require that. 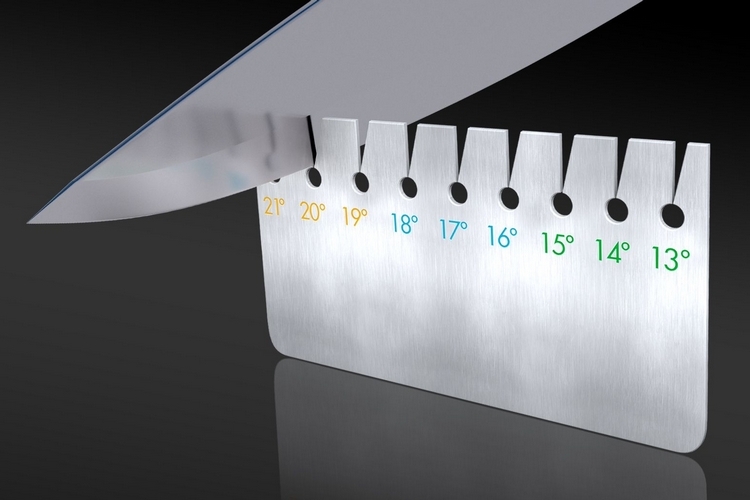 The Rhineland Angle Pro Sharpener consists of two components: a sharpener with nine different honing surfaces and a measuring gauge that lets you determine the angle of each knife you’re going to sharpen. The measuring tool, by the way, slots right in the middle of the sharpener, so everything still stays in one place, making storage a lot simpler. To use, take the measuring tool and use it to find your knife’s exact angle by simply inserting your knife into each groove, starting from 21 degrees, until it no longer goes all the way to the bottom, with that last one being your blade’s effective angle. Once that’s done, you simply go to the specific surface on the sharpener that’s designated for that angle and sharpen it there. That’s it.

No, they didn’t make one sharpening surface for each angle in that range. Instead, they have one surface for 13 to 15 degrees, another for 16 to 18 degrees, and a third surface that’s compatible for 19 to 21 degrees, which, according to the outfit, will be enough to ensure correct honing each and every time, since the three-degree variance isn’t large enough to render it ineffective the way a larger difference in angle would. 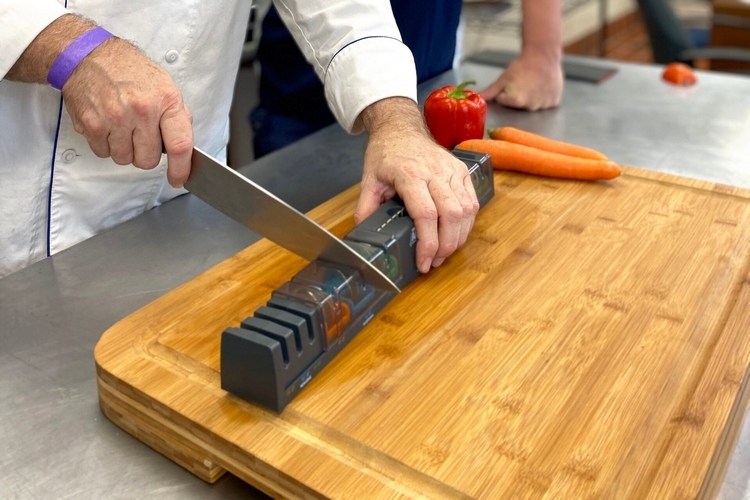 So why does the Rhineland Angle Pro Sharpener have nine sharpening surfaces? That’s because three of the surfaces are meant for honing, three for sharpening, and three for giving the knife a new edge. What’s the difference? According to the outfit, honing on a ceramic wheel is usually the first recourse for a dulling knife, as it’s meant to straighten blade edges that have developed curves due to regular use. If that doesn’t work, you can switch to the diamond-coated sharpening wheel, which is designed to remove any metal burrs that develop on the blade edge. For knives that have been totally worn, you can use the tungsten carbide sharpening rods to give it a new edge, which should make the blade feel as good as new. 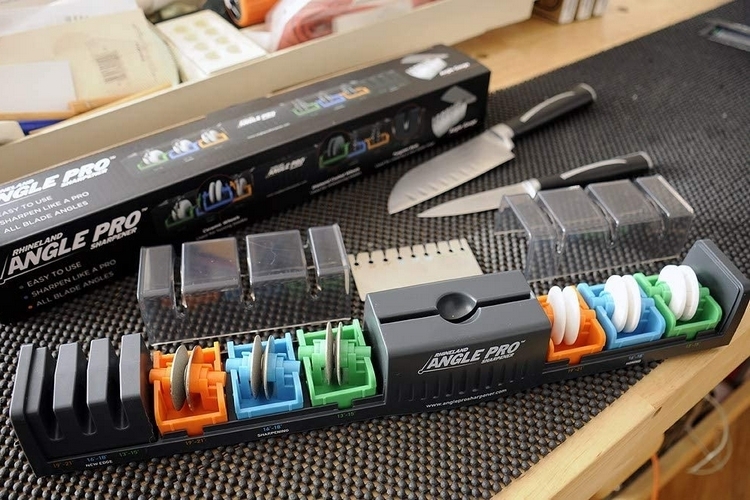 While this has been designed with kitchen knives in mind, it should work with, pretty much, all types of knives. That means, you can use it with your survival knife, your EDC folder, and that self-defense knife you hide discreetly in your ankle. Do note, for smaller knives (like pocket folders), you will need to remove the plastic cover when sharpening, as they won’t fit otherwise. And yes, they can also sharpen serrated and ceramic knives using the diamond-coated surfaces. 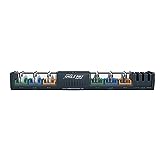