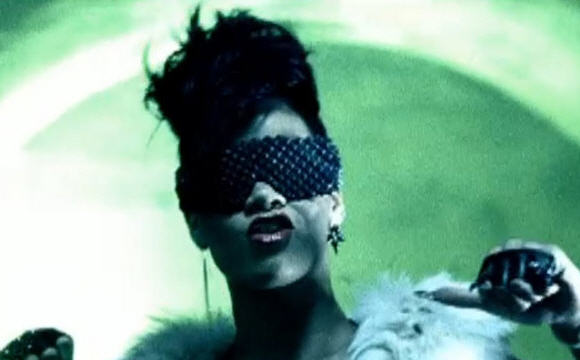 Kanye West’s sunglasses were ridiculous.  Rihanna’s new pair from Jay-Z’s “Run This Town” video, however, is even more inane. Called the Barracuda, the funky pair of tinted specs is decked in opaque-looking pyramid studs.

Fashioned by Kerin Rose’s A-Morir label, the sunglasses look like a regular studded belt that’s been cut off to fit in the head.  Seriously, it makes you look like a giant fly – at least, the way they looked in the movies. 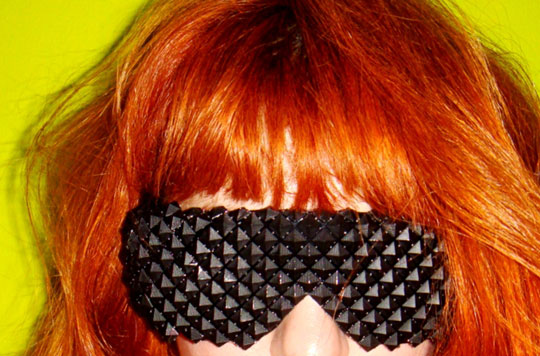 The new eyewear is completely covered with slightly-distressed, hand-painted pyramid studs.  It’s completely impossible to see any part of the eye, even the area surrounding it.  They’re supposedly see-through too, which is pretty amazing (though, probably unhealthy for your eyes).  I wonder what the world looks like behind those multi-angled lenses?

Designed for clubwear and other equally funky occasions, there’s no way you’ll blend into the background wearing this.  Not sure what material the studs are made of, but they look tough.  That means extra protection, in case Chris Brown wants to try and beat your ass.

Tired of your Kanye West shades? The Barracuda is now available for pre-order from A-Morir.  It’s available in black, gold and silver colorways, with a retail price of $350.  Shipments are scheduled for October.

Also if these glasses are too much for you, we found some deals on normal people barracuda sunglasses.

Did you guys notice, we did not mention Chris Brown even once in this post.