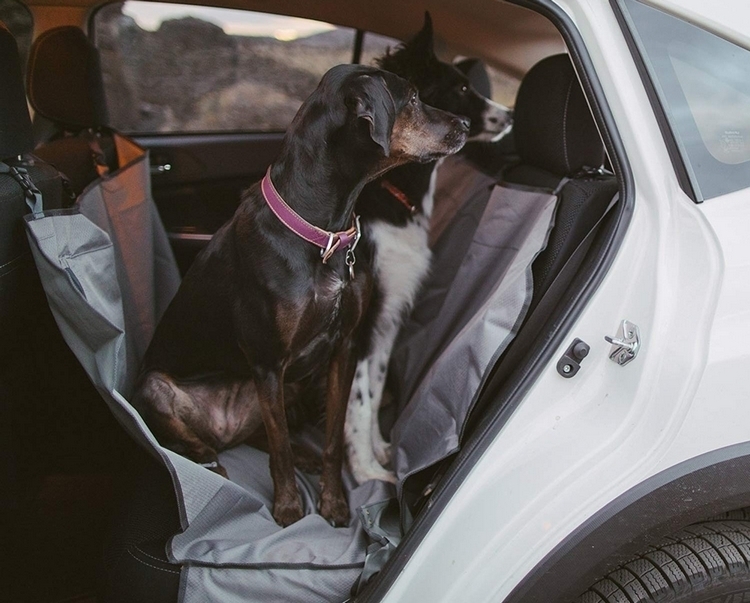 Driving your dog (no, not that robot one) down to the park to get him some exercise? Fun. Having the dog leave your backseat an utter mess? Not so much. The Ruffwear Dirt Bag makes sure the latter doesn’t happen.

A dog-proof cover for the backseat, the cloth drapes over the backseat, putting a layer of protection to keep your pet from leaving it with all the dirt, mud, and debris his body collected while running amuck in the park. And, yes, it should catch all falling hairs, too, which leaves it plenty useful even if you’re just taking the dog to the vet. 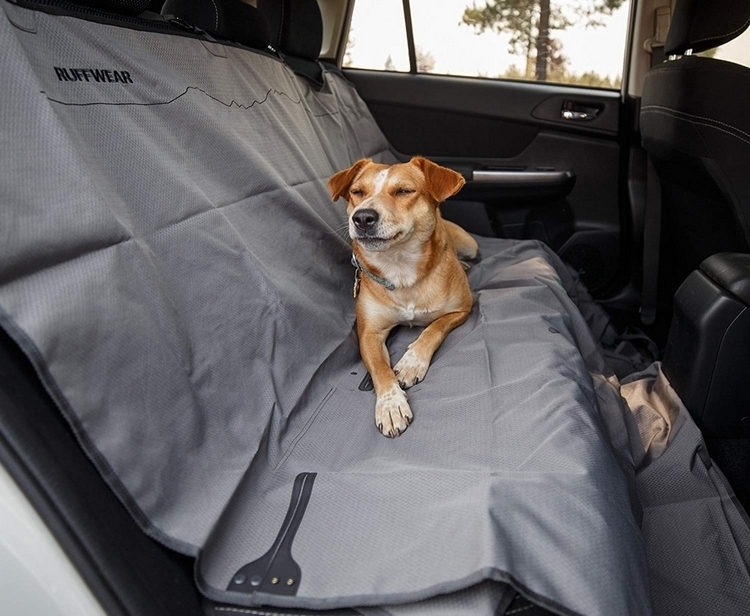 The Ruffwear Dirt Bag is a seat cover made from polyester fabric that’s both durable and waterproof, allowing it to serve as an effective protective layer for your car’s backseat. That’s right, it can handle the rowdiest dogs even while they’re dripping wet, with all the gunk collecting on the cover, rather than spreading all over your car. The fabric, by the way, is non-slippery, so the dog can be perfectly stable all throughout the ride, all while easily shedding dirt, so you can just give the cover a shake once removed to get rid of all the gunk. For those times it gets particularly nasty, it’s also machine-washable, so you can just throw it in with the rest of the laundry to get it properly cleaned up.

It secures its position using stuffer cleats that attach to the seat itself, as well as webbing loops that wrap around the headrests. You can install it as a traditional seat cover (basically, it covers just the backseat) or a hammock-style cover, so your dog can’t jump down and leave his dirt on the floor. For the latter, all you have to do is wrap the extra loops to the two front headrests and you’re done. 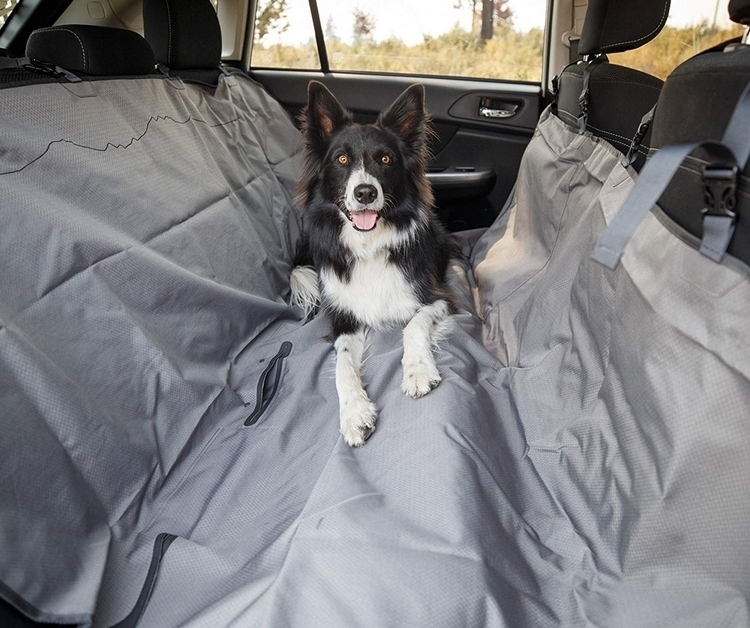 The Ruffwear Dirt Bag has a grippy rubber coating on the back surface, which helps keep it in place, even with a restless dog going back and forth, while flaps on the side ensure no water or debris is able to trickle down to the car. Dimensions are 55 x 63 inches (width x length), so it should serve as a sufficient cover for most backseats, although it might not be able to provide complete coverage for those roomy backseats of larger SUVs. 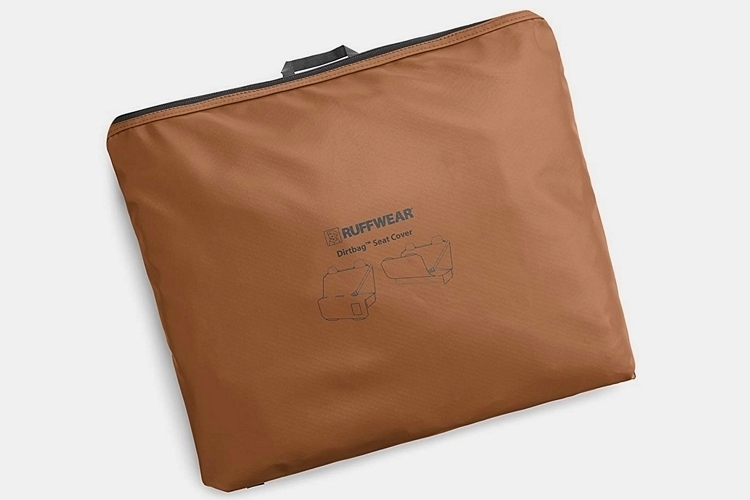 It has integrated access points for the seat buckles, so passengers can still ride in the back, in case want to keep the cover on after cleaning it instead of tucking it away. There’s also a zippered storage pocket that you can use to hold a dog leash, poop bags, water bowls, and treats, which also doubles as the cover’s storage, as you can stuff the entire thing into the pocket for stashing in the trunk when you don’t need it. Suffice to say, this is a well-designed product that anyone who travels with a dog in the car is likely to appreciate.

Want one? The Ruffwear Dirt Bag is available now.