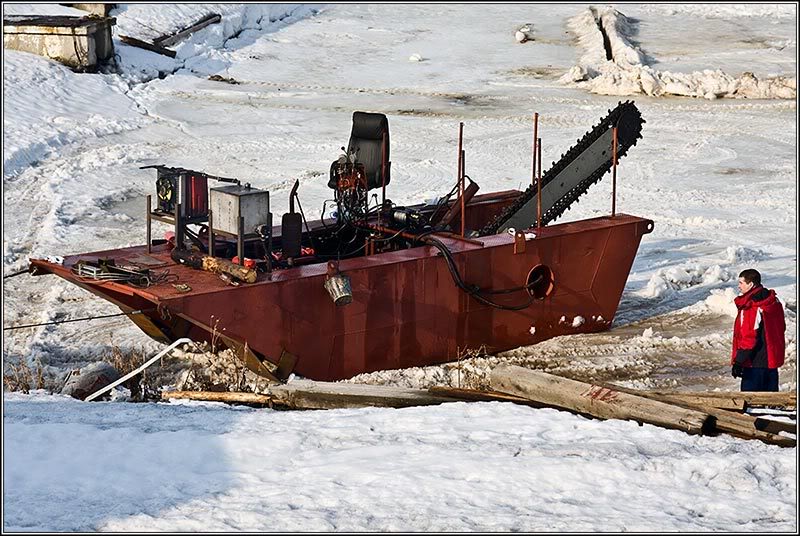 If Russia threatened America with a giant chainsaw during the Cold War instead of nuclear bombs, every nation would have totally supported starting World War III. Of course, the US had to respond with the threat of giant clawhammers or it wouldn’t have worked. Imagine the movies we’d be making about that now, especially if Japan joined the fray and unleashed one of the secret robots we always knew they’ve been hiding under the streets of Tokyo.

The 10-foot chainsaw above has nothing to do with asserting international dominance though. Instead, it’s one of many floating giant chainsaws going to work at the River Dvina in Arkhangelsk City (port of the White Sea), where they use it to cut through thick slabs of ice that go on for miles. Why do they cut the ice? To find the Abominable Loch Ness Snow Monster, of course, which will be in the next episode of Monster Hunters, where they talk about monsters for an entire hour but always end up with nothing. Just like when I go to pickup chicks with my friends. 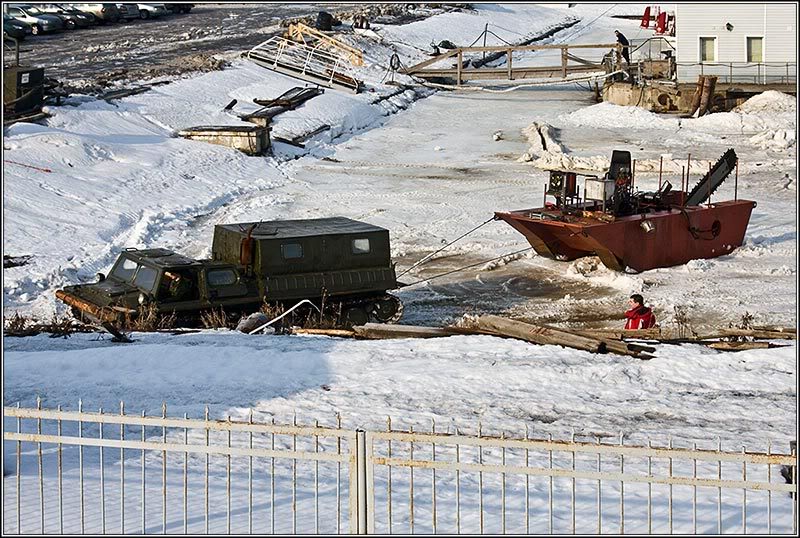 Kidding aside, it’s April, a hot time in Russia, making it a perfect opportunity to clear off some ice. And those gigantic saws, which should cut through canoes and small boats with ease, are the tools of the trade. We’re not sure what they do with them for the rest of the year, but they look like they’ll make a great addition to a pirate ship’s artillery. Be thankful they didn’t invent them in Somalia.

On that note, may some kind boat manufacturer out there build a yacht with a giant saw? I probably can’t afford it, but I’ll save every penny I make for the next ten years just to buy one.