Sabre PepperLight Combines A Flashlight And Pepper Spray In One Tool 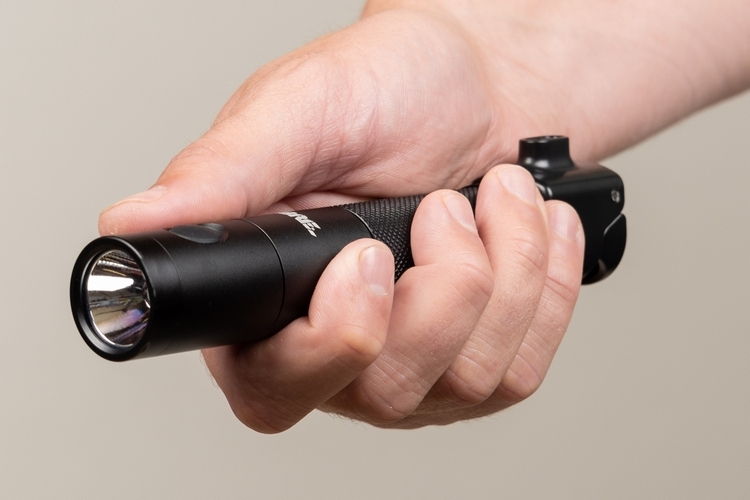 Going to a dark alley to try and find some important papers you think you lost down there? Bring a flashlight. Afraid someone will show up in that dark alley and jump you while you’re fumbling around, looking for your stuff? Bring some pepper spray for protection. Better yet, bring the Sabre PepperLight 2-in-1 Flashlight Pepper Spray, so you get both bases covered while carrying just one device.

That’s right, the popular pepper spray brand decided to integrate their eye irritants into a flashlight. Because… you know… getting around in the dark is always a scary proposition, so having a basic self-defense weapon while you fumble around can make you feel a lot easier. Even better, that weapon is already in your hands, since you’re using it to light up the way, so if you ever shine your light across a scary creature, you can immediately fire up the pepper spray and run for safety. We know… it’s not easy running for safety in the dark, but all that stinging capsaicin in a potential attacker’s eyes could give you all the time you need to make it happen. 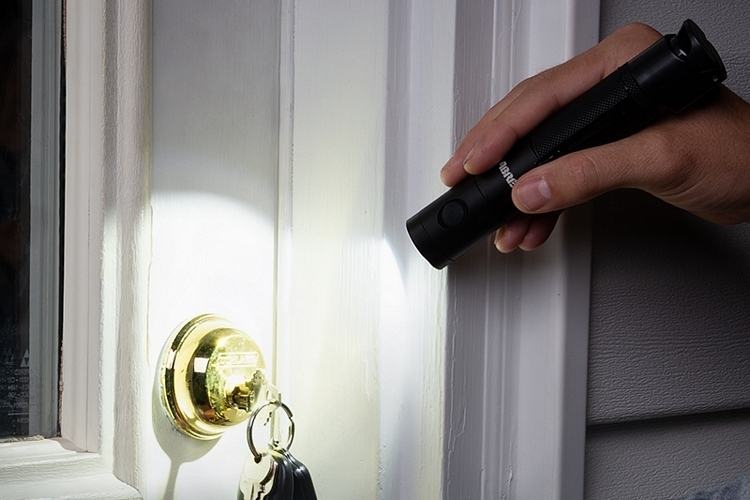 The Sabre PepperLight 2-in-1 Flashlight Pepper Spray is an erstwhile standard-looking flashlight with a tube shape and a size that’s similar to a thick Sharpie marker. By all indications, it’s a decent flashlight, too, with a maximum brightness of 750 lumens that allow it to be visible at distances of up to 540 feet. It comes with three settings (high, low, and strobe), which should make it perfectly usable as an EDC flashlight, whether for use around the house, at work, or anywhere else you need the extra illumination.

Construction is lightweight aluminum for the shell, with a build that’s durable enough to withstand drops from heights up to five feet, so you don’t have to treat this like delicate equipment. It’s also rated at IPX6 for water resistance, so you can use it outdoors even in the middle of inclement weather. 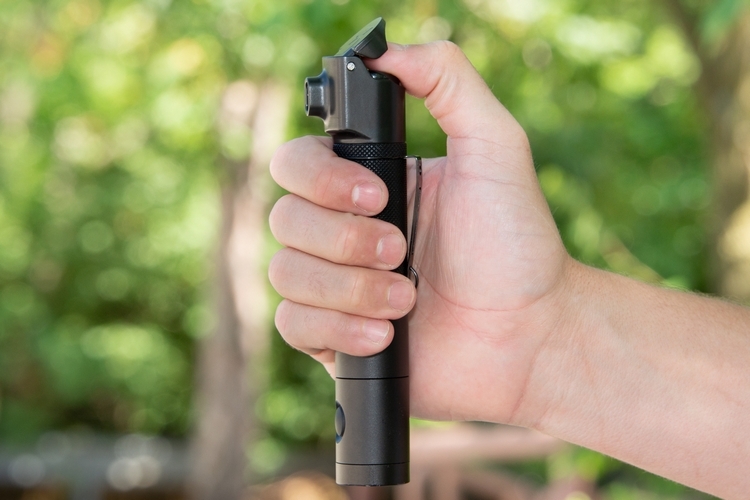 The Sabre PepperLight 2-in-1 Flashlight Pepper Spray, of course, sets itself apart with the integrated OC spray on the opposite end of the tube (basically, flashlight on one tip and spray on the other) that allows you to impart a burning pain and temporary blindness to the eyes of potential attackers. To use it, simply point the nozzle at your target, flip the lid on the pepper spray tip (lid protects fro, accidental discharge), insert your thumb inside, and press down. From there, it will deploy the pepper gel loadout and give you time to execute your next move. Yes, we mean running as fast you can. 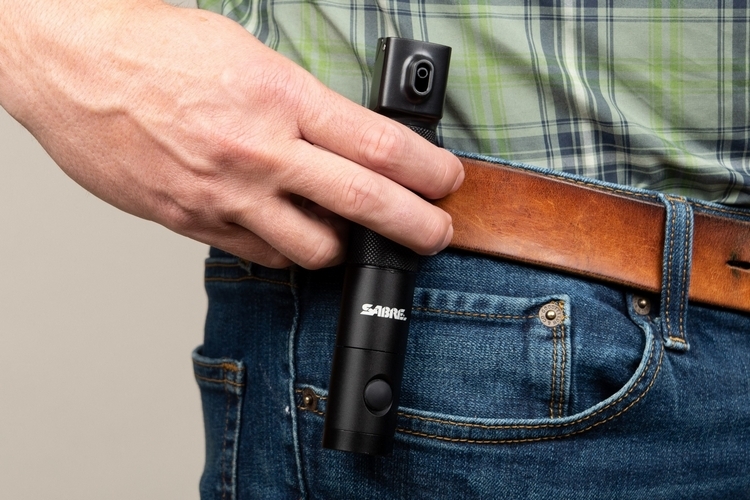 According to the outfit, it comes with 25 bursts of pepper gel, one of which will deploy each time you press the button, so you get to use it for self-defense in over two dozen instances. Each spray, by the way, has a range of 10 feet, allowing you to deploy the spray at a reasonably safe distance. The spray, by the way, also leaves a UV-marking dye to help identify any person that you’ve sprayed (in case police get involved).

The Sabre PepperLight 2-in-1 Flashlight Pepper Spray is available now. 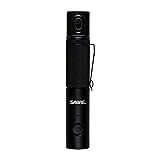