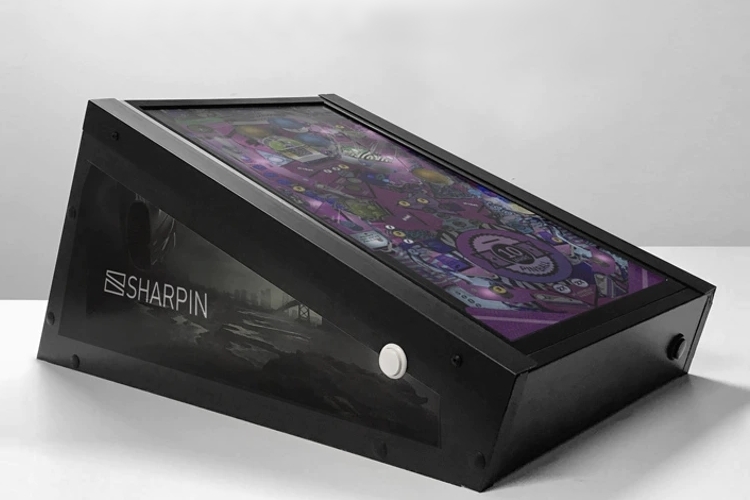 Pinball machines are fun. From their engaging gameplay and colorful cabinets to the playful themes and lively sound effects, they add a whole new arcade experience to anyone’s game room. Problem is, the darn things are huge, making buying one only feasible if you have a reasonably large home with room to spare. For the rest of us, the Sharpin Ultra just might be our only option for enjoying an arcade-like pinball experience at home.

No, it’s not a real pinball machine. Instead, it’s actually just a digital screen mounted on a cabinet that mimics the angled positioning of the classic arcade staples. It’s also designed to sit on a table instead of taking up floor space, allowing you to have a close-enough replica of a pinball machine without the usual demanding footprint. At this size, you can keep a pinball machine on your coffee table, your home office desk, or even the kitchen countertop, as well as move it to anywhere around the house. 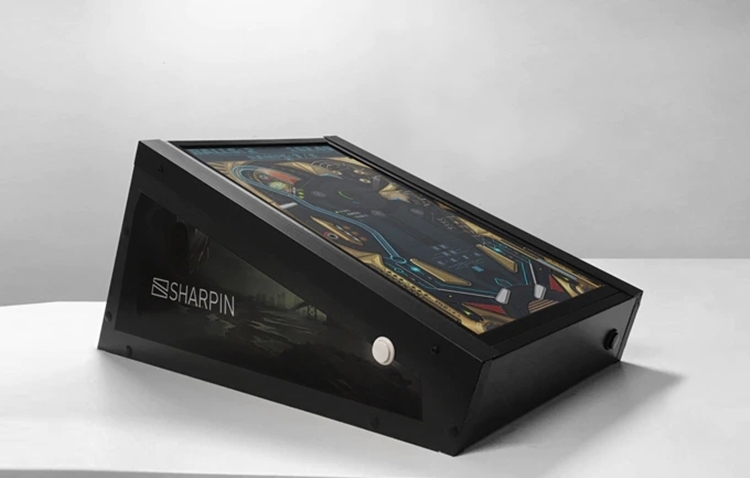 The Sharpin Ultra is, basically, a miniature pinball cabinet with a built-in 24-inch full HD monitor on top that’s positioned in portrait orientation and angled similar to the game areas of traditional pinball machines. Sitting inside the cabinet is a computer that’s custom-built to run Android (unspecified quad-core CPU, MALI 450 GPU, 4GB RAM), essentially making this a giant tablet that should run any pinball game available for the platform. That includes everything from Pinball FX3 and Pinball Arcade to Pinball Deluxe and everything in between. And yes, you can use it to run any Android game or app, too, complete with the option to plug in a controller (it has ports), although you’re limited to games that play on portrait orientation (unless you want to strain your neck).

It has one button on each side for controlling the flippers, as well as a button on the front edge for releasing the ball, making it very intuitive to use with any pinball game. Even better, it should work with any title out of the box without having to fiddle with any settings, allowing you to simply plug it in, load any app you want, and start playing. 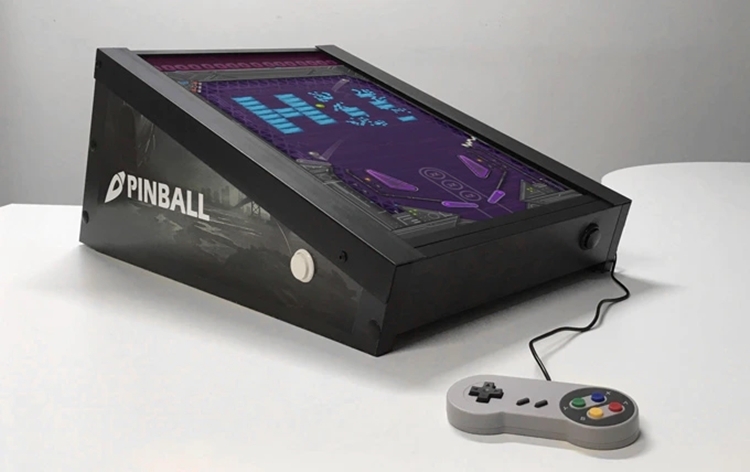 The Sharpin Ultra comes with dual speakers, so you don’t need to hook up additional speakers to hear all the bleeping, blooping, and other sound effects. Prefer pinball games on PC rather than on Android? Not a problem, as the Sharpin Ultra can also act as a regular monitor. That means, you can plug it into your PC and configure it as a second display, allowing you to enjoy pinball games with full-fledged PC graphics.  Do note, you will likely have to fiddle with game settings a bit to transfer flipper controls to the Sharpin’s buttons, but we imagine that isn’t too much of a hassle. 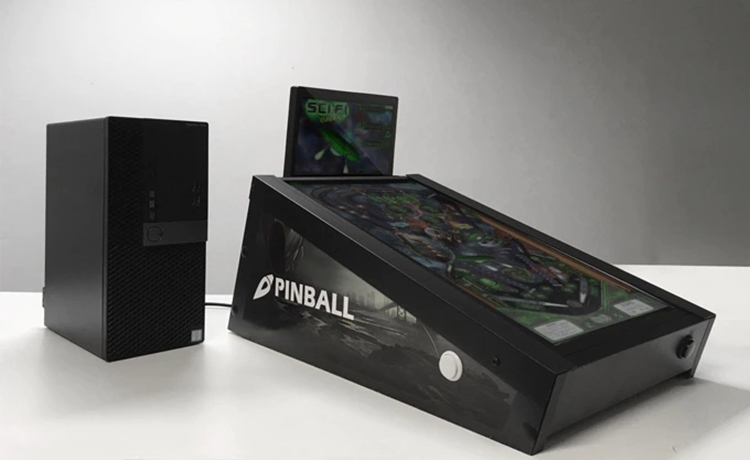 Truth be told, we wish they added a secondary display on top of the cabinet. It would have gone a long way to making it feel like a real arcade machine. While we’re talking about that, a sensor that can detect nudges should also help make it feel like a real arcade rig, although we have a feeling they’ll need to design games specifically for this machine for that to happen.

The Sharpin Ultra is currently on preorder, with an April ship date. Price is €499.