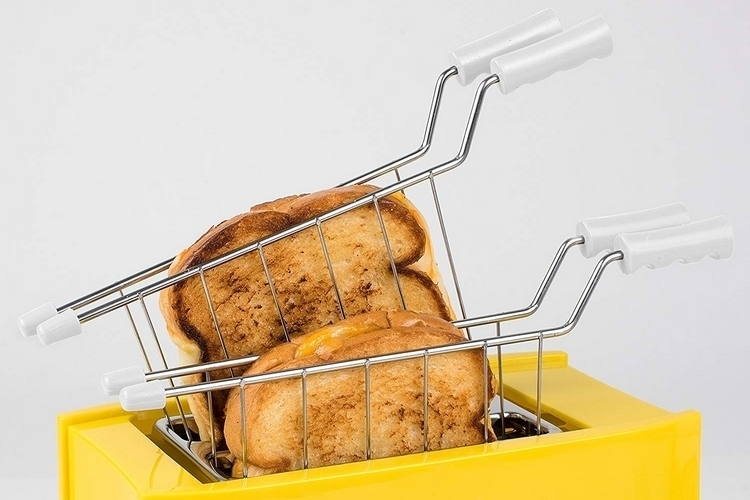 Some toasters make two slices at a time. Others make four. No matter the capacity, they all make the same thing: toast. At least, it used to be that way. Given how convenient the toaster is, it was inevitable that others will use its space-saving form factor and vertical heating design to create toasters that do things other than toasting a piece of bread that you sliced off the loaf.

Here are some of our favorites. 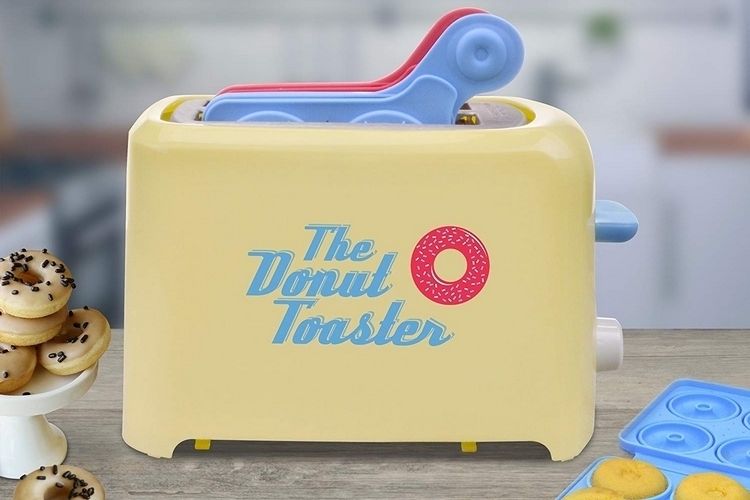 It looks like any normal toaster – you know, the kind you’ll use to brown your bread in the morning, so they’re all crispy and hot when you pile on the butter. Except, this toaster actually comes with tray inserts that you can use to whip up eight mini-donuts at a time. That way, you can make donuts at home that need not be drowned in a vat of oil, allowing you to tell yourself that it’s okay to eat these donuts since they’re healthier than the ones you get at the local Krispy Kreme. Until, of course, you cover it in choco frosting, slap on some maple glaze, and roll it in a plate full of confectionary sugar. Because, let’s be honest, no one eats donuts without a gob of sweet calories on top.

Convenience bonus: the toaster stays clean since all the food stays on the trays, which you can easily wash separately. 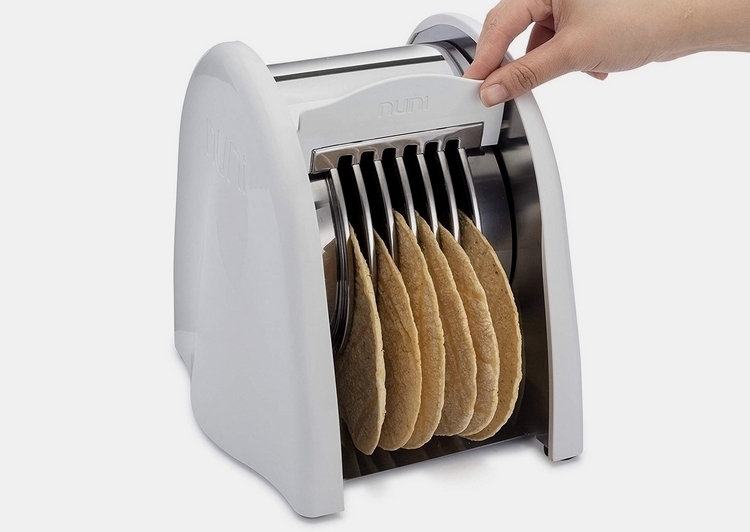 It’s easy enough to heat a tortilla. Just take a non-stick pan, plop down your flatbread on it, heat it, turn it over, and you’re done. Wait… that sounds like a lot of work, which is why this tortilla toaster makes perfect sense. Instead of heating a pan and heating both sides of every tortilla on it, this appliance allows you to heat up to six flatbreads at a time with the same ease as you do toasting bread slices on a regular toaster. Able to heat evenly on both sides, it allows you to toast your tortillas at the perfect level, while variable temperature settings let you heat your Mexican-style wraps lightly, leave it with a little char, or give it just the right amount of crisp. Sadly, you’ll still have to cook your taco fillings separately, but your tortillas now, at least, cook a whole lot faster. 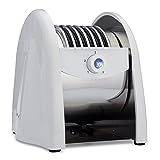 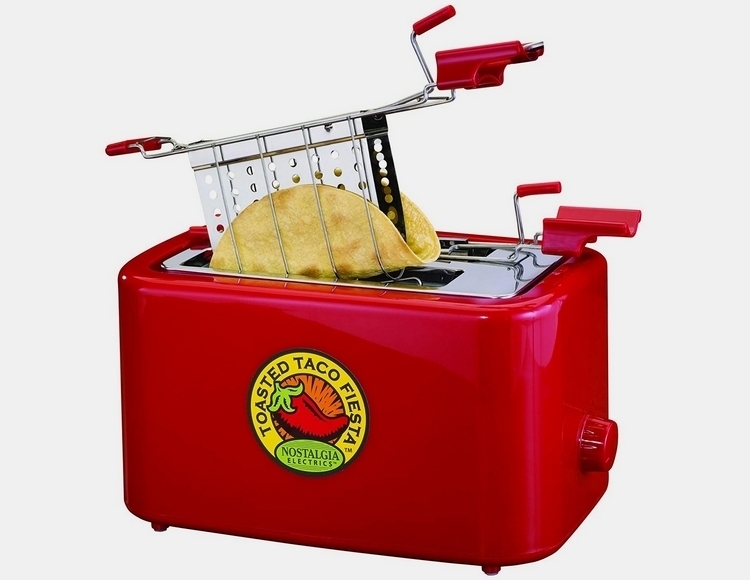 Yes, a tortilla toaster sounds great, but what if you like your tacos hard-shelled and crispy, so instead of feeling like you’re eating wraps, you’re actually eating giant nachos with fillings crammed inside them? Well, skip that previous toaster and grab this one, which turns erstwhile boring flatbread tortillas into crispy taco shells, ready to take a heaping of meat and vegetables for Tex-Mex night at home. It comes with a pair of cages to force the tortillas into the desired shape, with enough slots to make up to two taco shells at a time, so you can crank up half a dozen shells in just a few minutes. A dial on the side allows you to control how well the shells will be done, so you can give it a light toast or a heavy char, whichever floats your boat. 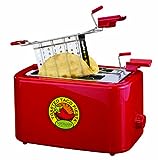 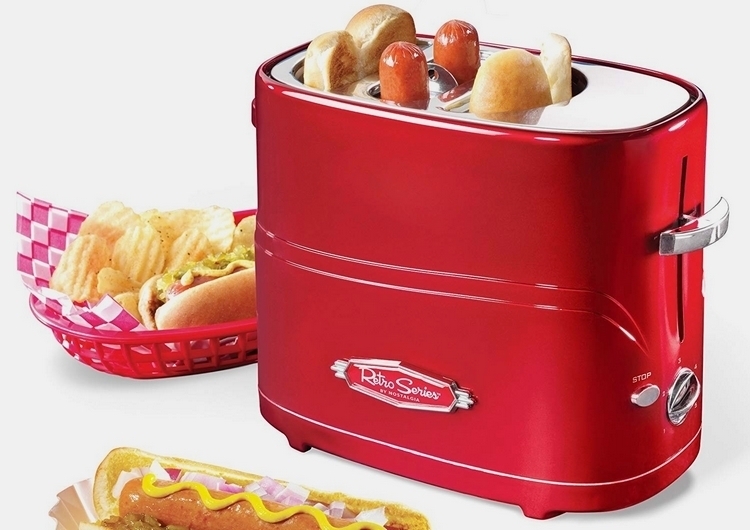 Buying a separate countertop appliance just for making hotdogs doesn’t sound like the best idea. If you eat a lot of hotdogs, though, having an appliance that can cook it with the same efficiency and convenience as your morning toast actually feels like a smart investment. That’s exactly what this pop-up hotdog toaster brings, with its ability to cook two hotdogs and two buns at a time. To use, just put in the dogs-and-buns in their designated slots, turn the dial to start the timer, and wait until its done, at which point the hotdogs and buns pop up similar to a regular toaster, making it easy to grab them with tongs, put them on a plate, and layer them with your garnishes of choice. And yes, we’d like two with everything please. 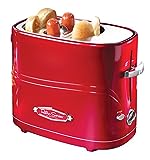 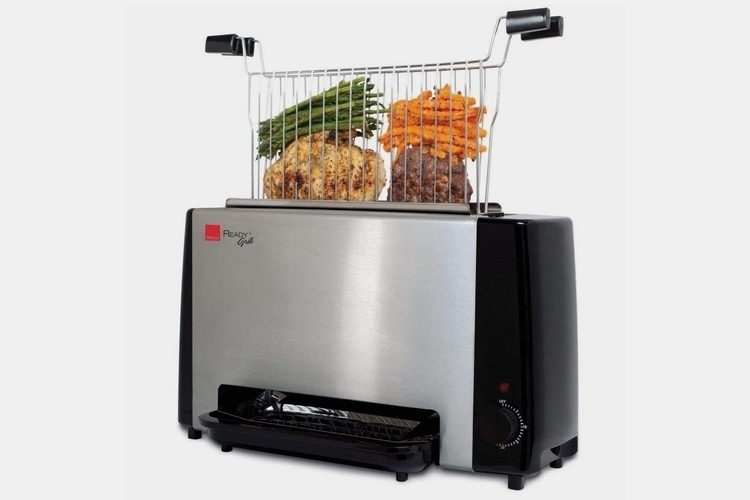 Like all the appliances included in the list, this one looks like a toaster. Unlike them, however, it doesn’t bill itself as one. Instead, it unabashedly calls itself a grill, vowing to cook your ribs, burgers, and chops from the countertop just like that grated appliance sitting in your backyard. How the heck does a toaster work as a grill? Well, not that different really. Inside the main cooking slot, it comes with four separate heating elements providing the necessary high heat for grilling, while an included grill basket holds the food in position and locks them in place. The basket locks in two positions, allowing it to support food at different thickness levels, so you can use it to cook both slim sticks of vegetables and thick slabs of meat alike. The heat shields, basket guides, and drip tray are all removable, too, making the whole thing as easy to clean as it is convenient to use. 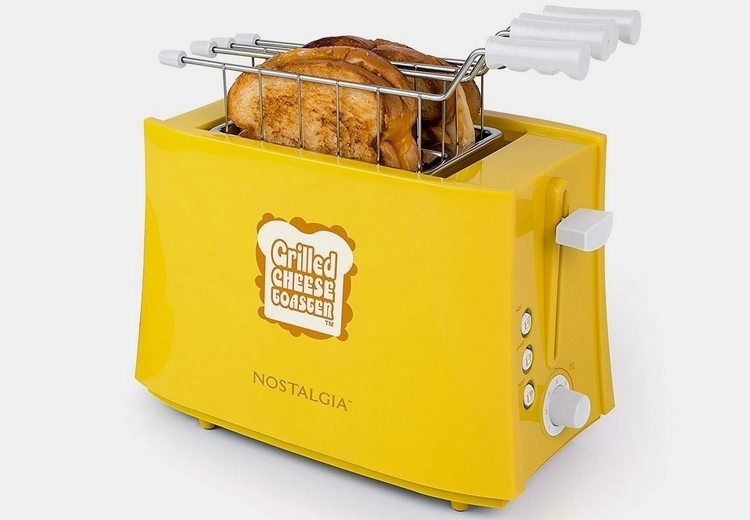 Truth be told, this grilled cheese toaster, technically, makes toast. We mean, it toasts that bread in order to make the grilled cheese, so it’s the closest thing in the list to a real toaster. Unlike regular toasters, though, it comes with large cooking slots for accommodating a proper grilled cheese sandwich, complete with toasting baskets to make it even safer for clumsy kitchen novices. Do you really need this to make grilled cheese if you already have a toaster and a stovetop? Probably not. If you’re lazy like me and want to put in the least amount of work to make a decent grilled cheese sandwich, though, it’s probably worth giving up that extra space in your countertop. Plus, we bet it will work for quickly and conveniently heating other sandwiches, too, making it a very useful addition to anyone’s kitchen.