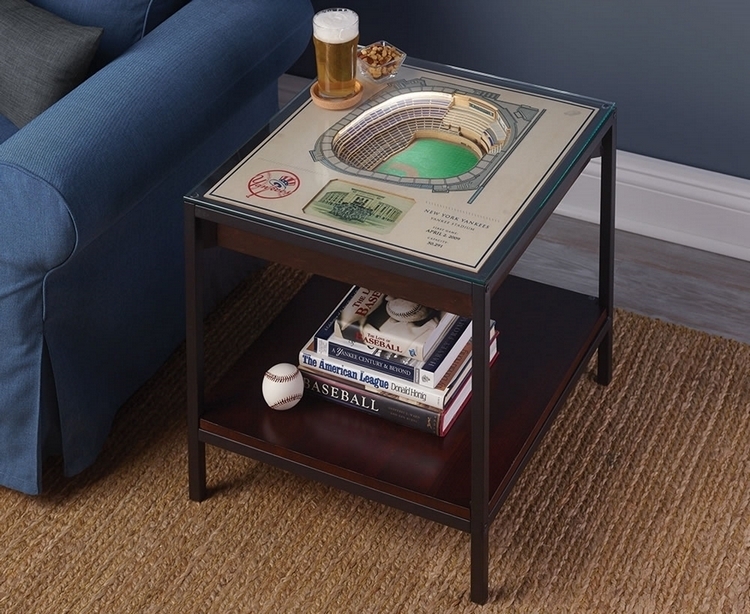 If you like to sit back on the couch, flip on the TV, and watch your favorite MLB team in action, there’s a good chance you do it with a glass of beer by your side. And you probably set it down on a nice side table right next to the sofa. If you’re going to do that, wouldn’t it be best to set that beer down on the Stadium Replica End Table?

An end table with a 3D inset of a baseball stadium, the furniture gives you a mini-ballpark that mimics the likeness of your favorite team’s home field, so you can feel like you’re lording it over the stadium while chilling in the comfort of your home. Whether you’re actually watching a ballgame or just looking forward to tomorrow night’s home game, the nearest diamond is literally just an arm’s reach away every time you’re chilling on the couch. 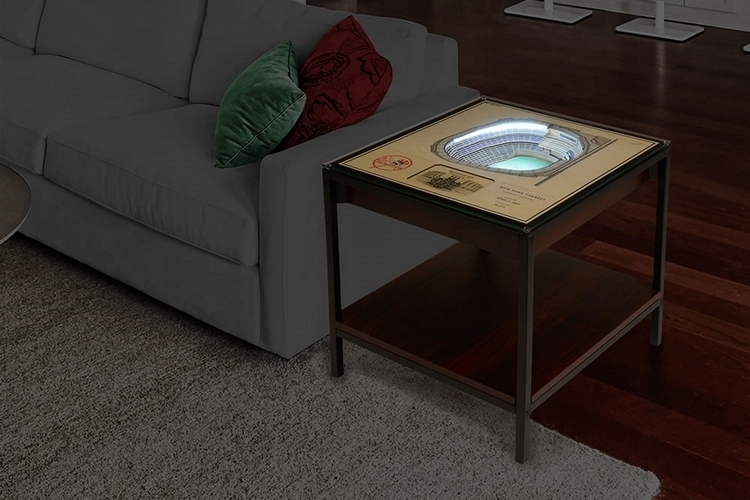 The Stadium Replica End Table is an erstwhile standard-looking side table, with a wooden top measuring 22 x 22 inches that’s covered with a layer of tempered glass. Beneath the glass sits an inset made from 25 layers of white birch or poplar, each one measuring an eighth of an inch thick, allowing it to recreate the appearance of an actual baseball stadium when viewed from a bird’s vantage point. Because of the tempered glass on top, you can use the entire tabletop to set down any items, whether it’s a glass pint, a pitcher of beer, or a bowl of nachos you’re munching on while watching a game on TV.

Original artwork on the recessed ballpark recreate the colors and likeness of the actual stadium it’s based from, so you can have it looking like the stadium of your home team. It even comes with built-in LEDs that recreate the lighting setup in each designated ballpark. Do note, the table is only available with insets of six teams (all officially licensed), namely the Boston Red Sox, the Chicago Cubs, the Cleveland Indians, the LA Dodgers, the New York Yankees, and the St. Louis Cardinals. The inset, by the way, recreates all the seating aisles, the baseball diamond, and the entire park, although the outer sections of the stadium is only depicted as illustrated print. Beneath the inset, they printed the logo of the team that calls the stadium home, an illustration of the ballpark’s front facade, and brief information about it. 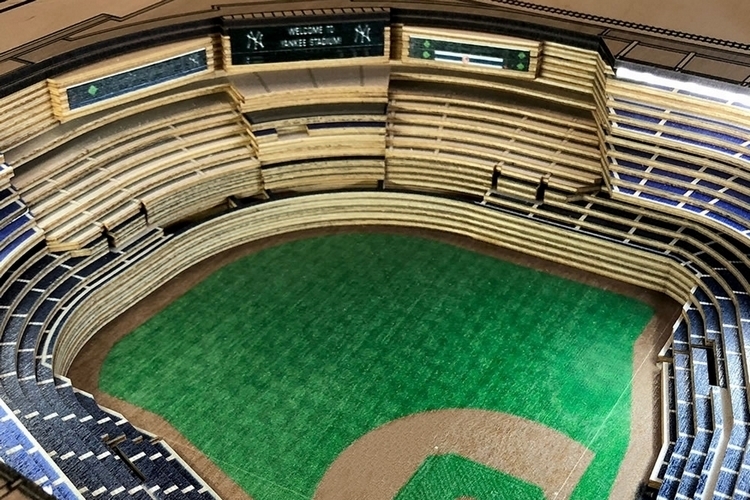 The Stadium Replica End Table has a frame cut in powder-coated metal, leaving it weighing a satisfying 50 pounds, so you can use it as a self-defense weapon in case a melee ever breaks out in your house. A shelf on the lower end of the table allows you to store reading materials, your baseball-themed chessboard, or even your favorite libations, so you don’t have to walk to the kitchen whenever you want to enjoy a stiff drink. It measures 23.5 inches tall. 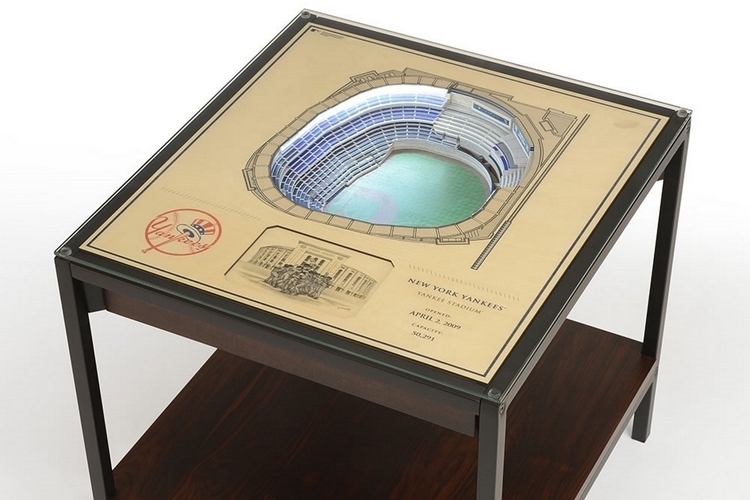 Want one? The Stadium Replica End Table is available now, priced at $499.95.