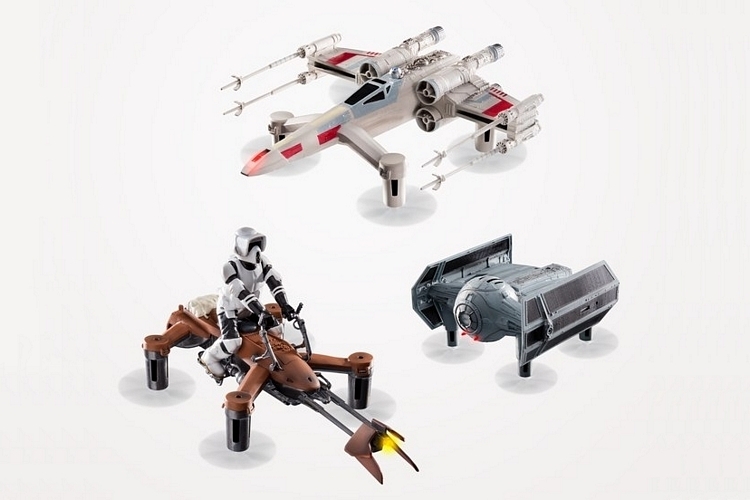 When someone first broached the idea of turning out Star Wars aircrafts as quadcopter drones, I wasn’t that excited. I mean, four propellers sticking out at the top of a Millennium Falcon don’t exactly make for a great-looking likeness. Turns out, I was thinking about it the wrong way because these Star Wars Battle Quads look absolutely amazing.

A large part of what makes them look so good is the fact that they didn’t put the rotor and propeller assemblies at the top like conventional drones. Instead, they put them at the bottom, so you can freely admire the full details of the ship while it sits on a shelf, all while allowing them to execute piloted flights. Even better, the propellers are all see-through, making them practically invisible when your drone does take to the skies. 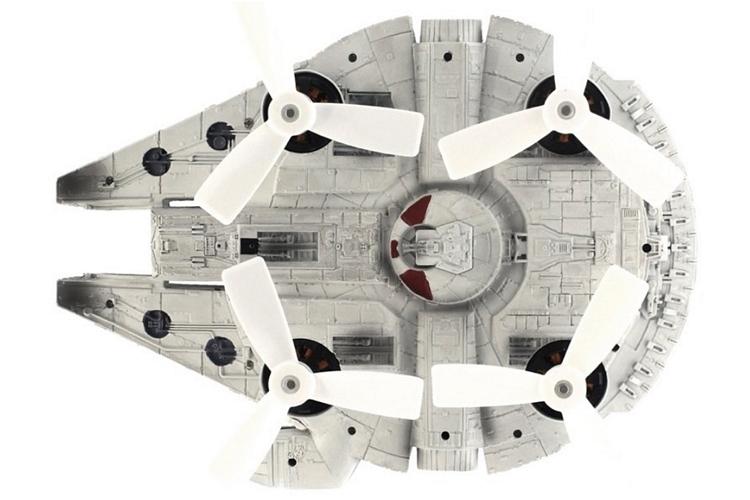 Made by Propel, the Star Wars Battle Quads come in four models: Speed Bike, X-Wing, TIE Advanced X1 Fighter, and Millennium Falcon. Each one, by the way, comes hand-painted in great detail, so it looks as legit as any collectible toy model of the vehicles, ensuring fans of the franchise can really get into them. They even have built-in lasers for engaging in aerial laser battles (your controller vibrates every time you get hit), albeit non-weaponized, so your quadcopter can make it down unscathed even after a long and arduous fight. 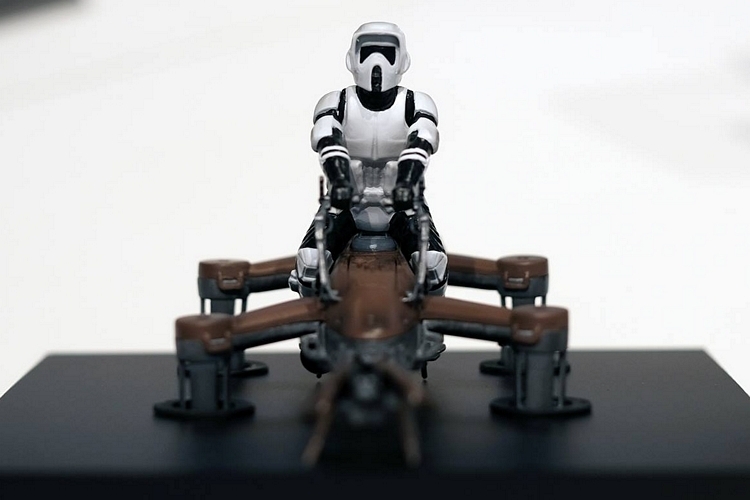 Want to recreate high-speed chases from the movies? Not a problem, as these things can hit speeds of up to 35 mph, with an accompanying physical remote ensuring you have full control of your drone while it streaks through the air.

Reservations for the Star Wars Battle Quads are now available from the official website.