The Defender Is A Theft-Resistant Bike Light 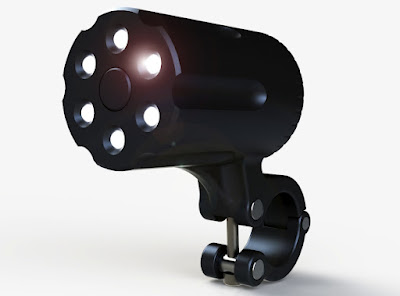 We have plenty of solutions for securing our bicycles when we leave it parked.  That’s why clever thieves don’t even bother stealing the bikes — they just steal the accessories you’ve got strapped on to it.  Often, the bike headlight is among the first ones they target.  Give them hell trying to pry the Defender headlight out.

Billed as a “theft-resistant bike light,” the unit doesn’t just clamp and screw onto your handlebar like most of the lighting gear in the market. That means, would-be thieves wouldn’t be able to just take it off with a wrench or screwdriver like they normally do.  Instead, it locks onto your handlebars using a proprietary screwdriver, so thieves can’t use any off-the-shelf tool to pry it open. 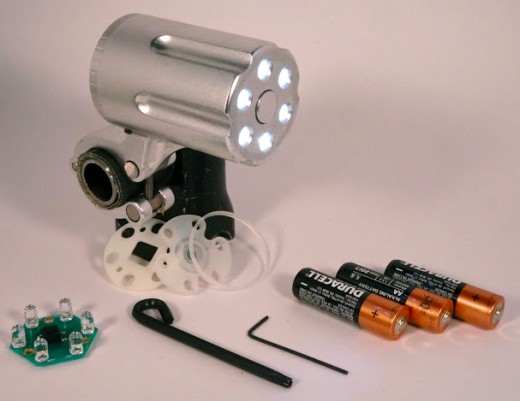 The Defender’s body is made from durable aluminum, so thieves won’t be able to brute force their way into wrecking it either.  Resembling the cylinder off a revolver, the entire thing measures 100 x 42 x 80mm, with a clamp that fits handlebars from 22 to 32 mm.  The creators claim it’s “nearly indestructible,” apart from being fully waterproof (it can be submerged at up to a foot of water), so you can leave it on your bike year-round.

It features a series of ultra-bright LEDs with approximately 40 to 60 lumens, drawing juice from three AAs.  The beam, which is designed to render your bike visible in the dark apart from lighting the way, has a 30-degree spread and an 80-degree periphery hotspot.

Currently still live at Kickstarter (it’s fully funded now, though), you can secure yourself a Defender Theft-Resistant Bike Light for $50.