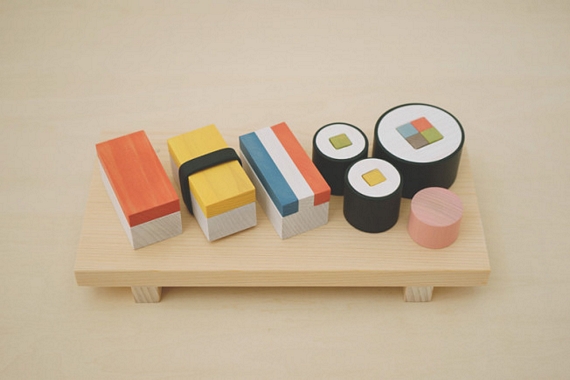 Your daughter has a veritable stacked mini-kitchen of cooking and food toy sets, allowing her to make everything from pretend stew, fake roasts, and inedible sandwiches. When she asks you for a new cooking set to add to her collection, you’re stumped. What else is there to get? If she’s up for making some phony sushi during play time, maybe try this Tsumiki Sushi Set, a set of woodblocks that let children build their own sushi masterpieces.

Designed by Plaplax, it consists of multiple building blocks that can connect together to form Japanese sushi that looks no different from what you make with a Sushi Bazooka in the kitchen. Throw in a set of chopsticks, some fake mecha tea in a pot, and this should make for an entirely new cooking playset ready to provide hours and hours of fun. 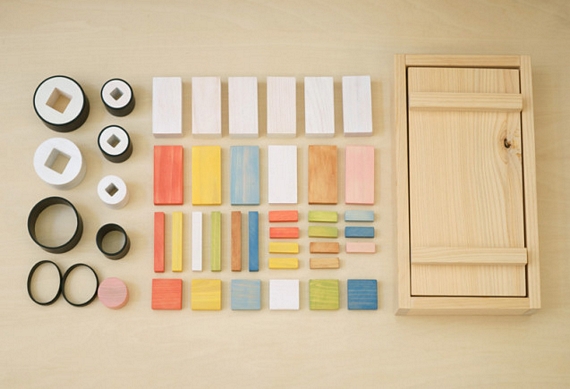 The Tsumiki Sushi Set can be used to make both regular sushi rolls (makizushi) and rectangular hand-pressed sushi (nigirizushi). For makizushi, it comes with two large round disks with square holes in the middle, three small round disks with similar square holes, 11 small rectangular blocks of different colors for inserting into the white disks, and elastic “seaweed” for wrapping around the rice disks. For nigirizushi, they threw in 12 large multi-colored rectangular blocks, six small multi-colored square blocks, and two elastic bands for holding them together in a stack. The entire set comes in a wooden box cover that can double as a sushi geta tray.

Originally created for the Design Ah exhibition, the Tsumiki Sushi Set is available now, priced at ¥7,400 (around $72).