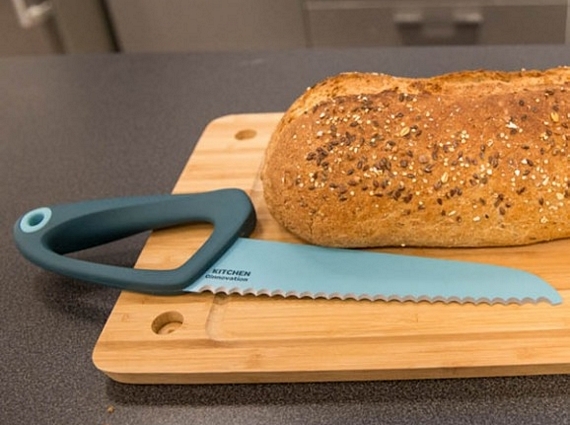 Big loaves of bread tend to look like logs, which is why it sometimes feels odd to slice it with a bread knife.  Logs are meant to be sawed off and that’s exactly what this Unikia Bread Knife lets you do.

A part of Unikia’s My Favourite Knives collection, it’s a bread knife that looks like a hand saw.  Except, you know, it can only hack bread.  That way, you can slice off big loaves into smaller pieces the same way you saw off plywoods and 2x4s in the garage workshop. 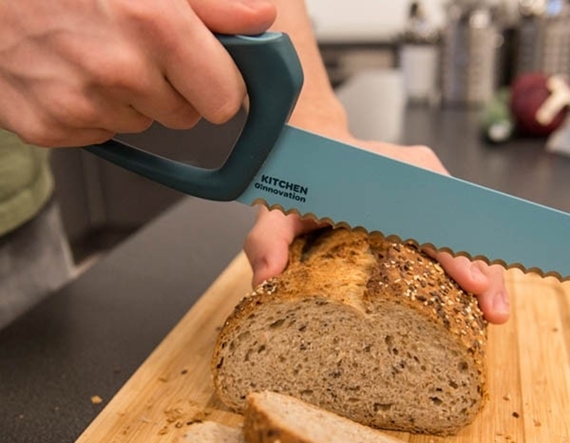 While the Unikia Bread Knife’s unusual appearance makes it very unique, the design isn’t actually just for novelty.  Instead, it’s meant to be safer and more ergonomic than traditional bread knives.   That saw-like handle actually facilitates an easier grip, while the soft coating on the same handle makes it more comfortable than conventional loaf choppers.  The user’s hand position on the knife is also engineered to make it require less force to carry out bread-slicing duties, so you can expend all that energy on your post-meal workout instead.

For the blade, they use silicone-coated Japanese steel that’s less-likely to stick to the food you’re cutting up (easier to clean), with rounded edges, instead of sharp tips, that won’t easily pierce the skin, even if you stab yourself for no apparent reason whatsoever.  Do note, the knife won’t actually prevent you from putting the fingers holding the bread in the way of the blade like you always do, so it won’t exactly solve all your kitchen cutting mishaps until you learn to claw your hands.

The Unikia Bread Knife is available now, priced at £14.95.