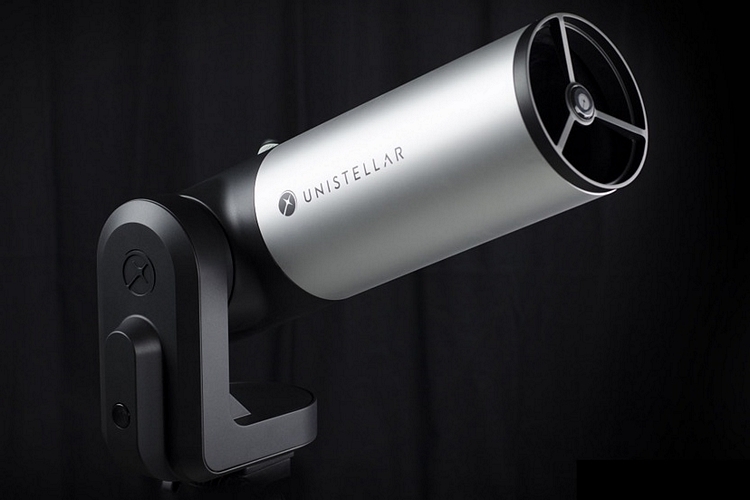 You know how, in movies, they’ll depict stargazing through a home telescope to be such a soul-stirring experience? For most people, it actually isn’t. That’s because few of us are able to afford telescopes that can actually capture the night sky the way they are presented in full-color astronomy photo books. The Unistellar eVscope wants to change that.

Billed as an “enhanced vision telescope,” the device uses a proprietary system of sensors, optics, and custom image processing algorithms to capture and amplify accumulated light from a faraway target, essentially stacking up all the images it receives over a short period of time to build a sharp and vivid picture. The result is a consumer-grade telescope that can take astrophotography images with comparable quality to large and expensive professional equipment, putting a powerful tool in the hands of regular folks with a curiosity about the universe at large. 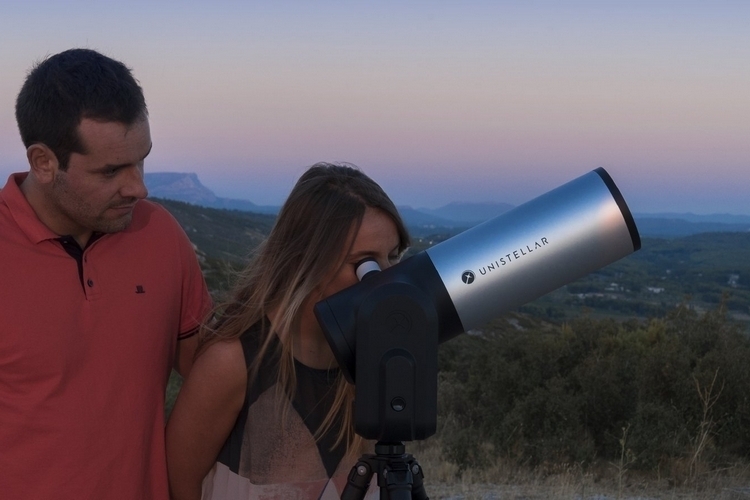 The Unistellar eVscope combines a Sony IMX24 image sensor with a 4.5-inch mirror that has a 450mm focal length. It has a maximum magnification of up to 150x, allowing you to see heavenly bodies as far away as Pluto (albeit, it will appear as nothing more than a dot), with the ability to image objects as faint as 15 apparent magnitude, so you can see dim objects that were previously only viewable using professional equipment. That means, amateur astronomers can easily track individual asteroids from the comfort of their home balconies (or apartment building roof, whichever the case may be), so you can take a gander at which you’ll want to colonize first when you do become a space miner. Or something.

It comes equipped with a sky recognition technology that enables it to detect the direction it’s pointed at, allowing users to receive contextual information about what they’re seeing via the accompanying smartphone app. Whether that’s a star, a nebula, or a planet in your field of view, you can easily find out by running a check on your phone. According to the outfit, it achieves this feat by combining input from the telescope’s six-axis magneto-accelerometers and their in-house star database, the latter of which is only getting more comprehensive over time. 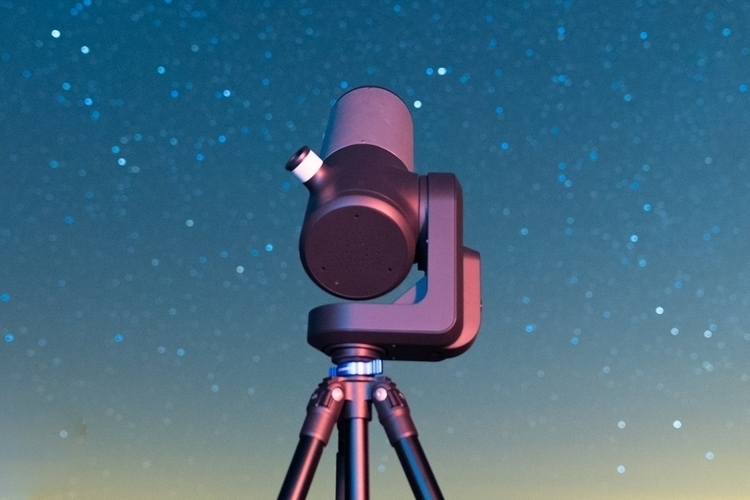 The Unistellar eVscope has a micro-OLED display that shows the amplified image at a 1,000,000: 1 contrast ratio, with onboard Wi-Fi allowing it to transmit both images and data to a companion app, whether on a PC or a smartphone. It has an onboard battery that allows it to run for up to 10 hours between charges, so you can take it outdoors for a night of stargazing without any problems. 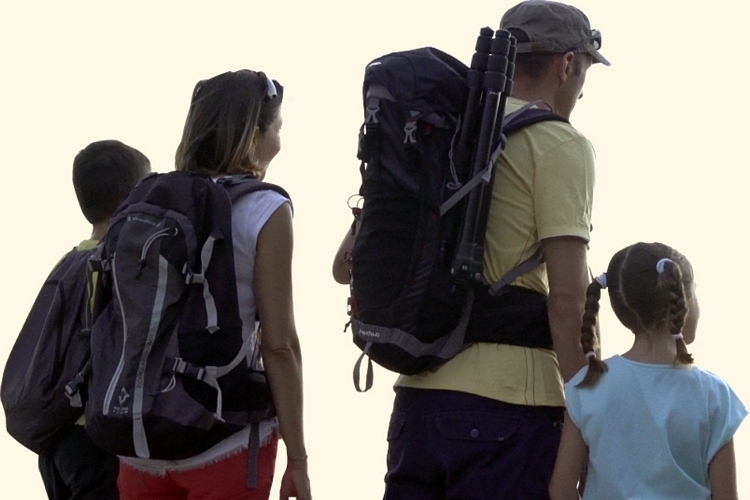 Need help finding a specific star? Not a problem, as it comes with automated pointing capabilities – just input what you’re looking for on the app and it will upload all necessary coordinates to the telescope, after which it can align itself all on its own. Because of this capability, the app comes with a Campaign mode that allows scientists to send requests to eVscope owners for additional images of space events (like a comet passing). In this mode, the app will automatically upload all coordinates and instructions, so you just approve the request, turn on the telescope, and the darn thing will focus all on its own.

A Kickstarter campaign is currently running for the Unistellar eVscope. You can reserve a unit for pledges starting at $1,499.