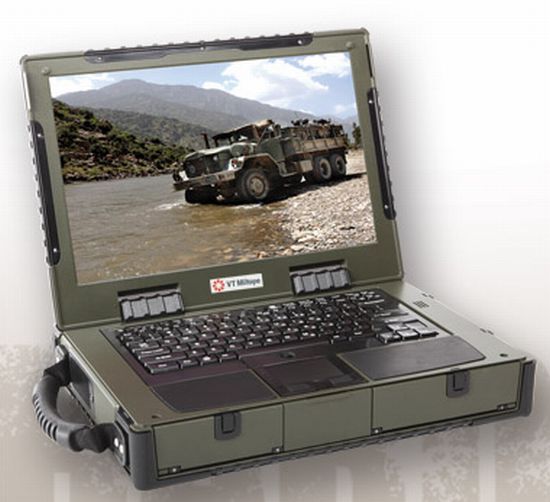 Did you brag to your friends about how tough your laptop is?  If someone pulled out one of VT Miltope’s portable computers, you probably would have ended up cowering in the corner.

Designed for the military, there’s no mistaking the machines for anything but an ultra-rugged computer.  Maybe, if you’re paranoid, you might mistake it for a suitcase bomb, but that’s it.  When you’re hitting the battle lines, after all, you want your computer with just a tad more survival capabilities, lest risk having it wrecked with just a single incident.

More importantly, these machines are all equipped to pass the military’s brutal MIL-STD-810F durability standards.  That means withstanding drops from any orientation, apart from having built-in capabilities to come out of brushes with water, dust, fungus, explosive impacts, EMPs and lightning strikes unscathed.  As you can imagine, these things are no looker (they’re big and burly), but they do sport the form factor needed to get the job done.

Aside from laptops, VT Miltope also produces similarly rugged handhelds and mounted computers.  If you want to see the ugly but dependable computers in person, they’re showcasing the machines at an AUSA (Association of the US Army) event from October 25 to 27.