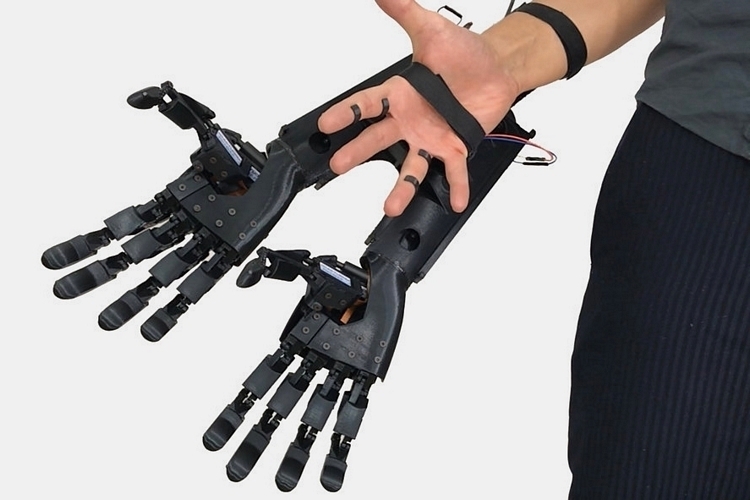 Would we rather have four hands than two? We’re not exactly sure. I mean, it will definitely help with multi-tasking, but would it really change your life in a significant way? If you’re so inclined, you could find out with Youbionic’s Double Hands.

A prosthetic that puts two hands at the end of your right arm instead of just one, the darn thing kind of doubles the amount of things you can do with that limb. Whether you want to carry two beers around the party while eating a pizza with your left hand, hold both of your girlfriend’s hands while still holding on to a beer in one hand, or maximize the amount of Nerf blasters you can carry during a game, this thing should handle all that and more. 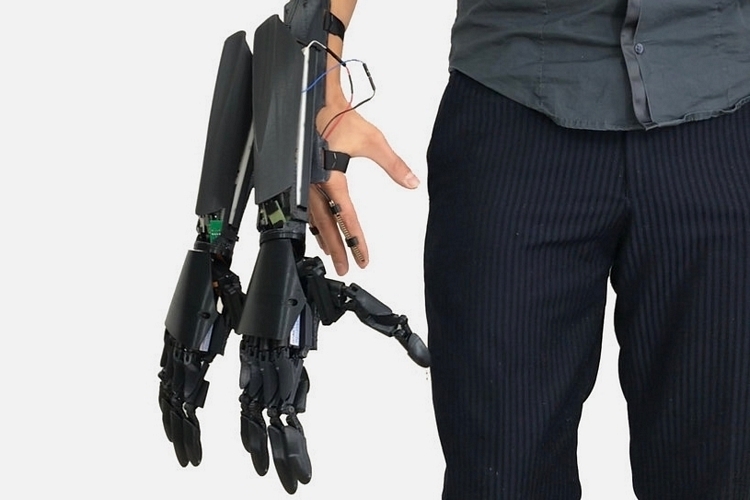 The Youbionic Double Hands aren’t exactly sophisticated prosthetics, as the current function is restricted to open and closed states. That means, you can use it to grab someone by the collar two-handed, hold a bottle of condiment each, and bitch slap that dork laughing at your prosthetics with maximum face coverage, but not for more sophisticated functions that require individual control of the thumb and fingers.  You know, like picking your nose, playing the piano, and trying to pick up girls in a noisy club using sign language. Do note, the demo video doesn’t actually show the robot hands grabbing anything, so we’re not entirely sure if it can even carry a red solo cup, but you’re definitely open to try. Plus, if it can’t, the Arduino microcontroller serving as its brains can probably be programmed to do just that. I mean, if it can’t, then it’s pretty much useless beyond serving as an exorbitantly-priced cosplay prop.

When worn, you control the opening and closing of one hand using your forefinger and the other using your ring finger. That means, you can close one and leave the other open, as well as synchronize them to work in unison.  We know, it doesn’t sound so impressive for a robot arm, but it is interesting for a first-generation device, especially with the novelty of replacing your right hand with two right hands (I mean, the weirdness of that idea alone makes it enjoyable in my book). 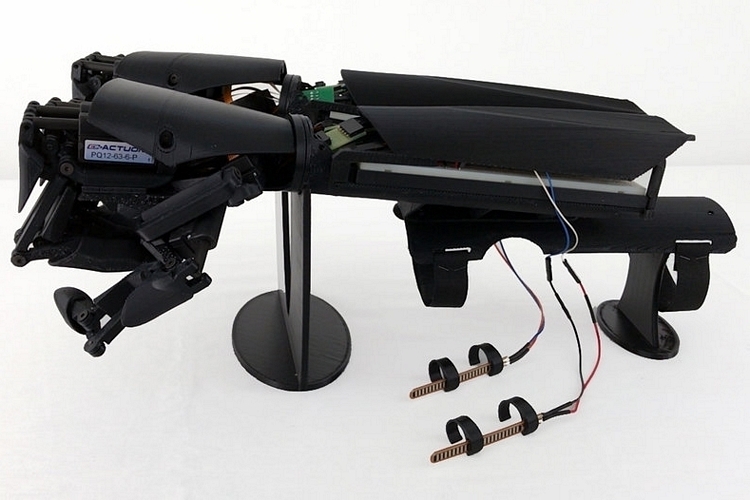 The Youbionic Double Hands is a limited run product. As such, it isn’t mass-produced in a factory or workshop. Instead, majority of the components used in every unit is 3D-printed, from the mounting plate that goes on top of your hand to individual fingers to the joints that connect theam together. It uses six Actuonix actuators on each robot hand to run through the open and close sequences whenever the users moves the corresponding finger. 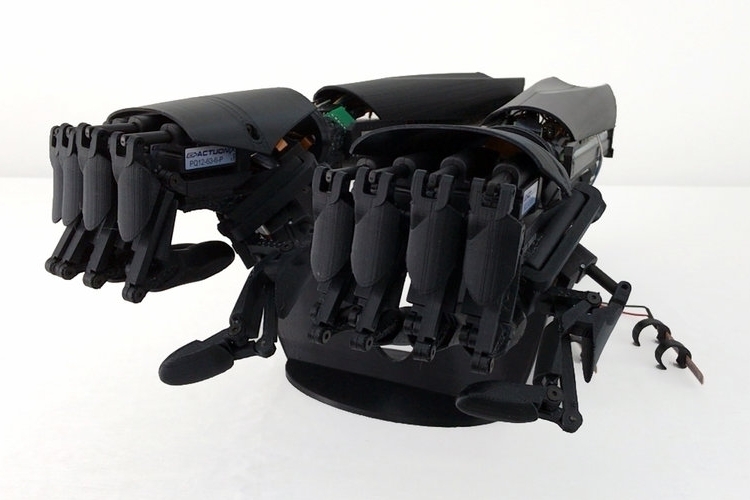 Because of its 3D printed nature, you can just imagine the amount of time it takes to fabricate, clean up, and assemble each one of these plastic prosthetics into a working unit. As such, it’s not going for cheap, with the Youbionic Double Hands currently retailing for €1,799.