Pillow Fights Are Always More Fun With Chainsaws, Machetes, And Other Plush Weapons On Tap 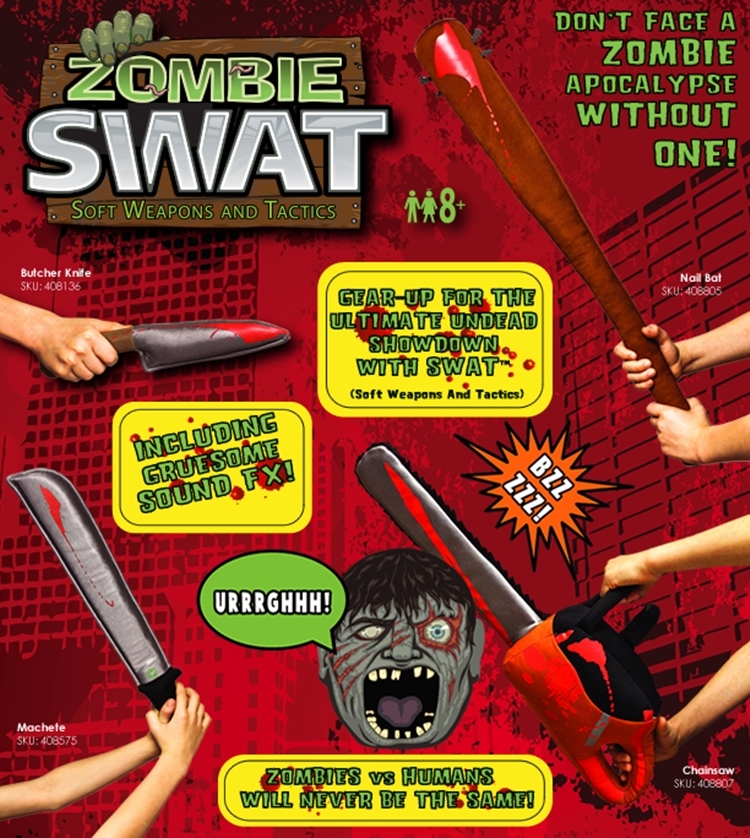 Your Nunchuck Pillow has served you well in many pillow fights, but you can only engage in pillow battles as a ninja so often before you eventually get bored. Fortunately, it doesn’t have to be the case. You can soon reinforce your pillow armory with even more awesome weapons using the Zombie SWAT (Soft Weapons and Tactics).

Made by Factory Entertainment, it’s a new line of plush pillows clad in the form of various types of zombie-fighting melee weapons. That way, you can have more soft fighting options at your disposal, whether for beefing up the pillow fights at your daughter’s sleepovers or introducing hand weapons to your office Nerf battles.

Four toys will be dropping at the initial launch of Zombie SWAT.   There’s a butcher knife you can wield for close-quarters combat, a machete for hacking at your enemies like a rough and rugged woodsman, a nail studded baseball bat for some wild urban melee, and a chainsaw for those days you want to inflict Jason-levels of mayhem. Not only will these plush weapons allow you to change up your combat style, they also come with built-in sounds both for the weapon and the zombie at the receiving end of each attack, making any soft weapon play a whole lot more immersive. Each one  comes printed with blood spatter graphics for an even gnarlier, battle-tested appearance.