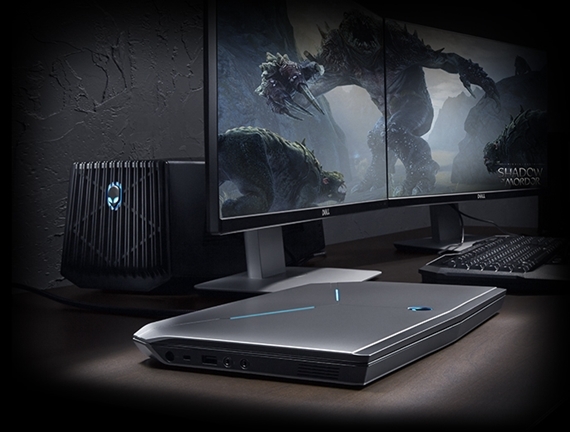 Even the most powerful gaming laptops aren’t likely to let you play the most resource-hungry games with all settings on high.  High-end gaming and reasonably portable laptops are just mutually exclusive things.  At least, that was the case before the Alienware Graphics Amplifier.

Released alongside the Alienware 13 laptop, the Graphics Amplifier is a chassis that houses a powerful desktop-grade GPU that can plug into your laptop to give the computer access to its graphics processing capabilities.  Essentially, it turns a less-powerful gaming laptop into a rig that can stand toe to toe with desktop gaming computers.  That way, you can keep just one computer for both gaming and work, instead of having a gaming desktop at home and a laptop for use on the road. 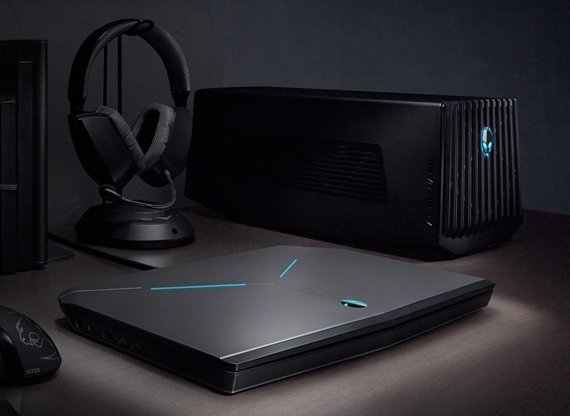 The catch?  The Alienware Graphics Amplifier uses a proprietary connector, so it’s not compatible with every laptop out there.  Heck, it’s not even compatible with Alienware’s old laptops, since it uses a USB/PCIE connector that will only come with the Alienware 13, along with future laptop releases from the company going forward.  The device, which is about the size of a micro/mini-ATX case, supports, pretty much, any desktop-size graphics card that won’t otherwise fit into a laptop’s slim shell, from high-end $300 models to extreme units like the dual-GPU Radeon R9 295X2.  It comes with two display outputs and four USB 3.0 ports.

While the proprietary connector definitely dampens the excitement, we do love the idea behind it.  If Alienware can figure out how to make this work with something more universal, though, we imagine they’ll be moving a heck of a lot more of these things.  Razer Blade with a desktop GPU, anyone?

The Alienware Graphics Amplifier is now available for preorder, priced at $299.