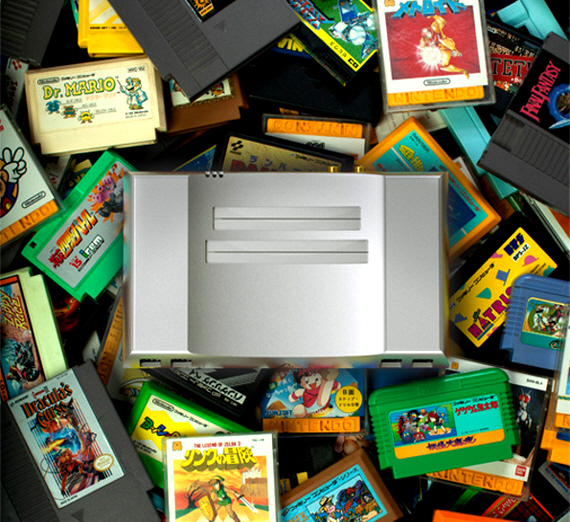 Why would anyone want to buld a NES clone in 2014?  We have no idea or more like Why the heck not!.  But, hey, if there is a market for game consoles borne out of manchild nostalgia, so be it.  And while there have been many that came before it, the Analogue NT is inarguably the most beautiful we’ve seen, so you can reclaim some semblance of adult taste while partaking in the ancient joys of Bomberman and Donkey Kong Jr.

Taking a cue from modern design for premium gadgets, the console is housed in a case that’s precision-fabricated from a single block of aircraft-grade aluminum, likely making it the most beautiful gaming machine to ever grace your media cabinet.  Heck, it’s probably prettier than your Xbox One and PS4 combined, so it’s going to be quite the presence.

More than a sleek enclosure, the Analogue NT claims to come with a full set of hardware to satisfy even the most audacious videophiles and audiophiles.  They won’t reveal any details about that yet, but we’ll keep our fingers crossed that it lives up to the promised hype.  Unlike many current clone consoles, this doesn’t use a software emulator — instead, the hardware runs actual NES cartridges (no, gamer soap cartridges won’t work), so you can enjoy the 8-bit games of your childhood on the exact machine they were meant to run on.  It supports four-person play on NES’ entire library of over 2,000 titles.  No word on whether it will play nice with controllers and accessories from the era, although it really won’t be as awesome if it doesn’t.

Analogue Interactive will be revealing full details for the Analogue NT, as well as opening preorders, at the end of March.