Want To Build A PC With 22 Hard Drives? Now You Can With The ASRock X99 Extreme11 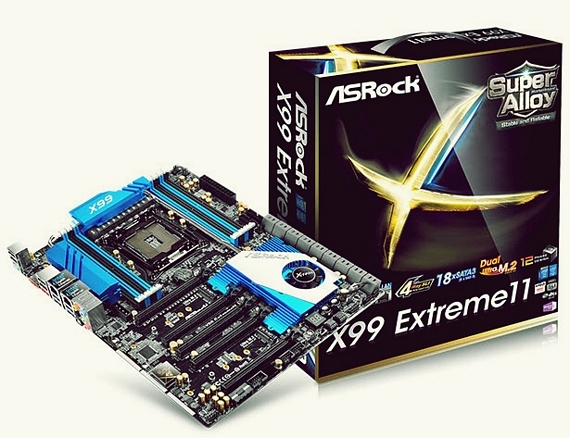 Whatever weird, specific requirements you have for the next PC you’re building, chances are, there’s a part in the market that can accommodate even your most inane ideas.  Yes, even if that idea involved housing 22 different drives inside a single PC case.  If that’s what your heart dictates, simply include this ASRock X99 Extreme11 in the next month’s shopping list and you’ll be set.

That’s right, a whopping 22 drives on a single board.  We’re not sure what kind of case you’ll need to house such a massive collection of rectangular slabs (maybe a desk PC?), but this is the motherboard that will let you put together a single computer that just happens to be a veritable, self-contained data center. 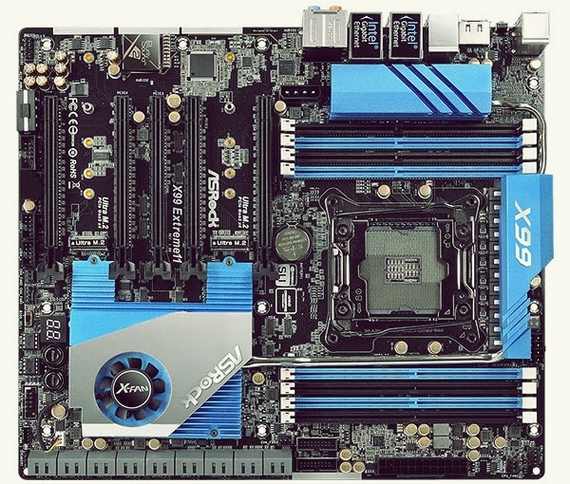 Of those 22 ports on the ASRock X99 Extreme11, eight are SAS-3 12GB/s, ten are SATA 3 6Gb/s, two are eSATA, and two are M.2 SSD slots.  So, yeah, you still won’t have unlimited storage, but, man, it’s going to take a lot of torrents (and legit media files, of course) to even come close to filling up 22 drives’ worth of storage space.  Plus, you won’t be exposing any of your data to the dangers of a public cloud, which is never a bad thing.

Aside from the ridiculous amount of storage options, the board is relatively tame albeit high end.  Designed for LGA 2011-3 sockets (Haswell-E CPUs), it features four-way SLI and four-way CrossFireX, five PCIe Gen3 x16 slots, eight DDR4 RAM slots with a max capacity up to 128GB, Gigabit LAN with Teaming support, 7.1 HD audio, and eight USB ports (four 3.0 and four 2.0).

No pricing for the ASRock X99 Extreme11 has been announced, but you can check out the official product page to learn more.